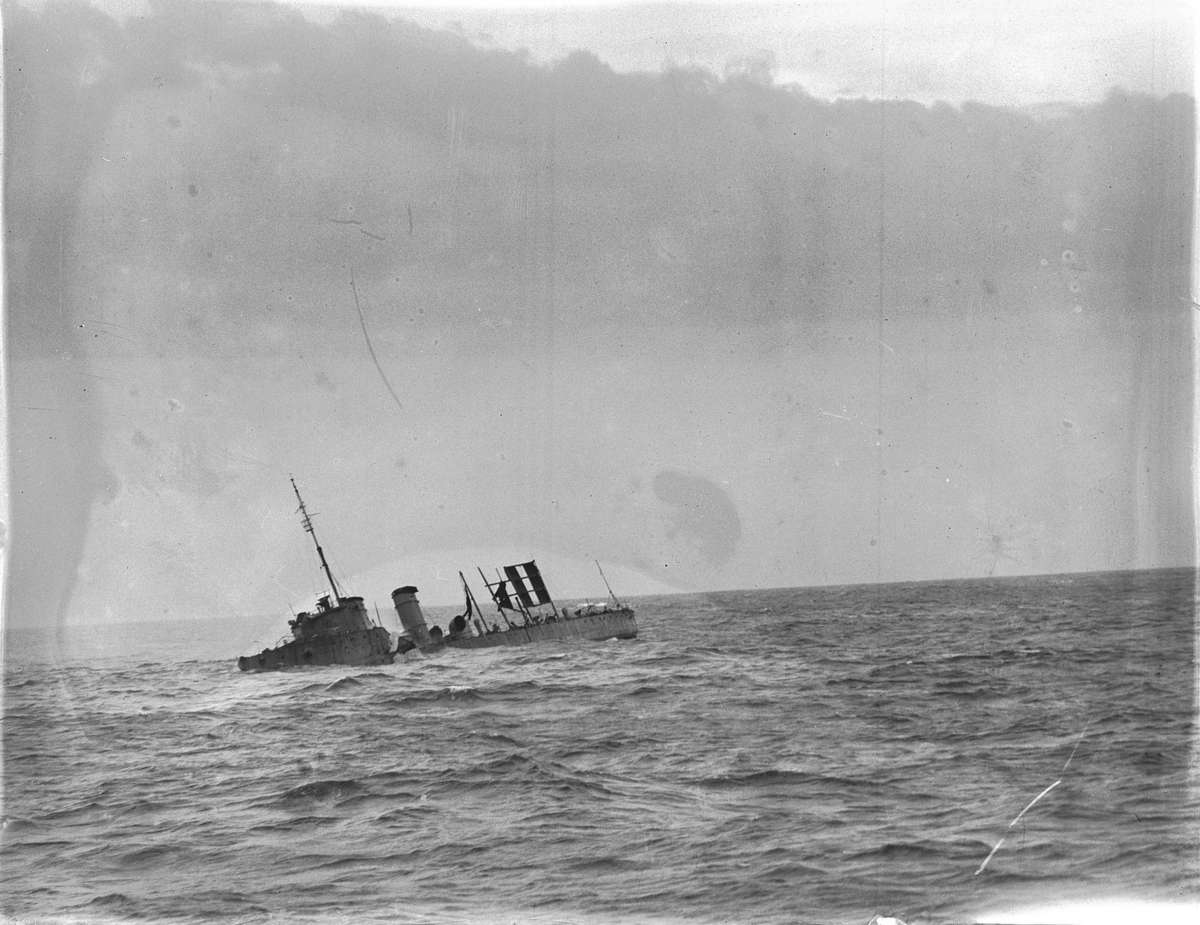 The scuttling of Adelaide reminded me of a series of photographs we have detailing the sinking of HMAS Torrens off Sydney in 1930. Torrens was towed out to be used as a target during Fleet Gunnery Practice. Under the watchful eye of high ranking naval officers and politicians, as well as the media, HMA Ships Canberra and Albatross fired salvo after salvo at the former torpedo boat destroyer. Newspaper reports described in detail the event with this wonderful report from the SMH, (Torrens) ‘refused time after time to yield to the grasping waters which sucked into the gaping holes left by shells’.  Bigger charges were brought to bear in an effort to sink Torrens but she was ‘obstinate to the end’ and a demolition party was ordered on board to deal the final blow. Finally ‘after a few desperate rolls the hulk plunged into the depths’, the demolition party having rowed out of the way in the nick of time.

Compare this with the almost serene way in which Adelaidegracefully sank beneath the waters having had explosives expertly placed to facilitate her sinking.