In 1987 the Australian National Maritime Museum acquired a pearling lugger from Broome. The John Louis was built in 1957 and operated for 30 years in the pearling industry in north-western Australia.

The vessel is a gaff-rigged motor ketch and was built from jarrah and karri timber. Up to the 1970s, pearling was still very dangerous seasonal work that was performed in hard-hat diving suits by mostly Japanese, South-East Asian and Aboriginal people. European Australians rarely competed with these skilled divers until the industry was transformed with the introduction of the ‘hookah’ system in the early 1970s.

The John Louis was involved in trials of this new system of light breathing apparatus connected to an air supply on the deck. After the trials proved the success of the system, and that it did not require hard-hat diving skills, the vessel’s foredeck was raised to create more cabin space for the new European Australian crews who generally needed more headroom than previous crews. 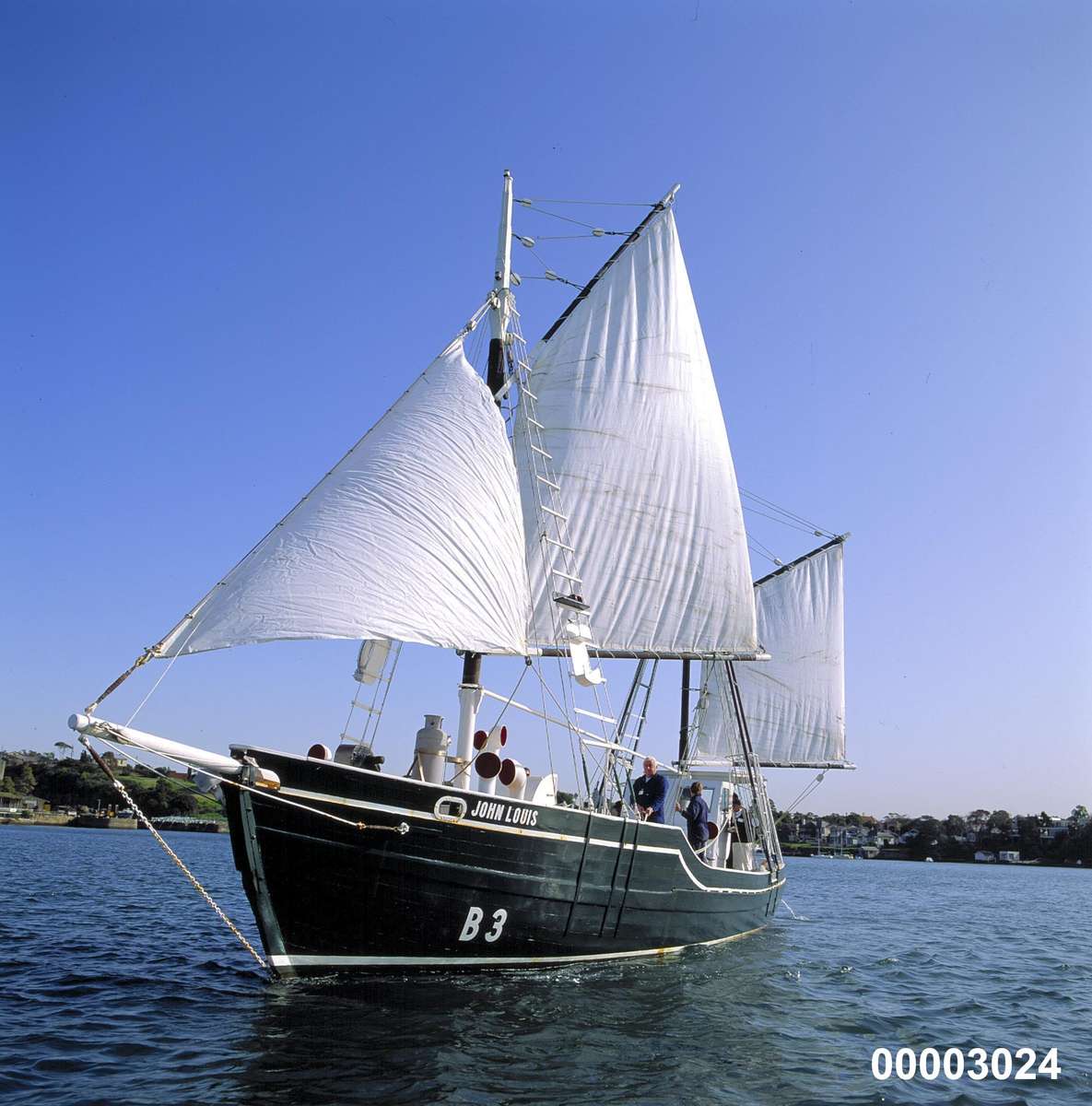 The John Louis on Sydney Harbour in 1988

The ANMM fleet staff have been doing some restoration work on the vessel. Work on the foredeck has revealed that the  planked decking lay under a plywood sheathing. The museum is interpreting the John Louis at its last ‘phase’ as a pearling lugger in the 1980s, just prior to its acquisition. Because the original decking underneath is in very good condition the question arose as to whether this sheathing was on the boat then and whether it should be kept or removed.

The problem is that it has been difficult to work out precisely when the ply was installed.

One ex-crew member recalls that even after the foredeck was raised in the early 1970s to accommodate the larger Australian divers, there was no plywood covering, at least until 1980 when he finished working on the boat.

Anyone who may be able to help with information on the John Louis, please do get in touch!