It may seem unlikely that a naval officer who fought in the Crimean War and who led the introduction of steam engines and ironclad warships into the French Navy would possess a delicate painterly hand. It also seems unlikely such a man would  favour rustic scenes of Malyasian dock workers or Indian fishing boats and their crews.  Yet Admiral François-Edmond Pâris was no ordinary nineteenth century French naval officer. 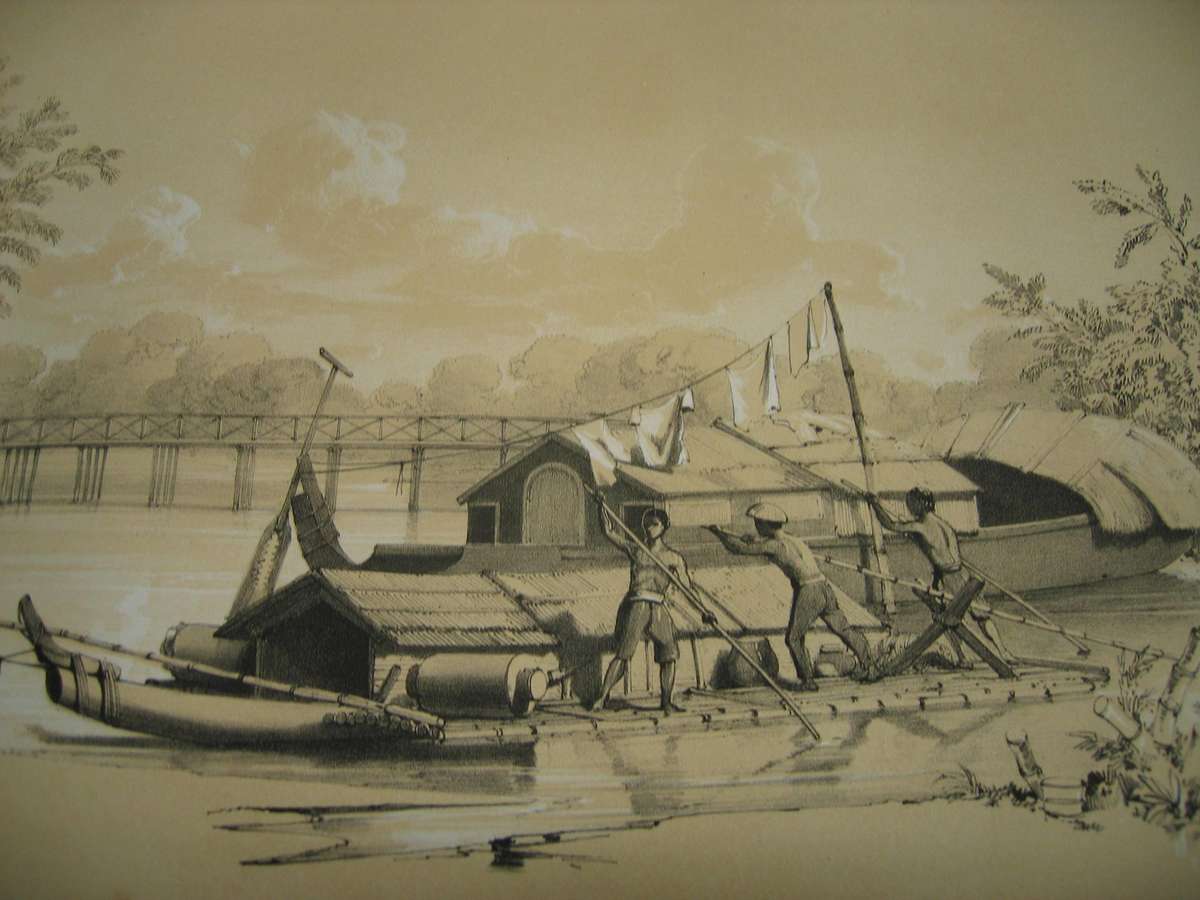 River boats at the Bay of Touranne in Indo-China

Admiral Pâris has to be one of the most fascinating characters in French maritime history. As a young man he was involved in the last of the grand French scientific expeditions to collect and classify the curiosities of the newly explored lands of Asia and the Pacific. He circumnavigated the globe with renowned French captains Dumont d’Urville and Laplace three times between 1826 and 1840.

Yet Pâris was also at the forefront of the introduction of steam ship technology into the French Navy and then later, was an important influence in the development of the great didactic museums of Europe. In his ‘retirement’ from the French Navy in 1871, Pâris became Conservateur or curator of the Musee de la Marine – the French Maritime Museum – until his death in 1893. During this time he ordered the construction of over 120 models of Indigenous watercraft based on his drawings and plans.

Pâris is best known for his fascination with Indigenous boats. During his Pacific voyages – where he visited Australian shores three times – the energetic Pâris documented what must have been every type of vessel he encountered. He drew plans and scenes of watercraft in such places as Senegal, the Seychelles, India, Malaysia, the Strait of Malacca, Vietnam, China, Singapore, the Philippines, Indonesia, Australia, Chile and Brazil. He drew canoes from Greenland, Arab dhows, Chinese junks, Malay proas and Pacific outriggers. 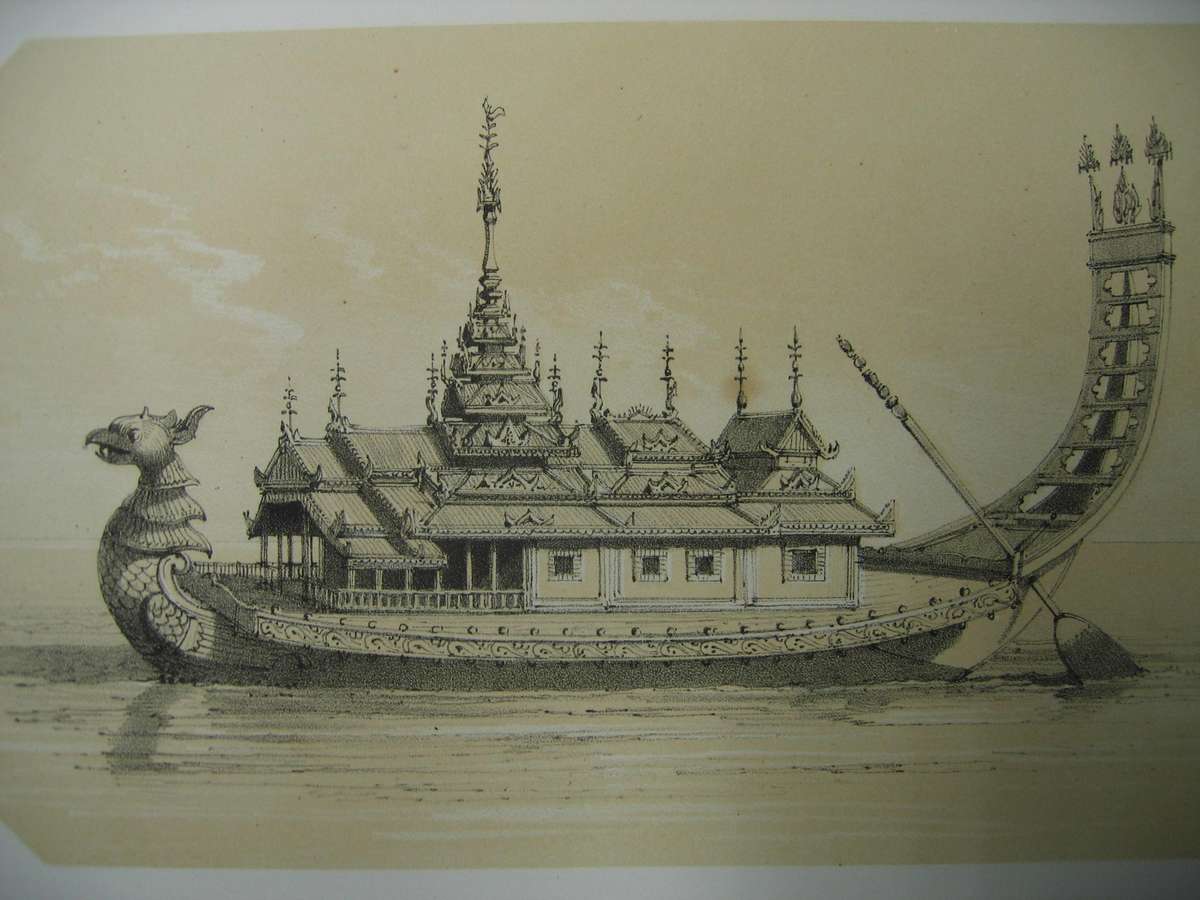 Ceremonial boat of the Burmese Emperor 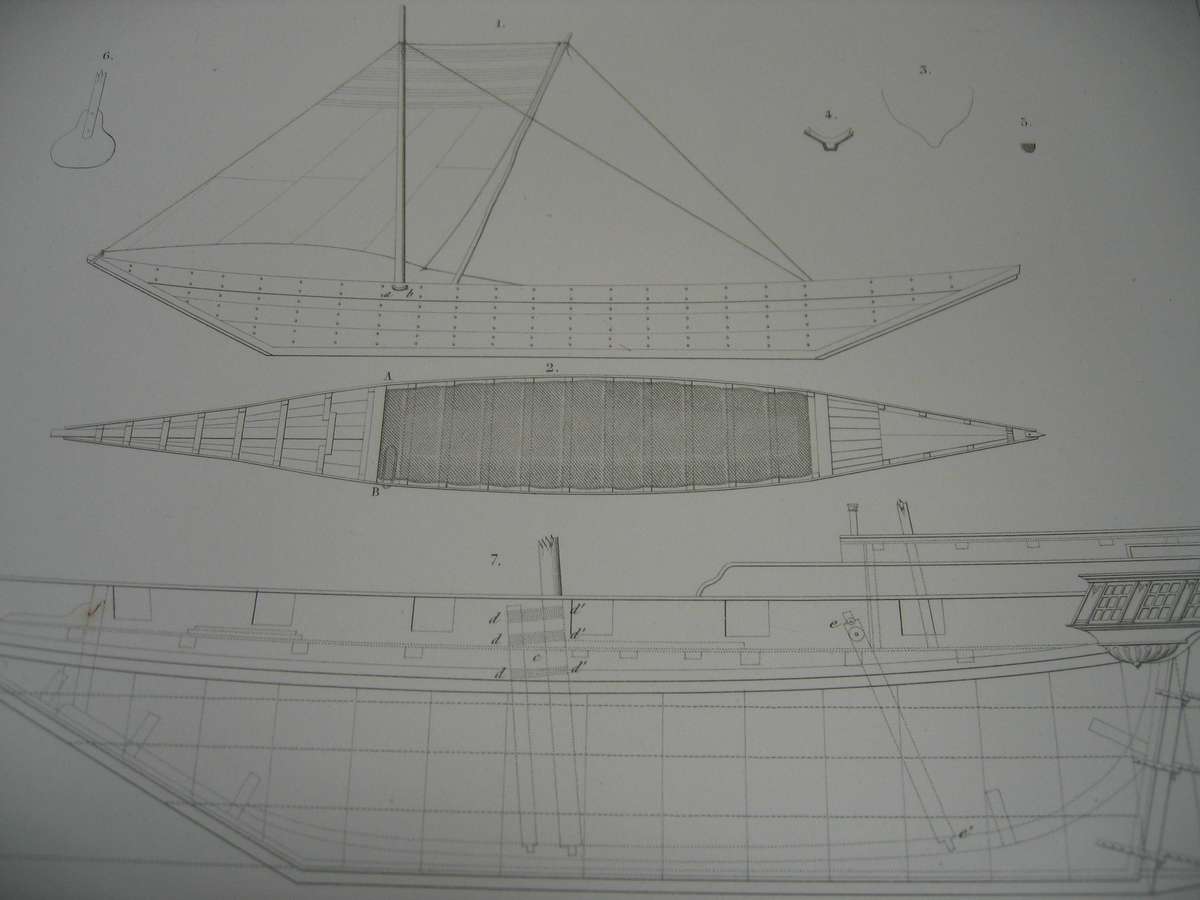 Plan of an Arabian dhow

Pâris’s obsessively ambitious work culminated in an astonishing encyclopedia of non-European vessels that was published by the French Government in 1841-3. The Essai sur la Construction Navale des Peuples Extra-Européens  or Essay on Non-European Naval Architecture, includes a wonderful series of lithograph plates of images and engraved vessel plans and cross-sections.

Pâris’s maritime ethnography of indigenous water craft is quite unique. His documentation of these vessels included meticulous plans of their structure and rigging that enabled accurate models to be made, yet he also painted some quite accomplished and vibrant scenes of these craft in use.

The lithographs produced from Pâris’s sketches and watercolours of busy waterfronts and working boats show different views of fishing vessels, lighters, sailing ships, canoes and barges. Not only do we see precisely how these vessels worked, but combined with his accompanying observations, Pâris provides us with a rich record of information about the Indigenous peoples who worked them. 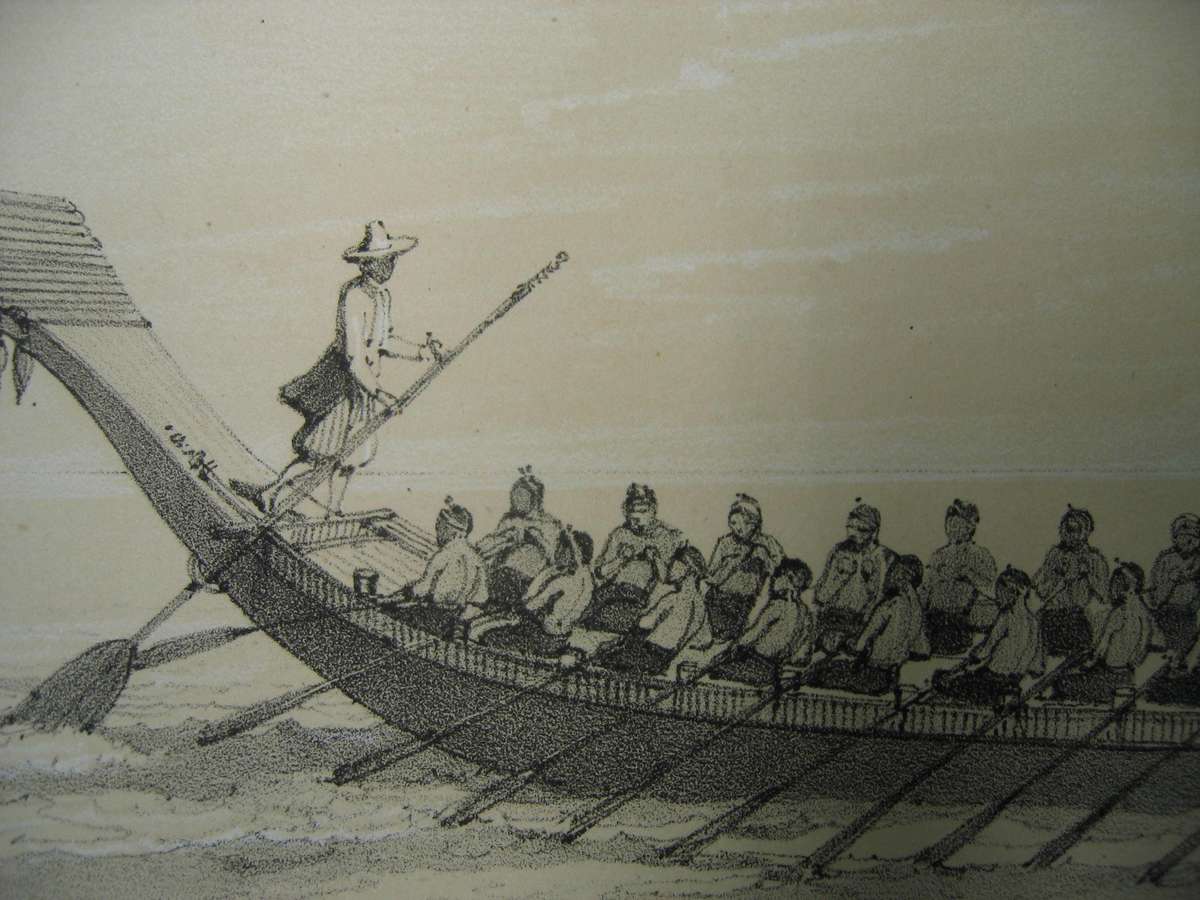 Pâris’s Essai sur la Construction Navale des Peuples Extra-Européens ranks as one of the greatest of all works on naval architecture. In 1994, with the assistance of the Louis Vuitton fund for collecting items relating to French exploration in Australia, the Australian National Maritime Museum acquired a copy. The sumptuously published folio is in two volumes, in thirteen parts, comprising 132 plates of lithographs and engravings as well as accompanying pages of explanatory text. It was a limited edition at the time and this significant publication is now quite rare.

As part of continuing the expansion of online access to the museum collection, over the coming weeks a selection of images and text from Admiral Pâris’s amazing encyclopedia will appear on the ANMM website. 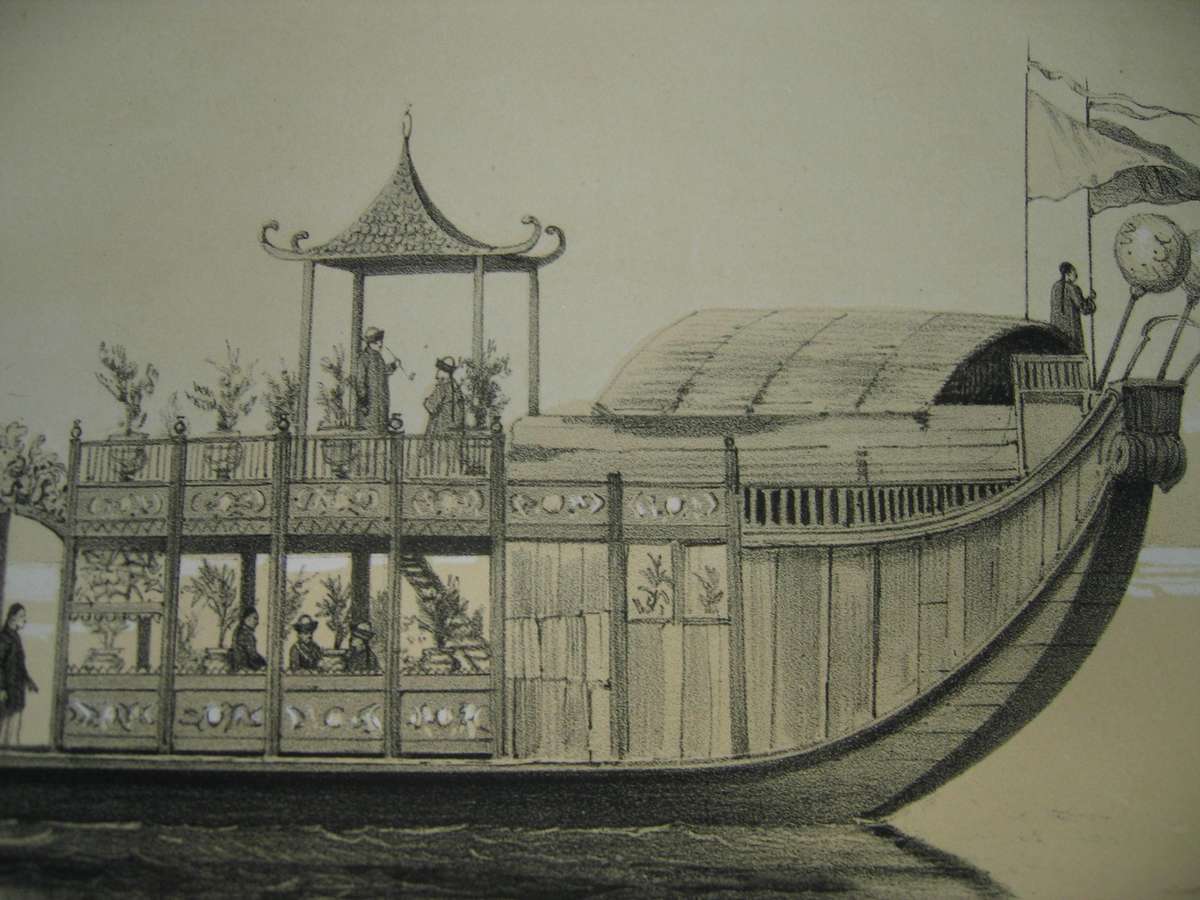 View all posts by Stephen Gapps→
Posted in: History and Colonisation , Vessels
↑