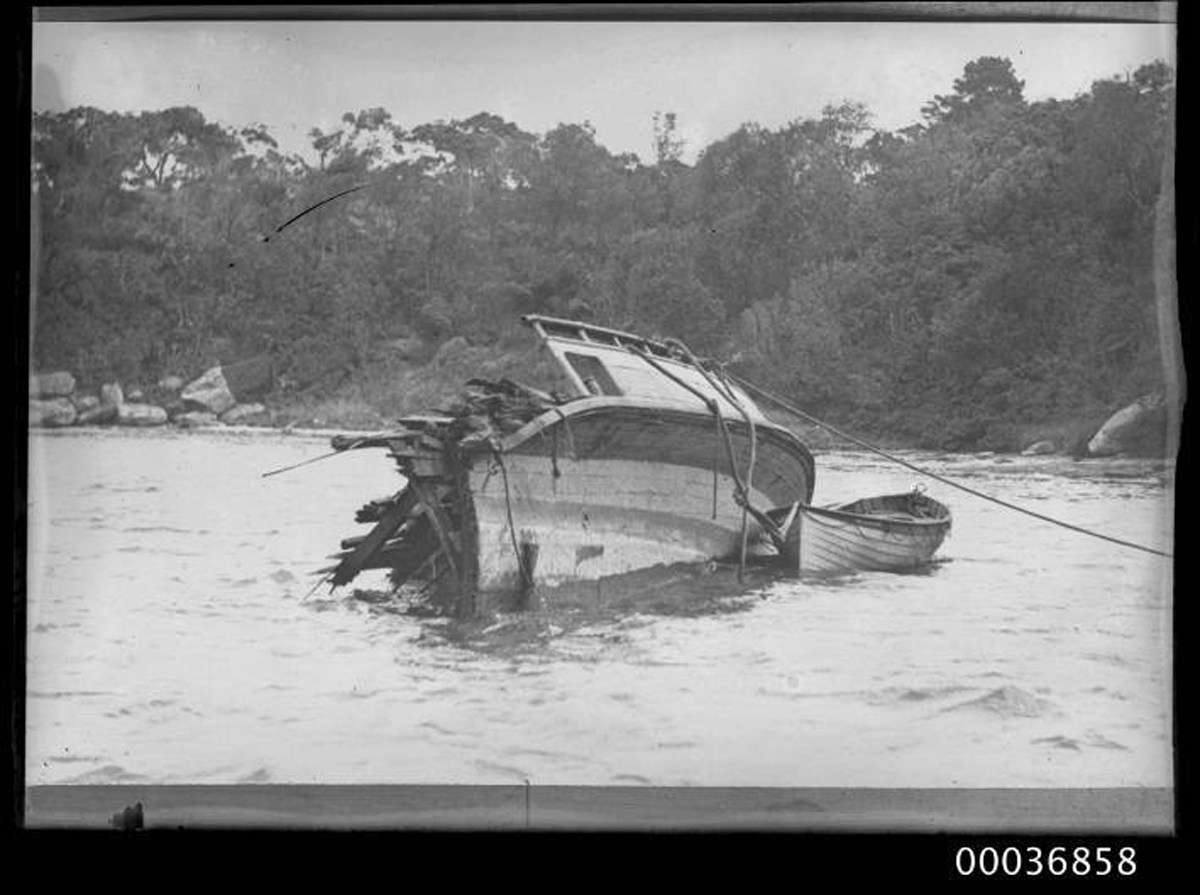 The partially submerged remains of the ferry Greycliffe, following the collision with Tahiti. 40 lives were lost in the disaster. ANMM Collection 00036858, Samuel J Hood Studio.

The sinking of the Greycliffe ferry on 3 November 1927 remains the most significant accident on Sydney Harbour to date. Forty lives were lost when the ferry collided with the Union Steamship Company’s liner Tahiti. The tragedy had a marked impact on the city – many old Sydney families can still recount their personal connections to the disaster, particularly those associated with the suburbs around Vaucluse and Watsons Bay where many of the victims lived.  It inspired significant plot points in the novels Waterways by Eleanor Dark (1938) and Careful, He Might Hear You by Sumner Locke Elliott (1963).

Today, on the anniversary of the disaster, we tell the story of Betty Sharp, the teenage girl who had a haunting impact on the recovery teams at the time of the accident and through subsequent retellings of the disaster. 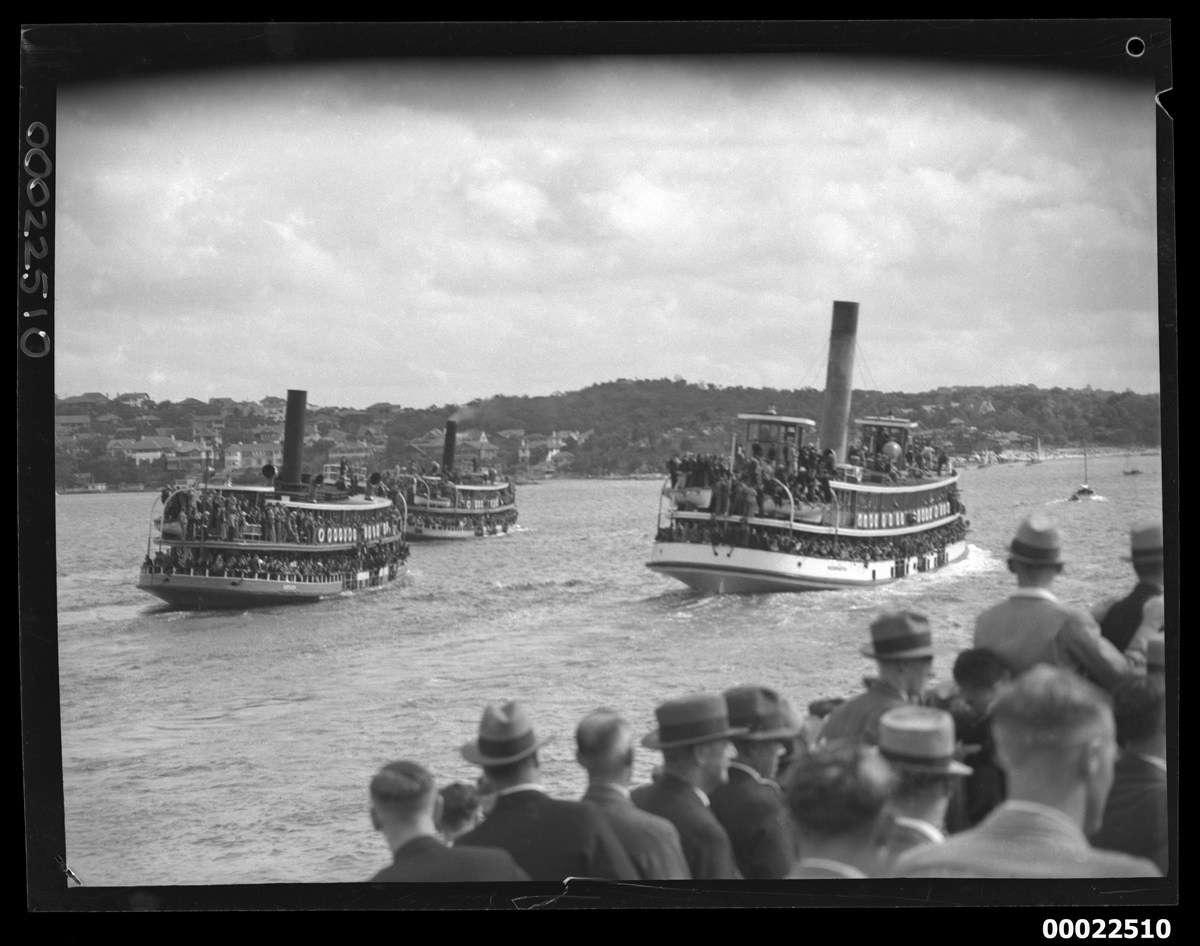 The Sydney Harbour shoreline has altered greatly since 1927 when the Harbour Bridge was more than four years away from completion, and landmarks such as the city skyscrapers and Opera House were decades in the future. But many aspects of life then on the busy waterway would be recognisable to us today – the ratio of commercial to recreational craft may have shifted and vessel design has modernised, but ferries filled with commuters and tourists bustle along their regular routes and passengers hop on and off at the wharfs along the waterfront. The numbers they carry have declined due to the advent of the Bridge and Tunnel spanning the Harbour, but the experience remains much the same. Regular commuters still lose themselves in their newspapers (many of them on tablets or phones rather than in print media), and passengers debate whether to sit inside the cabins or outside to enjoy either the sunshine or the thrill of rolling waves on a rough day.

Navigating vessels in a heavily used commercial and recreational space has always been potentially hazardous, and collisions on Sydney Harbour, while rare, have claimed lives throughout its history. The remains of the steamer Currajong, sunk following a collision in 1910 with the loss of one life, still lie 200 metres off Bradley’s Head. More recently, the 2007 collision of the private cruiser Merinda and the Sydney HarbourCat Pam Burridge saw four lives lost. But no collision within the Harbour has surpassed the death toll resulting from the sudden, catastrophic sinking of the Greycliffe. 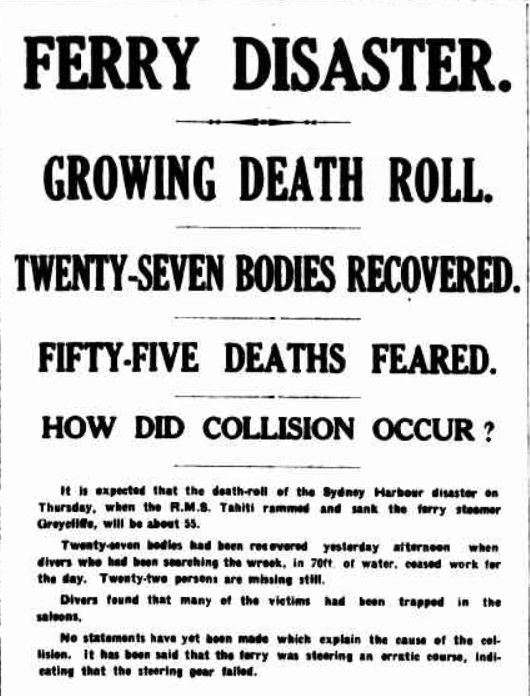 The Argus report of the disaster, Friday 4 November 1927. So sad and shocking was the accident that it was reported in the newspapers of Melbourne. Newcastle and even Brisbane. The Argus, via Trove.

The accident has been attributed to several factors: The speed of the Tahiti, the course of the Greycliffe, a design flaw in the Greycliffe’s wheelhouse which lead to a blindspot in the master’s vision and the loss of situational awareness. These factors were all the subject of investigation. The Court of Marine Enquiry found Tahiti at fault, the Coronial Inquest found both vessels had been negligent, and the Admiralty Court attributed blame to the Greycliffe. 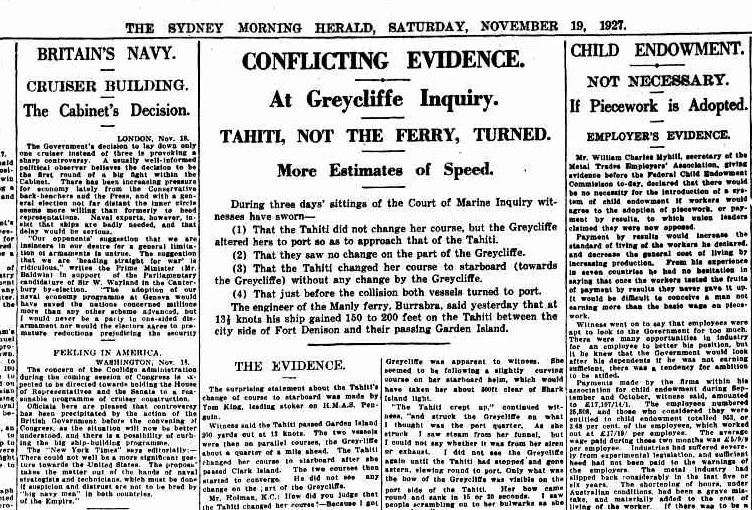 The sudden nature of the disaster led to confusion over the evidence of why it occurred. Sydney Morning Herald, via Trove.

The Greycliffe was on its regular 4.14 pm run from Circular Quay to Watsons Bay. The time of day suited homeward bound school children, and as such this particular run was dubbed the ‘School Boat’. In addition to tourists and city commuters, the ferry regularly picked up navy dockyard workers at Garden Island.

As passengers enjoyed the sunny afternoon, the Tahiti – a near 7600 ton mail steamer, bound for New Zealand and under pilotage – was making its way towards the Heads and the open sea. As the Tahiti bore down on the Greycliffe, the ferry’s crew and passengers had only moments to realise the danger they were in. 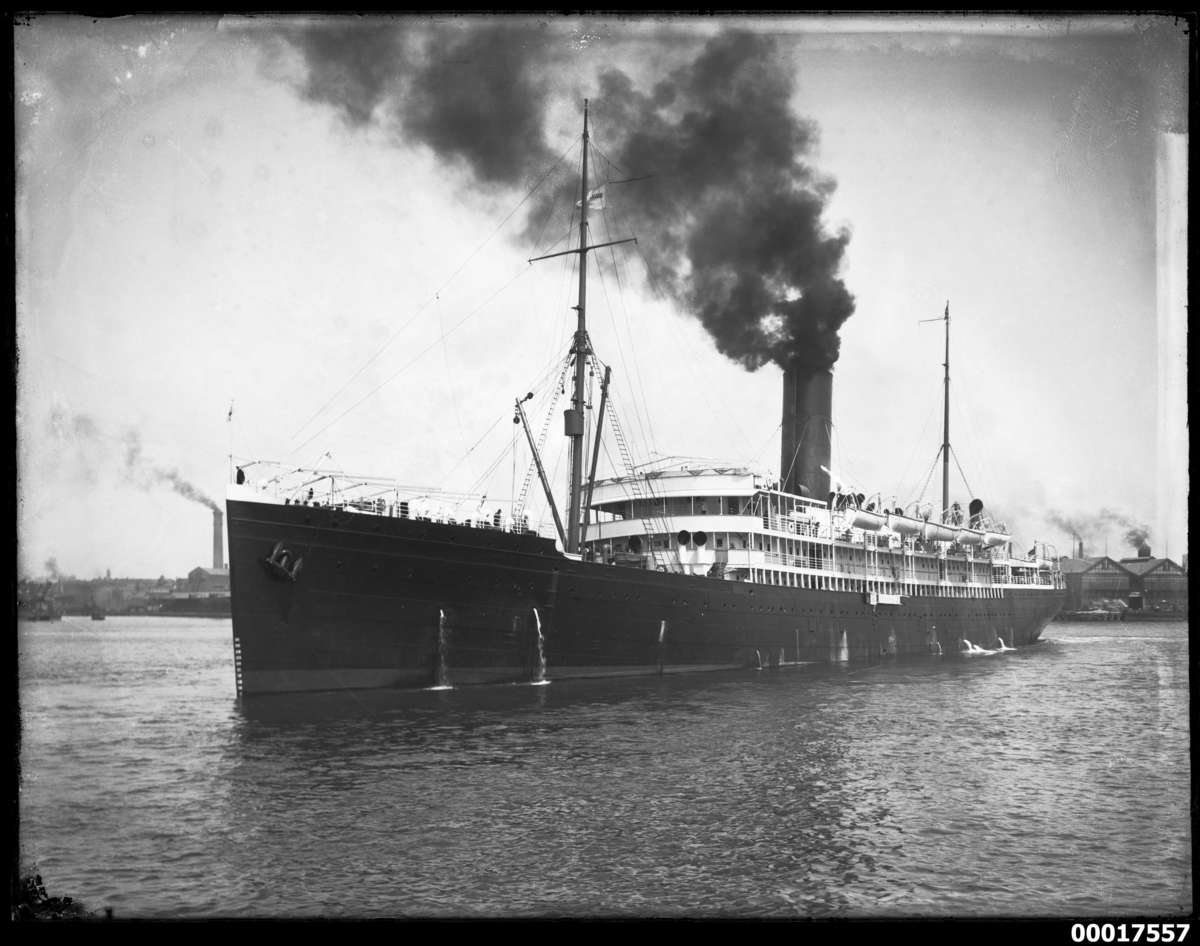 The liner struck the significantly smaller vessel by the aft gangway, briefly shunting it through the water across its bow before cleaving the ferry in two. Panicked passengers tried frantically to escape the ladies’ and smoking saloons as others were hurled into the air and propelled into the water by the impact. Some were sucked into the interior spaces by the rapid inrush of water. Cold seawater collided with the furnaces and a vast cloud of steam arose.

It took mere minutes for the hull parts to sink – those who were dragged down with it that were able to fight their way to the surface emerged in the midst of a screaming, thrashing crowd, struggling to find debris that would support them. The violence of the collision left many with injuries, as nearby vessels raced to assist and officers dove into the water to attempt rescues from the fortuitously nearby Water Police launch Cambria. 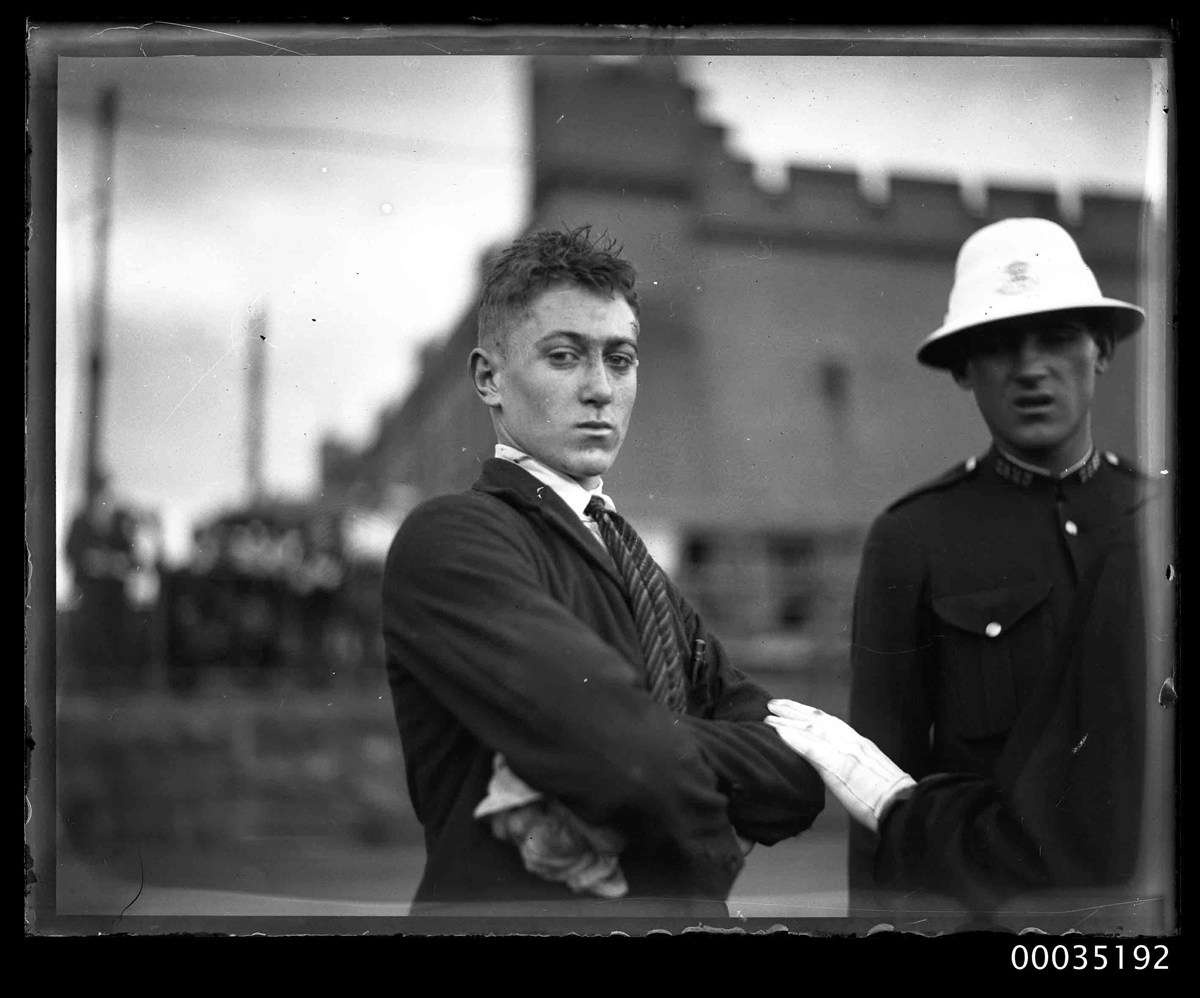 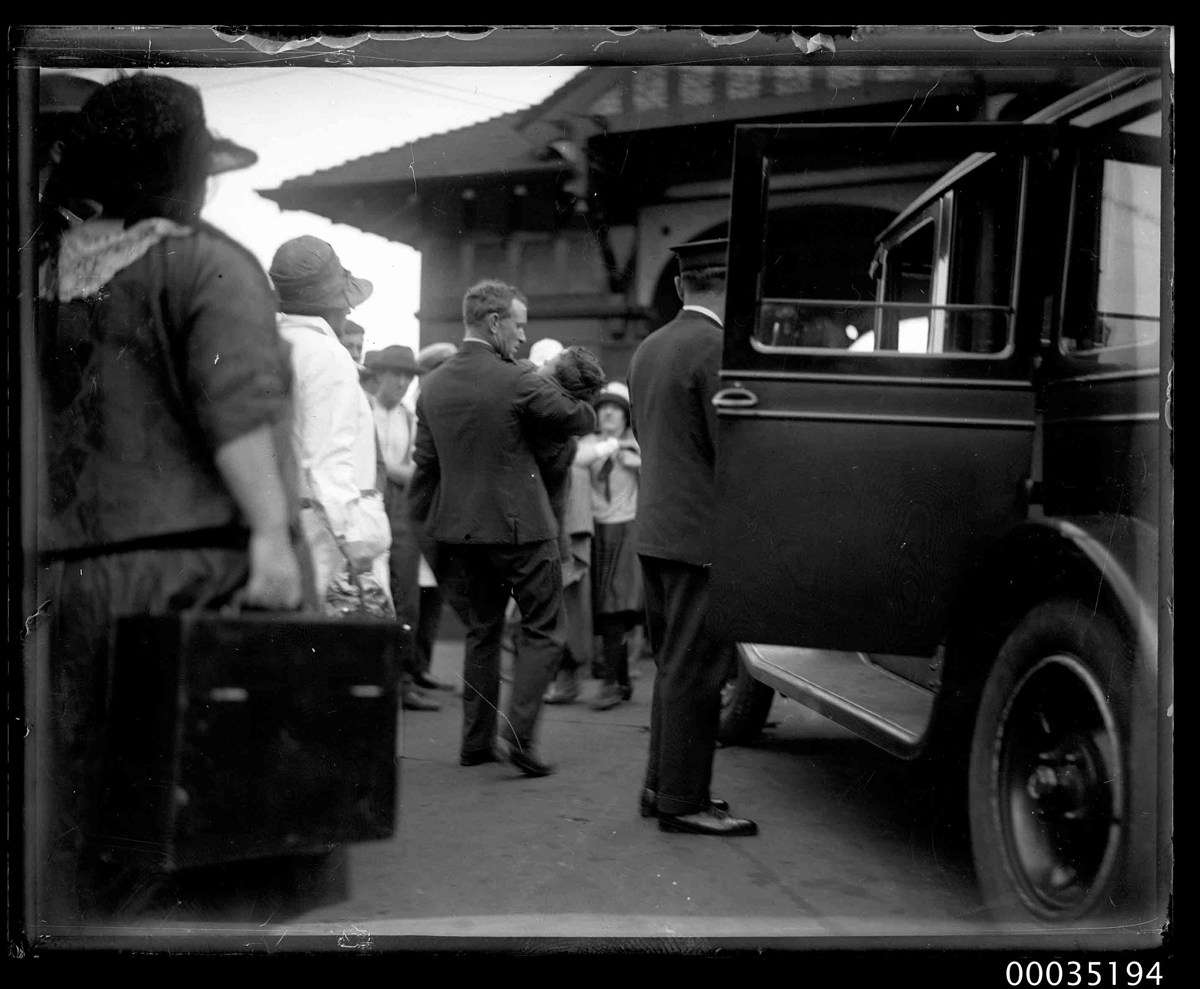 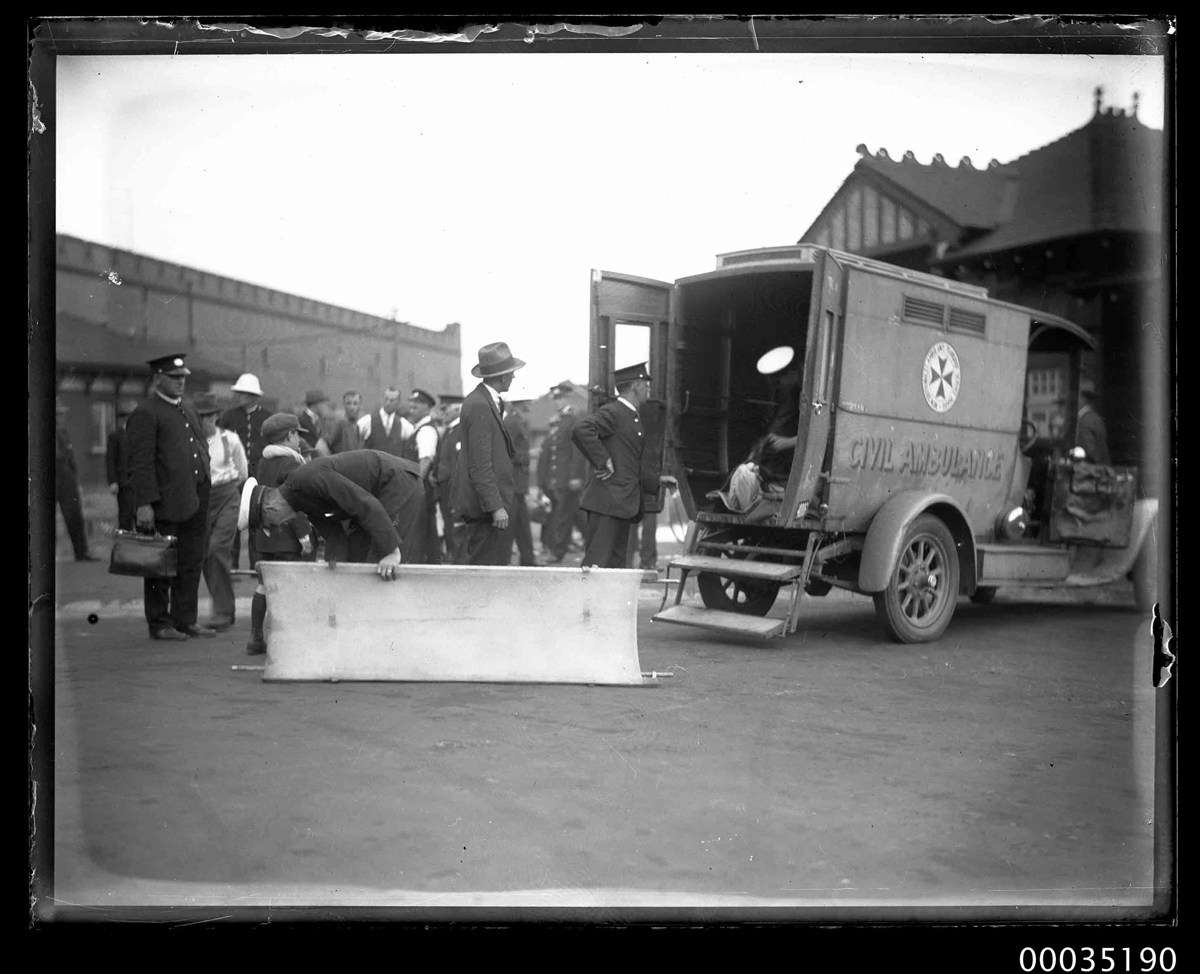 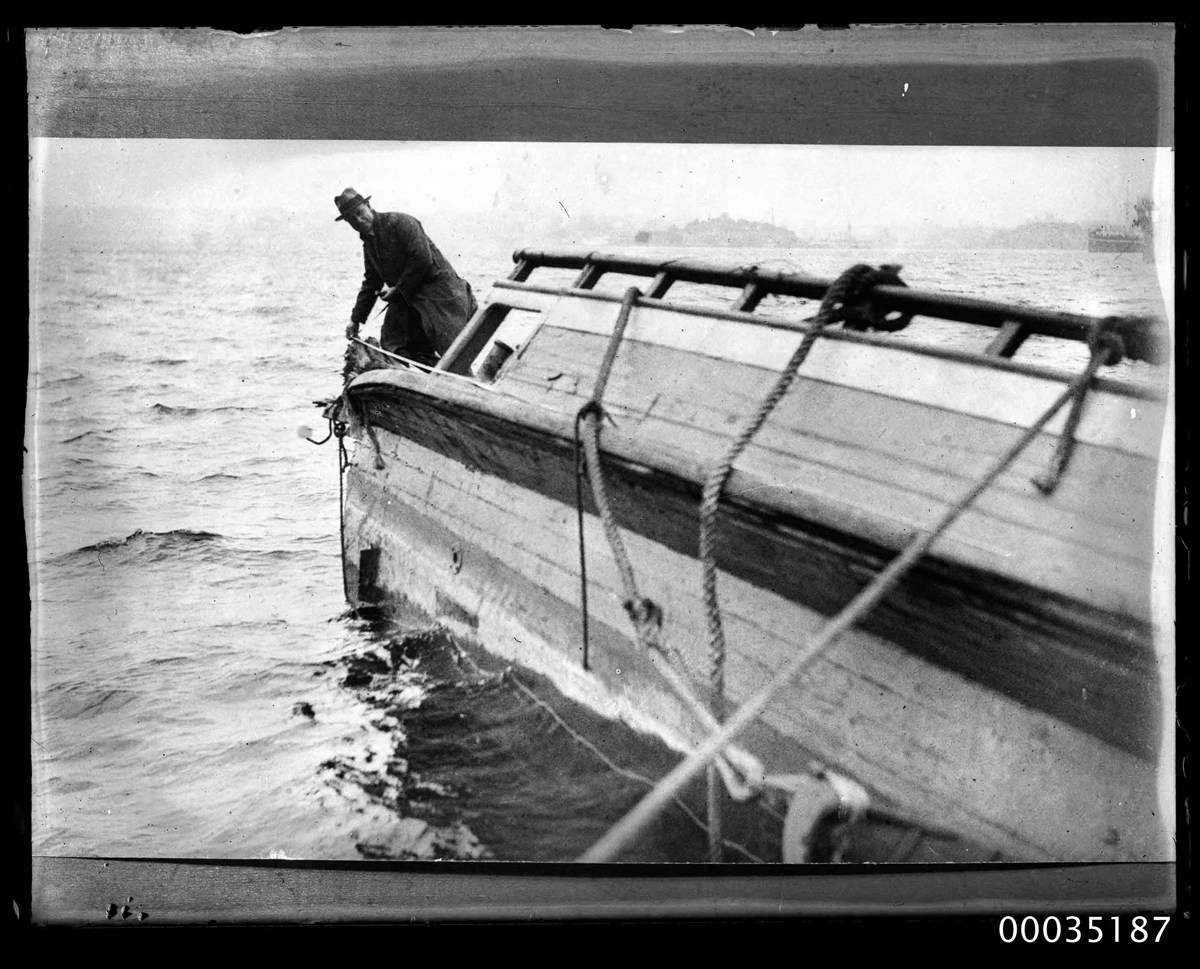 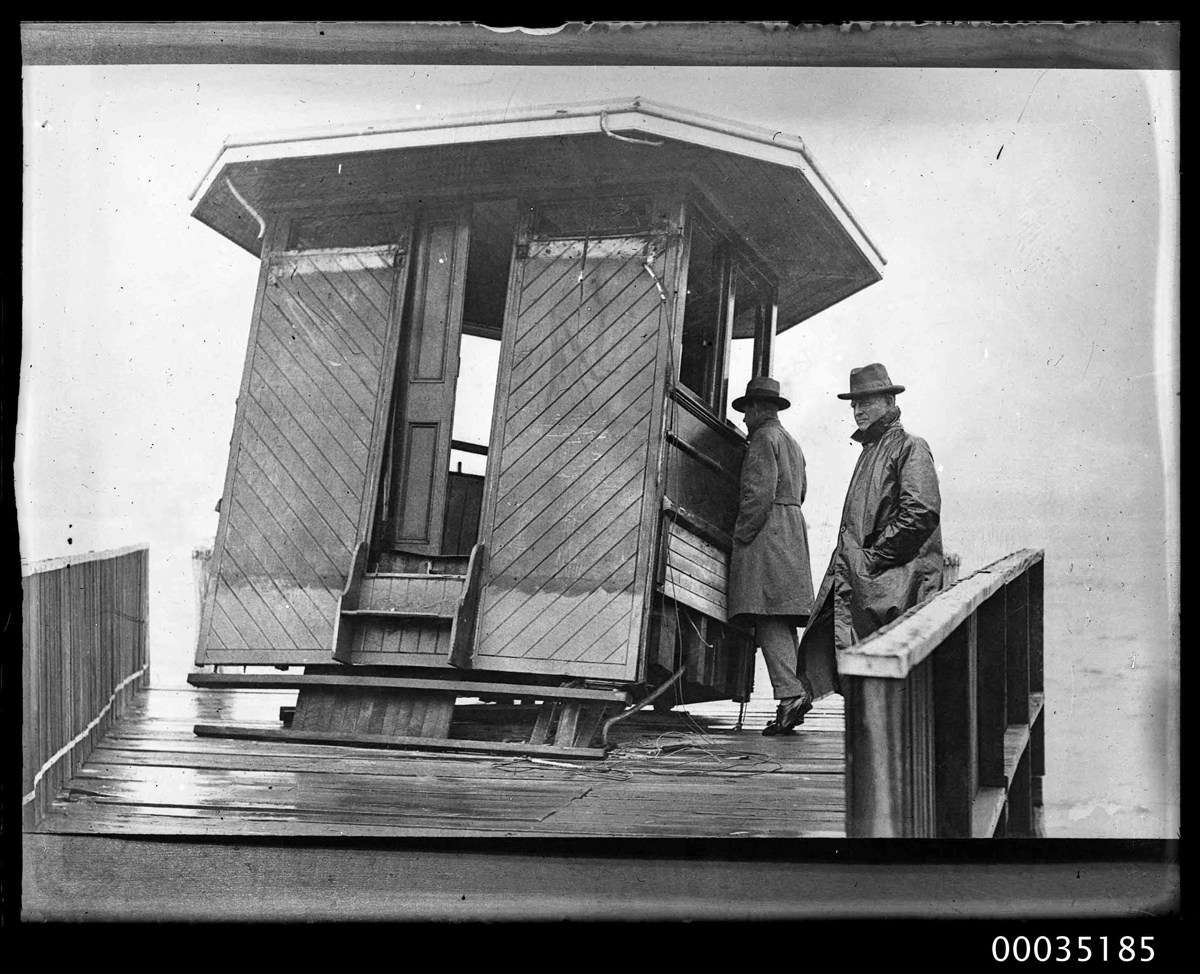 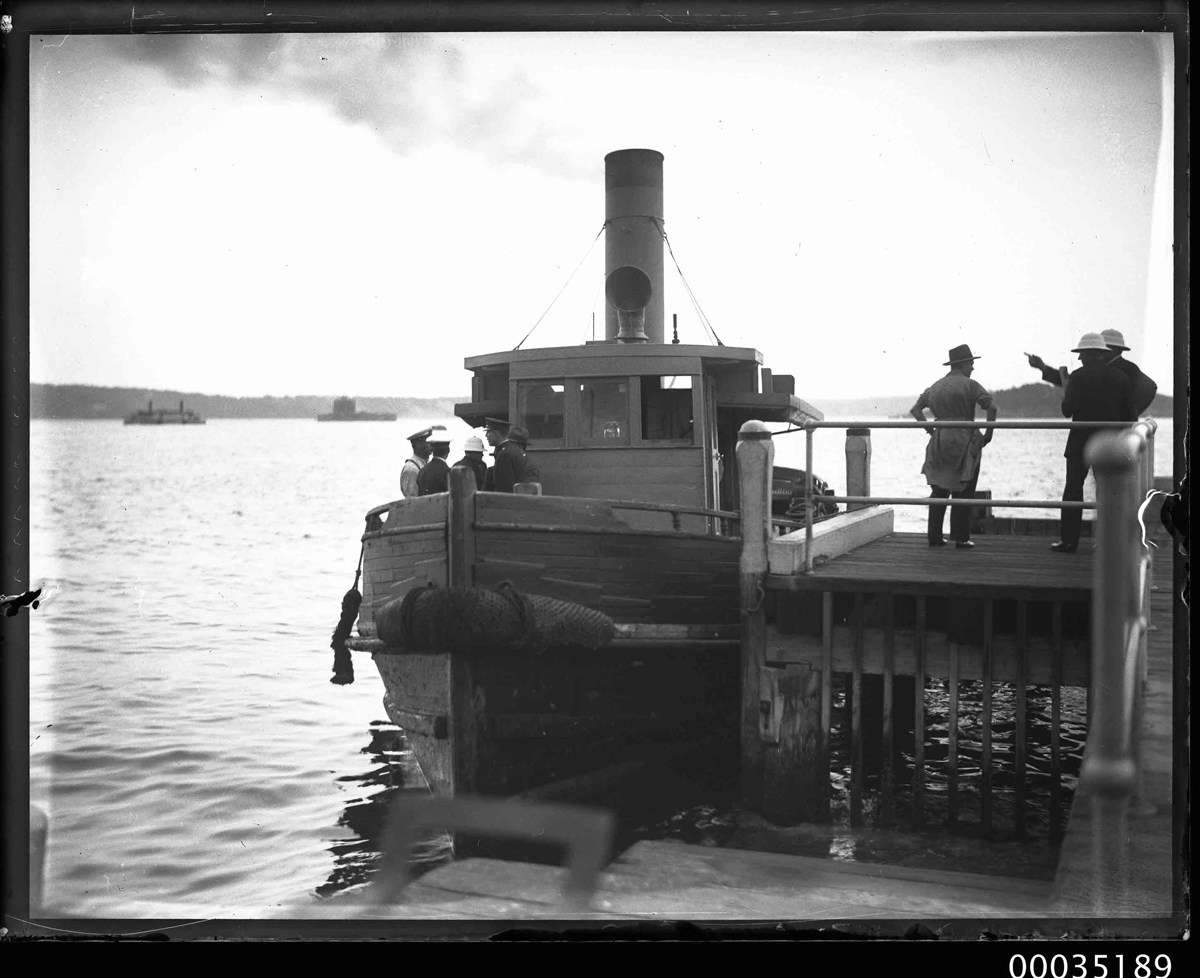 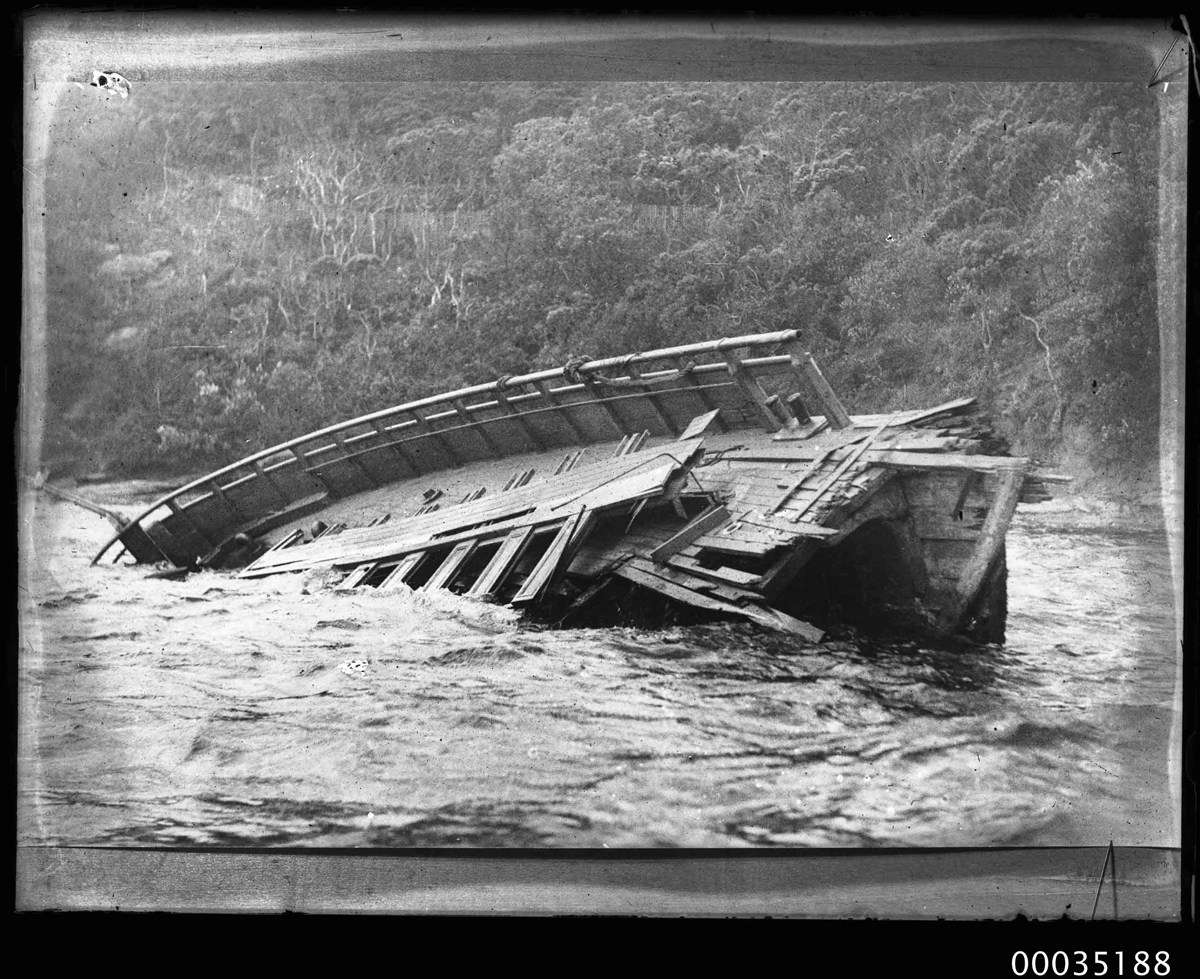 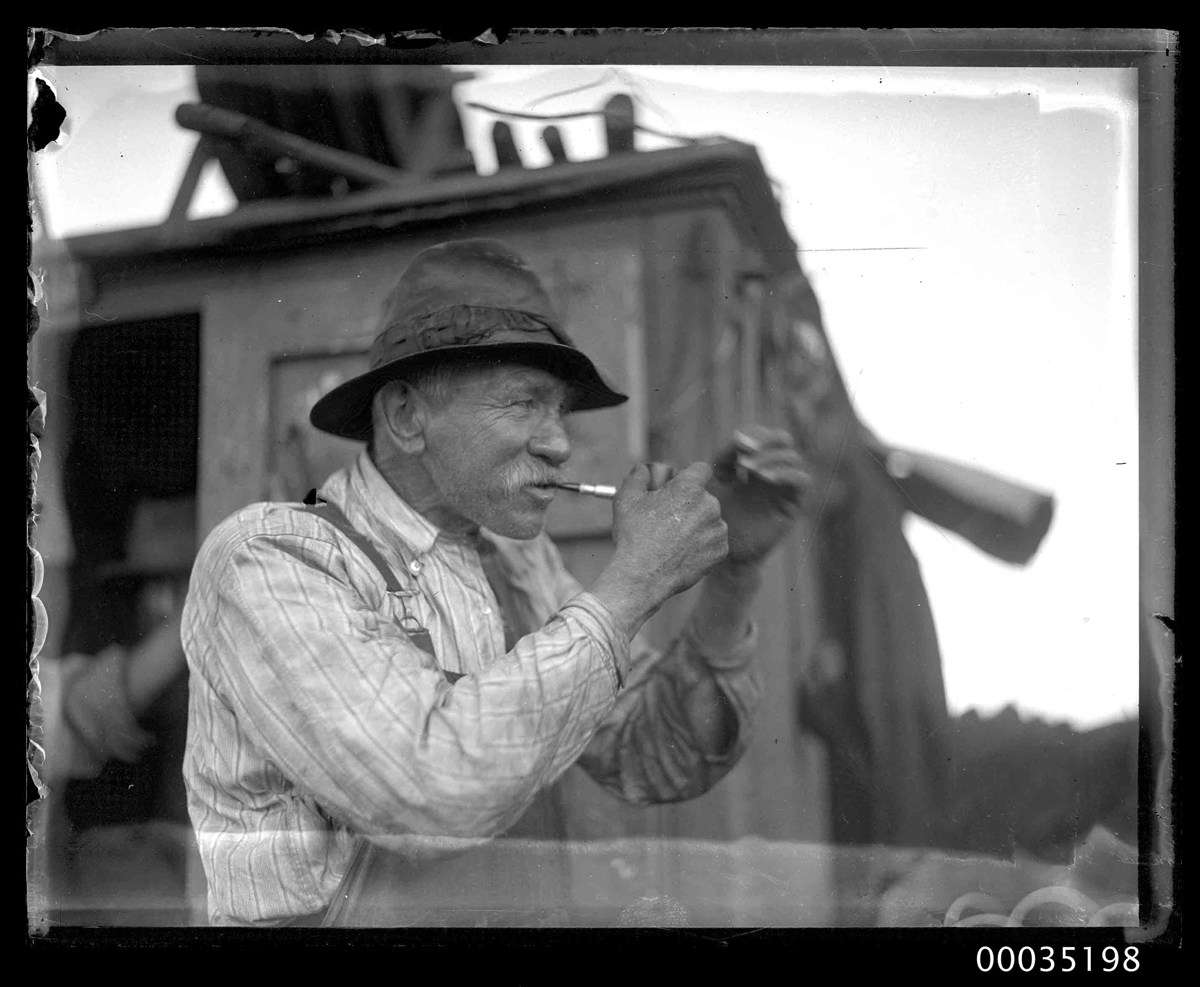 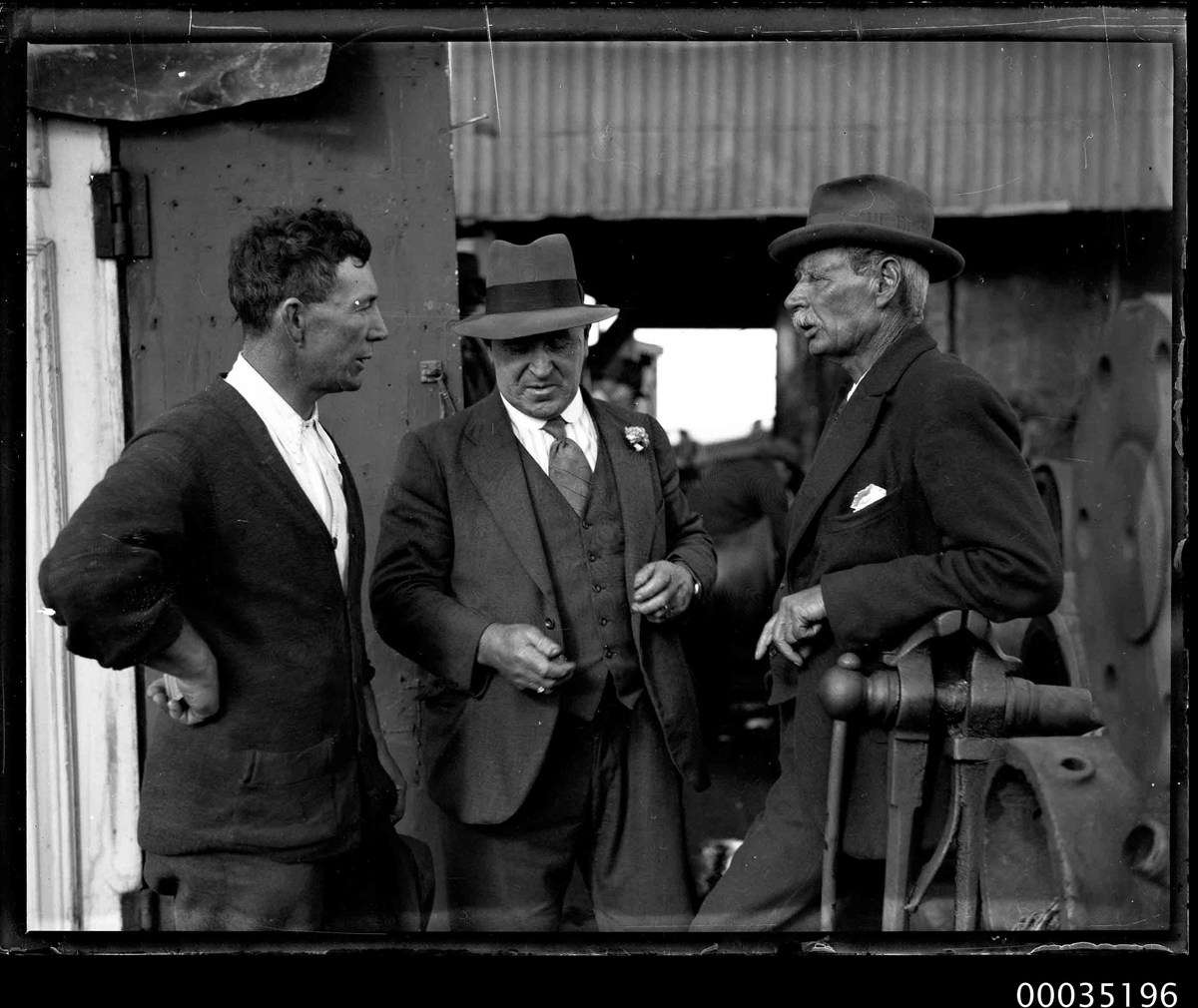 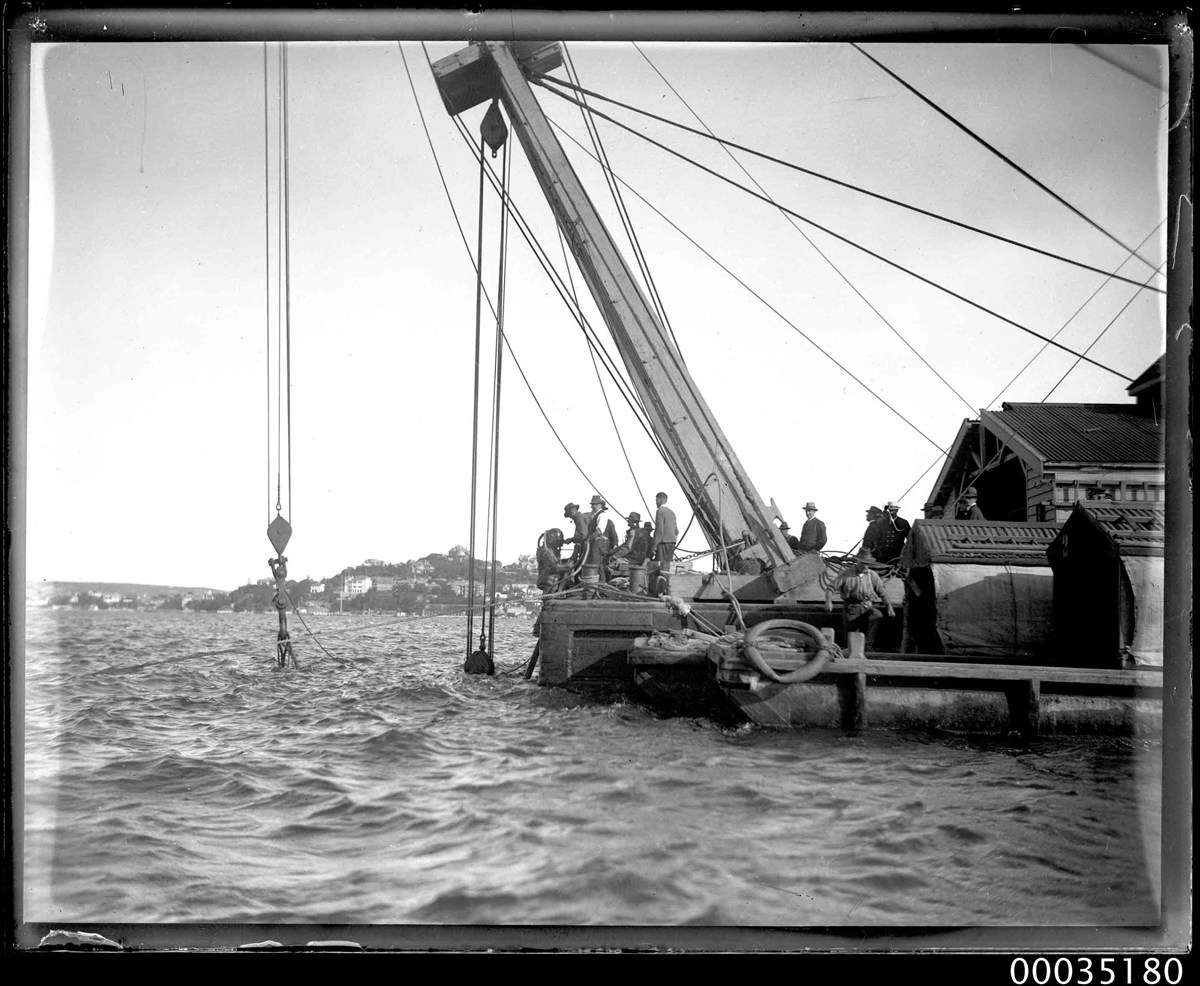 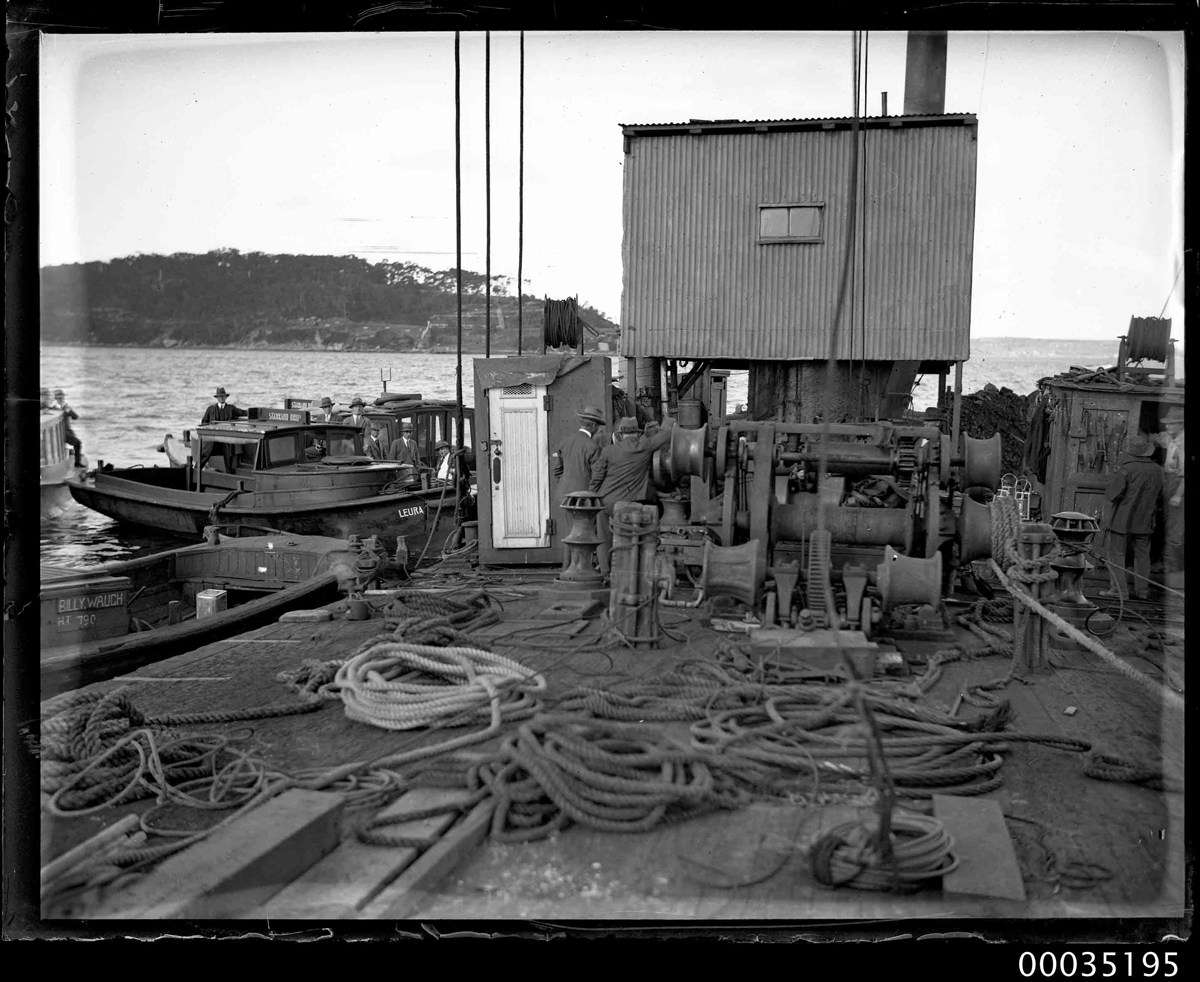 The victims of the Greycliffe ranged from aged 2 to 81. Six of them were school children. There were several notable members of the community among the dead, such as Millicent Bryant, the first woman to hold an Australian pilot’s license. The suburbs of Vaucluse and Watsons Bay, where many of the passengers lived, were particularly hard hit.

The process of recovering the dead, particularly given the age of some of the victims, was distressing for those involved. The emotional impact still resonates through old newspaper accounts, and some of the stories have a lingering power, as is demonstrated in the vivid description of how 15-year-old Betty Sharp was found:

Diver W. Harris on Saturday related the strange circumstances in which he found the body of the schoolgirl, Betty Sharp, in the wreck of the Greycliffe. “Just before finishing work on Friday,” he said, “I decided to have a look around a portion of the wreck which had not hitherto been explored. You can imagine my feelings,” continued Diver Harris with emotion, “when the figure of the little girl, standing upright, and with outstretched arms, loomed up before me. Her clothes were torn to shreds. Further investigation revealed that one of the feet of the little girl had become jammed between a mass of twisted steel rods. I wrote on a slate, ‘Have found the body of a little girl’, and sent the message up to my tender on the pontoon. After a great deal of difficulty, I managed to release the imprisoned foot, and the body was then sent to the surface.”

Diver Harris mentioned that as soon as he got close to the body he knew It was that of Betty Sharp for whom anguished inquiries had been made daily at the Water Police Department. (Sydney Morning Herald, 14 November 1927.) 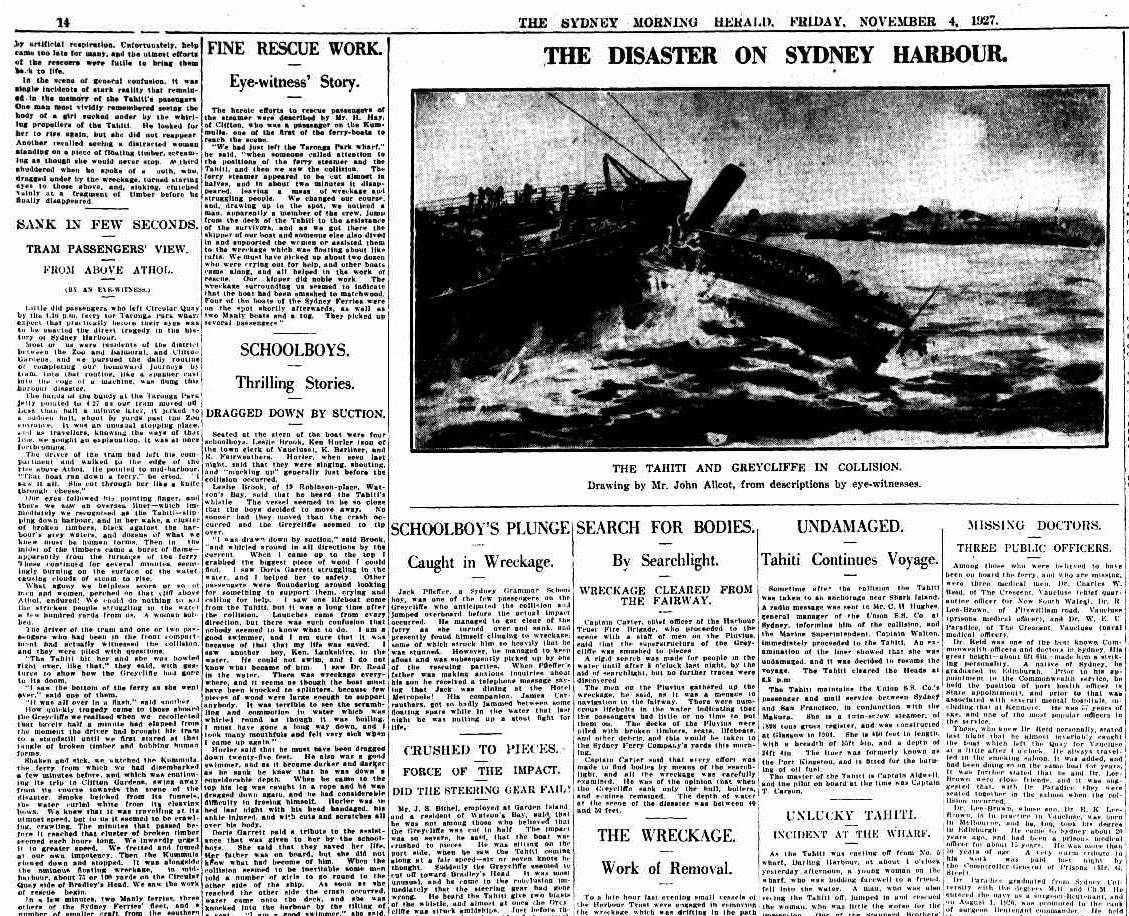 Who was Betty Sharp, whose loss caused so much anguish for her family? I spoke with her niece, Elizabeth O’Connor, to gain an impression of this lost girl whose story tremendously impacted readers in 1927. One victim among many, her story gives us a sense of the enduring impact of loss that remained after the all the bodies were recovered and the wreckage cleared away. 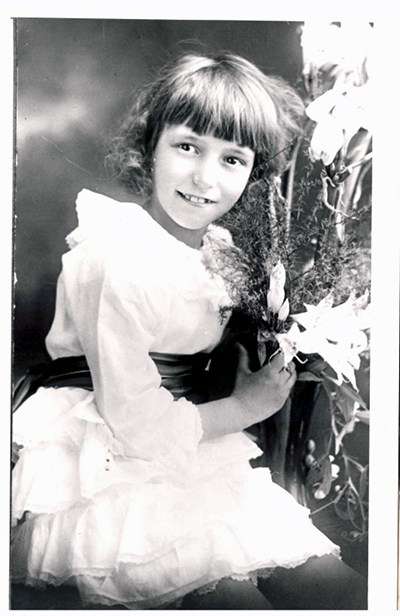 Christened Hazel Beatrice Sharp, the little girl born in 1912 at Greenwich to Arthur Sylvester Ramsay Sharp and Olive Beatrice Barrow was always known as Betty. Her family had deep roots in Sydney and the newly formed Commonwealth. Her paternal grandfather, William Sharp, had been the Member for Redfern in the NSW Legislative Assembly, representing the new the Labor party. He notably argued in Parliament with Sir Henry Parkes and supported equal pay for women who worked in the railways.

William and his wife Eliza lived in Raglan Street, Mosman, with a view that looked directly East across to the spot in the Harbour where the Greycliffe collision occurred off Bradley’s Head. Betty’s maternal grandfather, Isaac Le Pipre Barrow, was a surveyor and map maker who worked for many years in the NSW Lands Department. He surveyed and mapped much of the Blue Mountains.

Her family lived at Girraween, 28 Parsley Road, Vaucluse. Betty’s mother Olive was a vivacious and attractive woman, a gifted pianist who spoke French and had refined artistic tastes, known and loved by everyone in the street. Betty herself took strongly after her mother – athletic, outgoing, with a warm charm that speaks to us even out of the static medium of old photographs.

A friend would recall of her decades later that ‘Betty was always busy doing things… a very bright, active little girl with light coloured hair’. She was a champion swimmer and member of the Girl Guides – poignantly, the only personal effect recorded as recovered with her body was a Girl Guides’ badge with ‘BS’ scratched on to the reverse side.

In the wake of the disaster, the community drew together. Her body was identified by close family friend Thomas Hammond, also a Vaucluse resident. Betty was buried on the afternoon of Sunday, November 13 at Waverley Cemetery, and Olive had cards printed on behalf of Betty’s brother Neville and herself in response to the outpouring of support they received, simply and gracefully acknowledging the ‘sweet sympathy’ expressed by others on their loss. 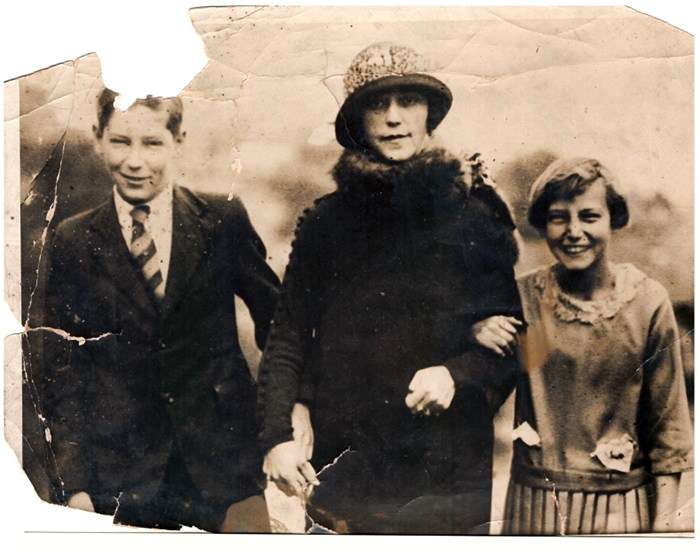 Betty with her mother, Olive Beatrice and brother, Neville Sharp, the year before her death (1926). Elizabeth O’Connor Collection.

In later years, Thomas Hammond – the family friend who provided the identification – would see echoes of Betty in the niece she never knew. Elizabeth, Neville’s daughter, recalls ‘Uncle Rob [Hammond] always called me “Betty” as a child, he was the only person to ever do so.’

The ghostly image of the lost girl in the wreck with arms outstretched, as if in appeal, is a powerful and enduring impression of one of the Greycliffe’s victims. Many years later William Harris, the Harbour Trust diver who found her, met Neville’s wife and confirmed the version the newspapers had printed in 1927 about the circumstances of her recovery.

Betty resonates as a symbol of the human toll of a tragic accident, but it is only a part of the story. Alongside it is the enduring brief but potent impression Betty left upon her family and friends, who knew her in life as the ‘bright, active little girl’ who was ‘always busy doing things’, whose brilliant smile still conveys warmth and charm.

This blog was prepared with the generous assistance of Elizabeth O’Connor, Betty Sharp’s niece, in recognition of her aunt and all the victims of the Greycliffe disaster.

Inger is a project officer at the Australian National Maritime Museum, author of "Titanic Valour: The Life of Fifth Officer Harold Lowe" and a rescue diver.s

View all posts by Inger Sheil→
Posted in: From the collection , Arts and Culture , Vessels
↑