Oswald Brierly is probably known to most Australians for the whaling scenes he painted while at Twofold Bay, near Eden in New South Wales, which perfectly captured the drama and danger of the whaling at that time. He spent five years at Twofold Bay managing a business there for the Scottish-born entrepreneur and pioneer Ben Boyd. However, his time there would end up being just a small part of this versatile man’s truly remarkable life.

At the age of 24, Brierly had already been receiving promising reviews for his maritime paintings in London and seemed assured of a successful artistic career. Even the press in Australia announced the imminent arrival in 1842 of “Mr Brierly, the distinguished marine artist”.

Yet he was persuaded by Boyd to sail with him to New South Wales and be part of the grand scheme of building Boydtown. Brierly may have thought his fortune would be made there, or perhaps he saw it simply as an opportunity for new experiences. Either way, Brierly seemed to content to embrace what came his way: a tendency that would become a common thread throughout his life.

Once he arrived in Twofold Bay Brierly settled in. He became the local magistrate and took care of Boyd’s whaling operations (even though Brierly had little experience in whaling). While there he befriended the local Yurin people, whom he was eager to get to know. Brierly tried hard to learn their names and language and to understand what he could of their culture. He was sympathetic to the effect that the encroaching European settlements were having on the Yurin community, and made an effort to record what information he could in his journals.

Brierly’s eagerness to engage with the Yurin saw them share some of their knowledge with him. This included recording the ancient Aboriginal pathway from Twofold Bay to the Snowy Mountains, covering the Monaro region. This ancient trail has become known as the Bundian Way. Throughout this journey Brierly made detailed notes and sketches, which have since become invaluable records of the local people who were displaced not long after by European settlers in the area.

After five years, the shine had worn off the dream of Boydtown and certainly off the exuberant Boyd himself. It was clearly time for Brierly to move on. It was then that Brierly met Captain Owen Stanley. Stanley was in charge of a hydrographic expedition aboard the Rattlesnake and had stopped at Twofold Bay. It is said that Stanley reignited Brierly’s passion for painting and when Stanley offered Brierly a place on his expedition to the Great Barrier Reef, Brierly took it.

The Rattlesnake expedition, which included a young and disgruntled Thomas Huxley, sailed up the north coast of Australia and into the waters of Papua New Guinea. It was a difficult and often frustrating journey with the tensions on board simmering along with the heat. Yet throughout it all, Brierly remained engaged and enthusiastic.

Extracts of the journals kept by the crew show that it is always Brierly who eagerly goes ashore with his sketchbook in hand, ready to meet local residents and engage with them where he can. Certainly, most accounts of Brierly at this time talk of his general happy disposition. It seemed it was only Brierly’s company that the biologist Huxley could tolerate. 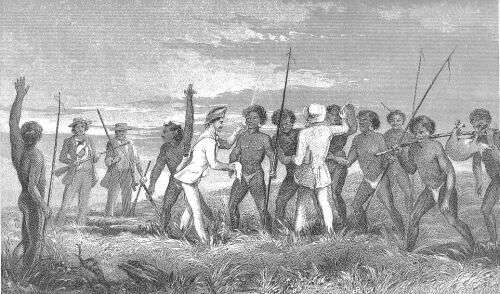 After leaving Australia Brierly travelled back to England and started yet another chapter of his life. In 1854–1855 he became what would be known today as a war correspondent for the navy during the Crimean War.

He painted battle and naval scenes while actually on board the vessels, a revolutionary concept for the time. His work later caught the attention of Queen Victoria and the Duke of Edinburgh. The Duke asked Brierly to accompany him on his world cruise aboard HMS Galatea, an almost unimaginable leap from the whaling station at Twofold Bay and the sweaty confines of the Rattlesnake. But again, Brierly seemed to cross worlds and cultural divides very easily. 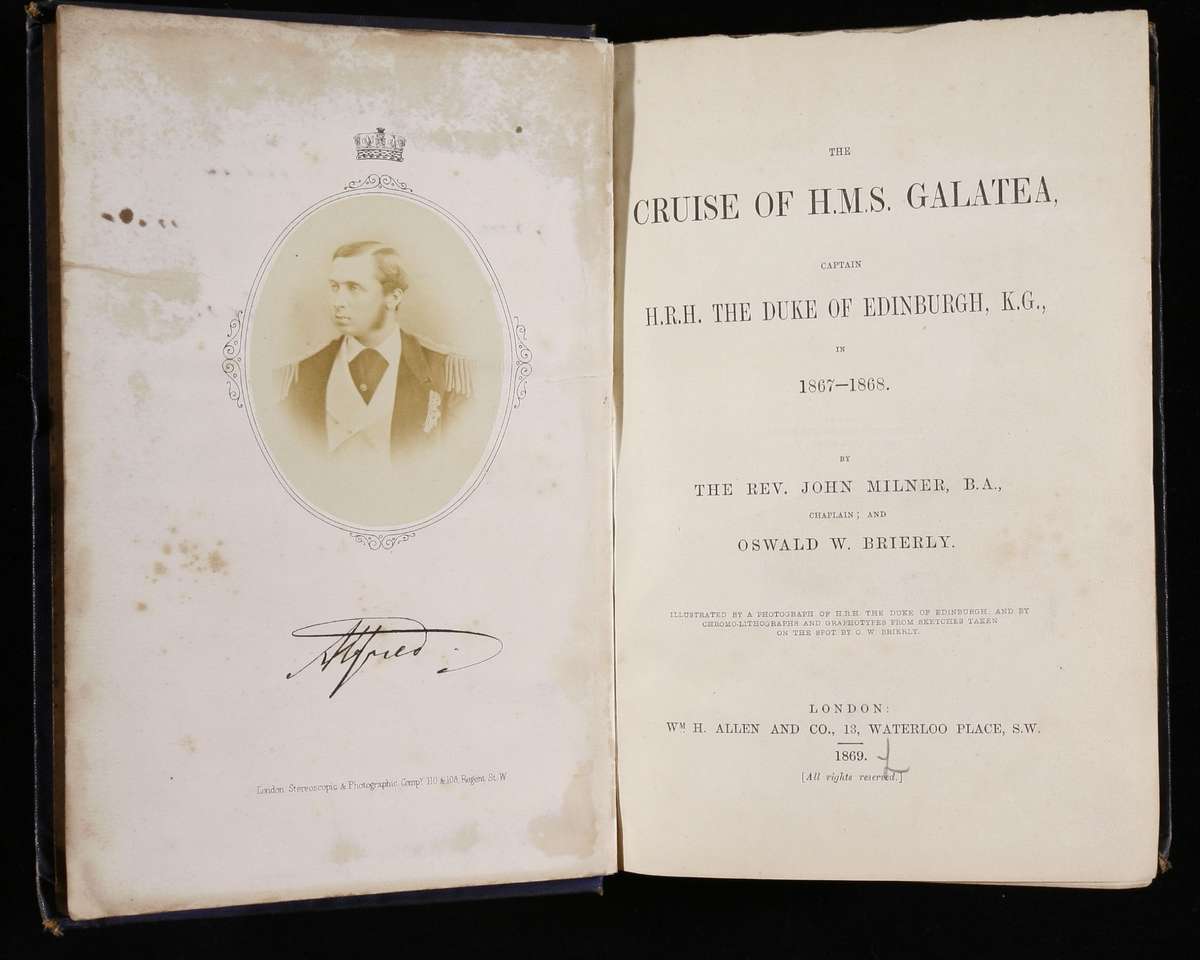 Brierly’s images illustrated the account of the world cruise of the HMS Galatea in 1867. ANMM Collection 00004523.

Brierly was eventually appointed official marine painter to Queen Victoria. He was knighted and became the Curator of the Painted Hall at Greenwich  – an extraordinary but fitting ending to a career of wild extremes and great diversity.

Brierly was comfortable in any social circumstance. The harshness of shipboard life, war zones, colonial frontiers or European royalty: Brierly never seemed fazed. He showed a genuine interest in everyone and everything around him and seems as though he really would give anything a try. Open minded and accepting at a time when it was not common to be so, Brierly was very enlightened and unusually empathetic. It seems the only recorded instance of his discomfort was at a ball in Sydney, when attempting to dance with a local lady got the better of him. 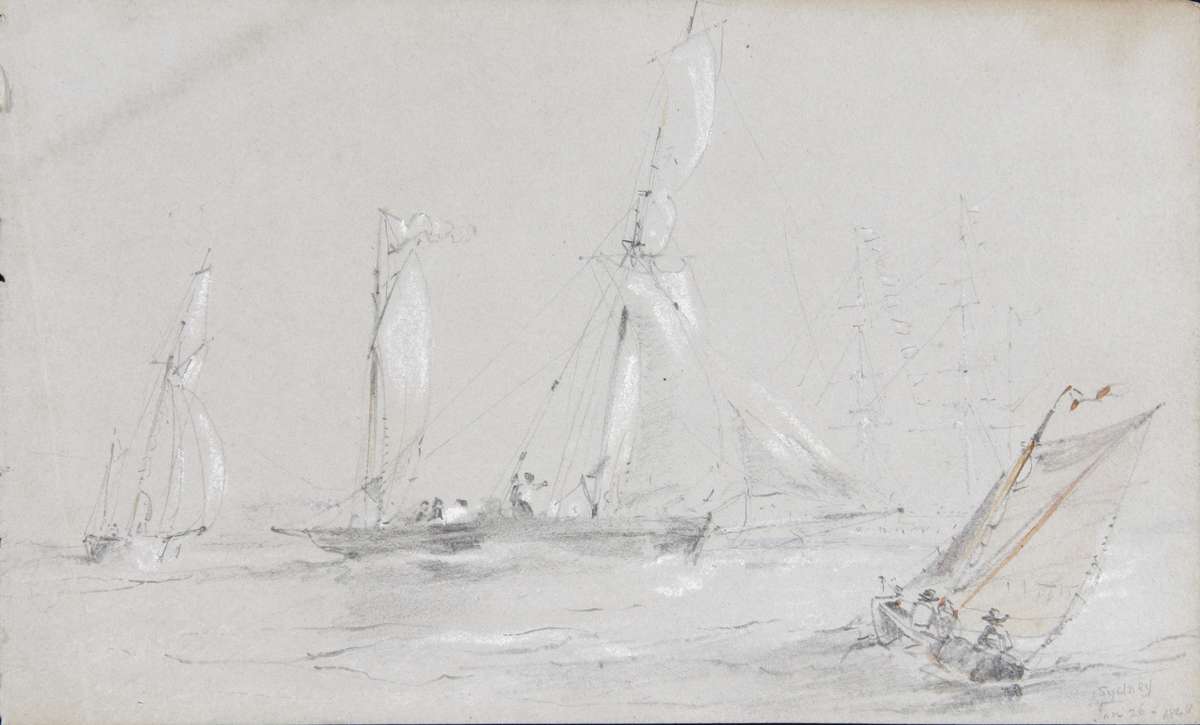 Sir Oswald Brierly died in London at the age of 77, and although he was described as feeble in his last years, he remained a ‘genial, kindly faced, keen-eyed, grey beared gentleman’1 who showed an eager interest in any conversation. I do wonder, when he looked back on his life, what he thought was the highlight of so many extraordinary experiences. He always held a love of Australia and it is said to have followed events here with great interest, knowing better than most the huge changes the country had seen in such a short period of time.

Got a craving for more historical tales? Why not check out our collection online (warning: you might lose a few hours doing this).