Back in late 2012 when vessels curator David Payne began drawing up designs for the build of a replica 18-footer, I doubt he could have foreseen the fun we were going to have along the way with this wonderful project. 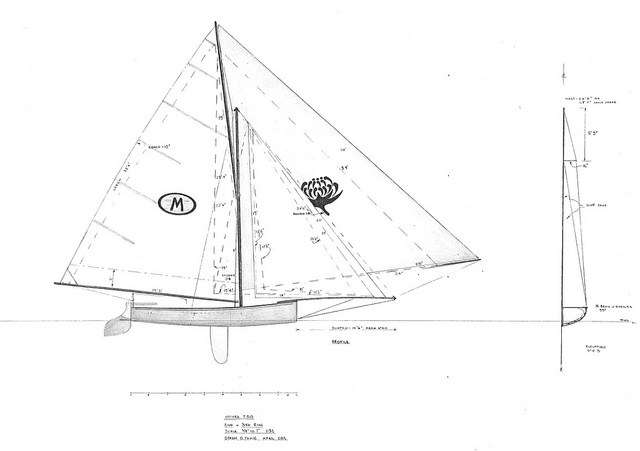 Myra Too 2nd and 3rd rigs, drawing by David Payne

The replica is the lovely Myra Too, based on a historic 18-footer that dominated its class in 1951, and was built and skippered by local legend Bill Barnett. 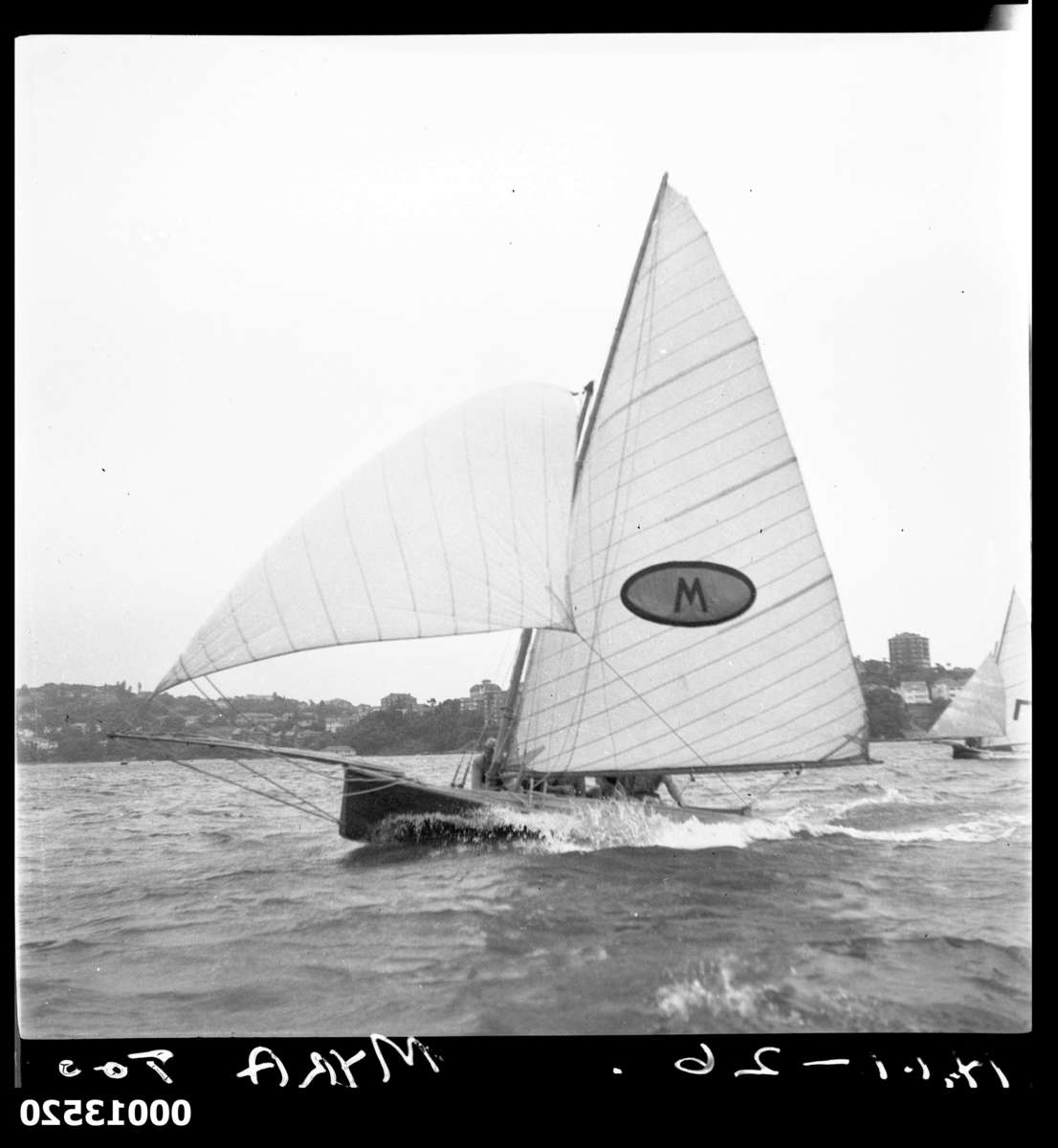 We’ve followed this project from early on when all that was of Myra Too was memories, faded newspaper headlines and old photos… Then came the designs, the wood shavings, the reunions and finally – Myra Too‘s launch in March 2014. 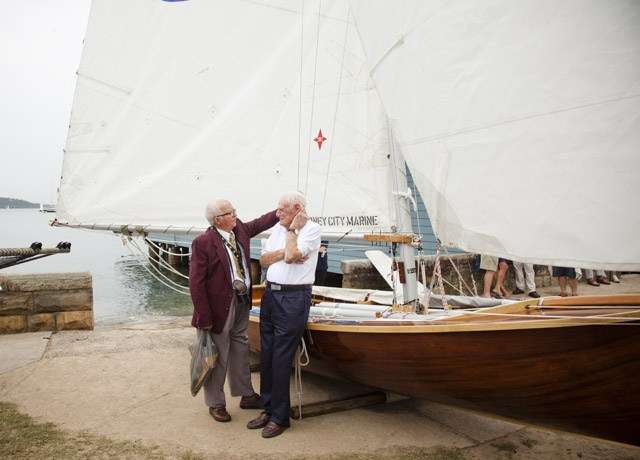 Brian Stewart, Billy Barnett and the replica MYRA TOO at the launch, March 2014. ANMM photo by Zoe McMahon.

And now, Myra Too is here – at the museum and on display in Wharf 7 until October when she hits the water again for the summer sailing season of the Sydney Flying Squadron’s historic 18-footer fleet. Myra Too is on display along with some memorabilia kindly loaned by Brian Stewart, bailer boy in Myra‘s 1951 champion crew. 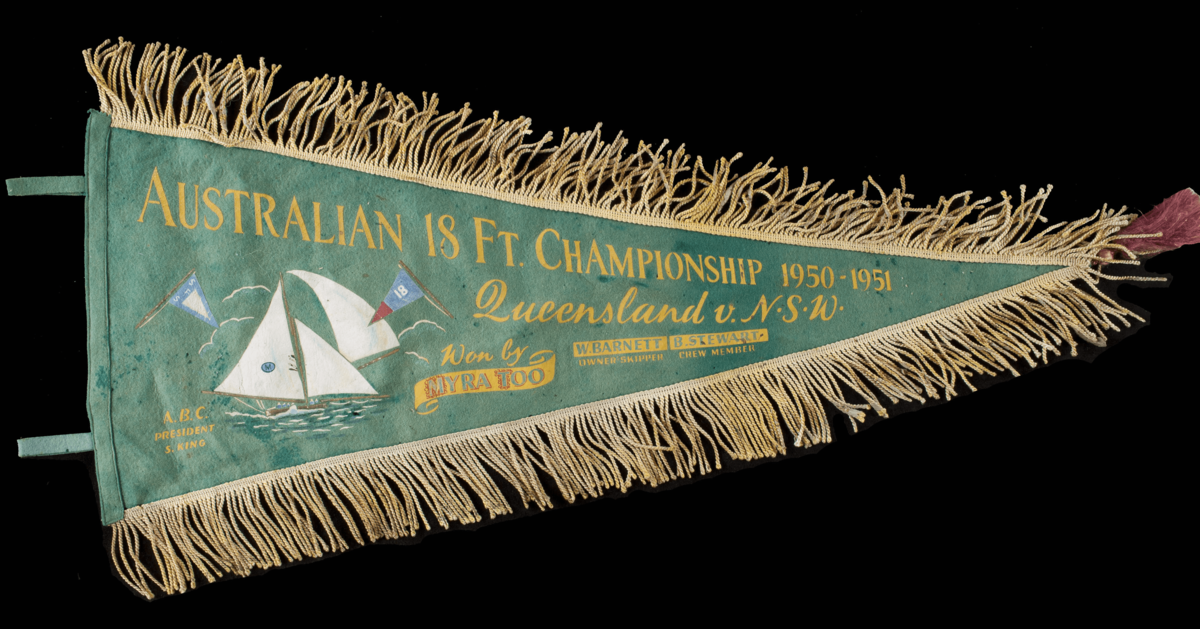 Australian 18-footer Championship Pennant. Awarded to the crew of MYRA TOO. On loan from Brian Stewart (bailer boy)

This replica represents a lot of hard work, passion and an inspiring amount of community spirit from those involved, particularly the Sydney Flying Squadron and The Australian Open Skiff Trust. Many hours went into planning, fundraising and building the replica – with much fun had along the way. Connections were made, old and new, memories brought back to life and champions honoured. We were proud at the museum to be able to follow the project to its conclusion and to now be able to showcase the enormous effort and beautiful workmanship that went into the making of the replica Myra Too.

Now that Myra Too is up and looking resplendent in Wharf 7, it brings the total number of legendary 18s at the museum to four; with Taipan, Yendys and Britannia all currently on display. Never a better time to visit and to appreciate the colourful history of Sydney Harbour’s ‘Flying 18s’! 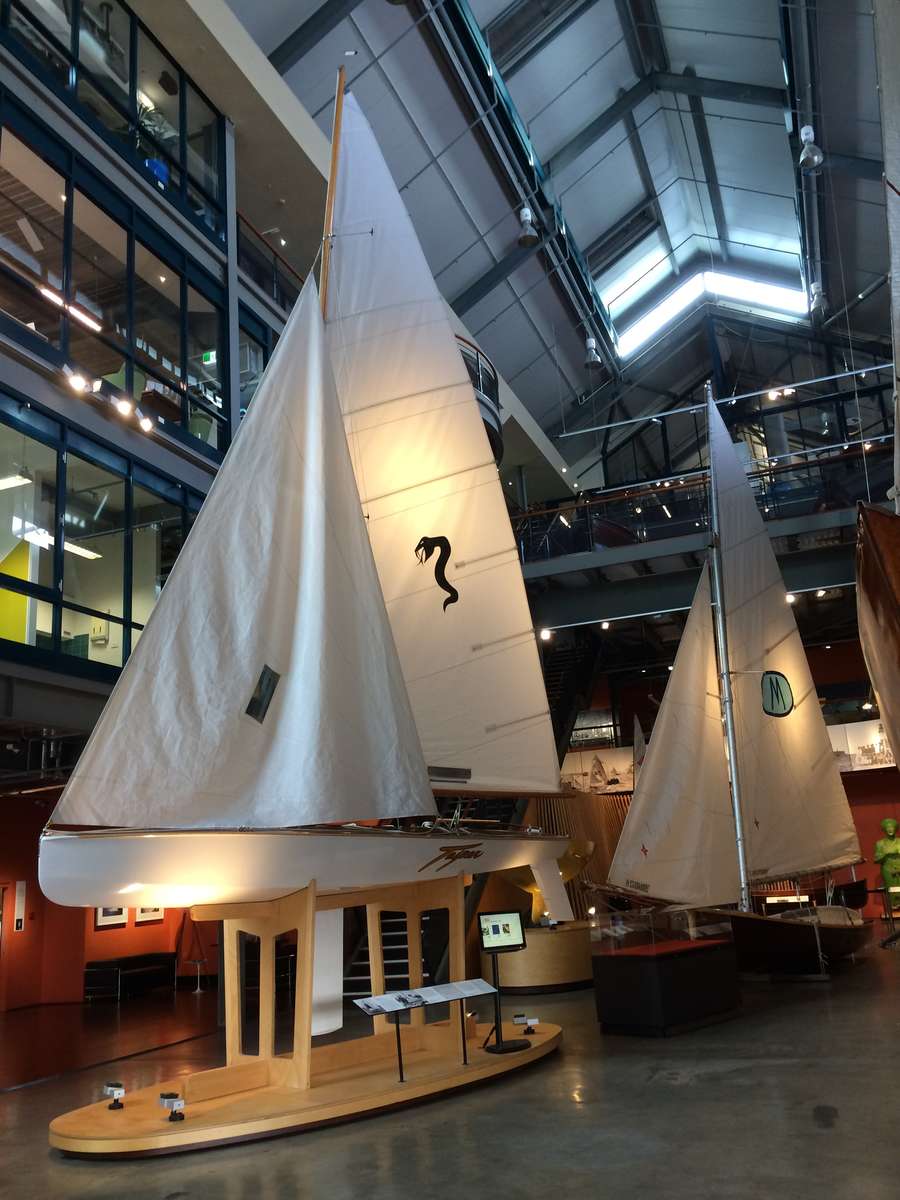 18-footers TAIPAN and MYRA TOO (replica) on display in Wharf 7. MYRA TOO kindly on loan from the Sydney Flying Squadron. ANMM photo by Penny Edwell

If you’re coming by, we’d love for you to sign Myra Too’s Guest Book which will be located with the reception desk in Wharf 7. The Guest Book was started by builder Bob McLeod during work on the replica to record the many visitors he had dropping by (including Bill Barnett).

Keep an eye on the blog and the website for upcoming events relating to Myra Too’s stay with us here at the museum. 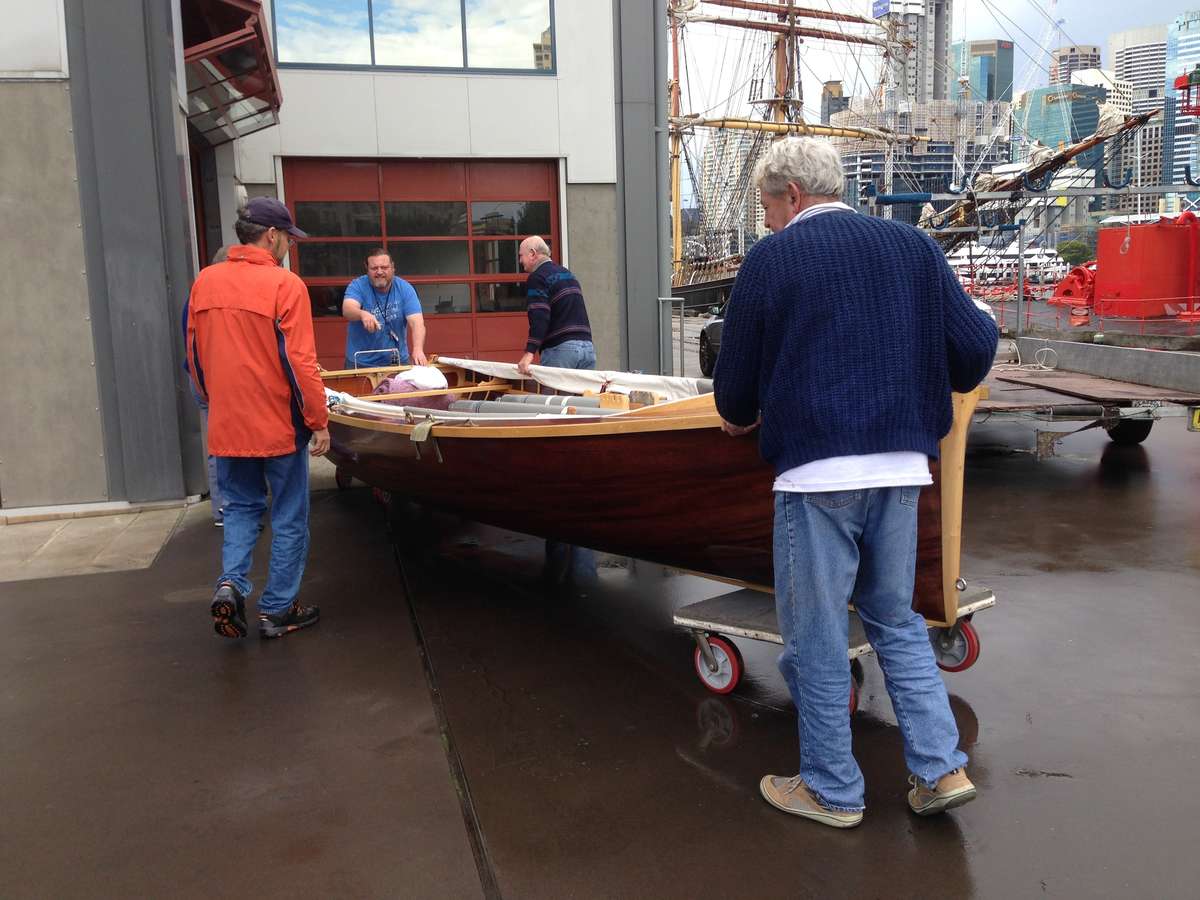 MYRA TOO moving into the museum. ANMM photo by Sabina Escobar.