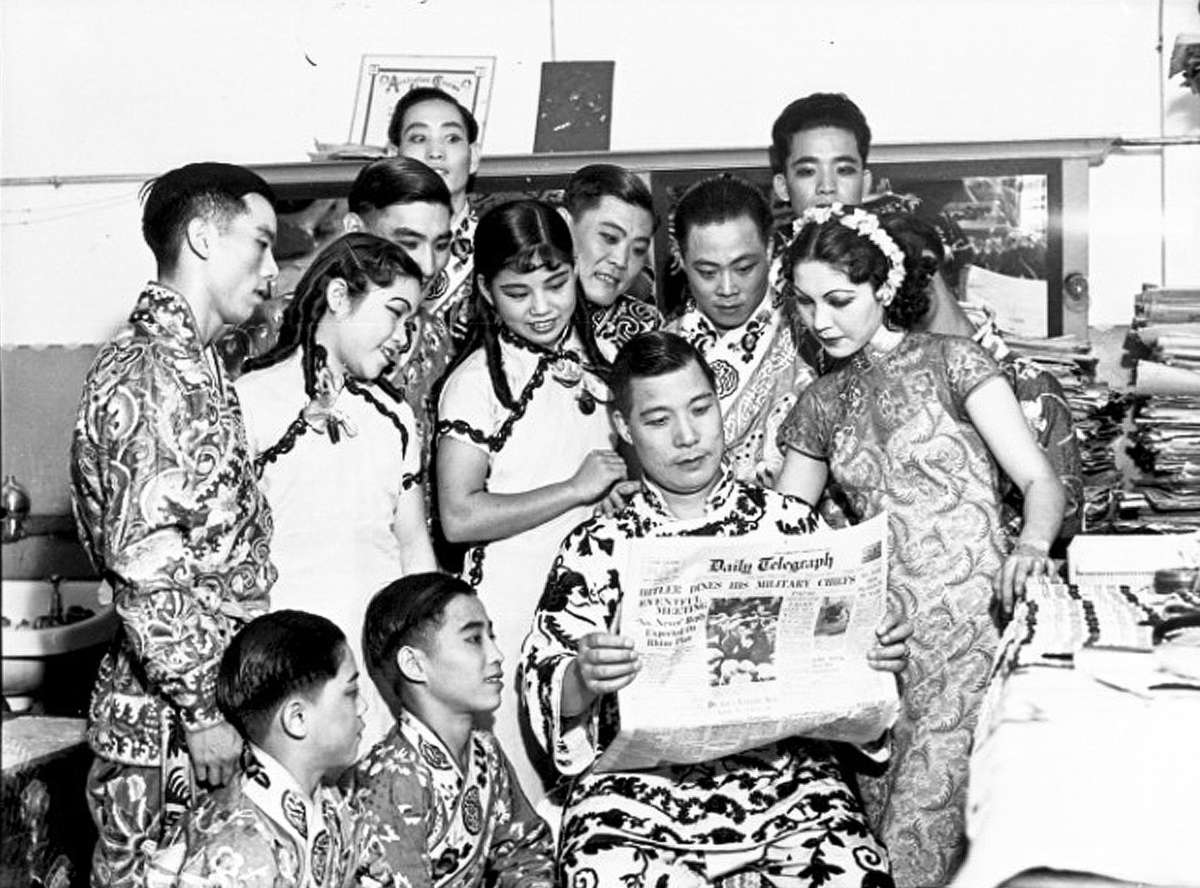 There was once a man who could ‘take needles out of his mouth for half an hour at a time’, who could make ‘beautiful vases appear’ from thin air. He was a magician, and the people of a Northern Chinese village would watch spellbound as he ‘performed a hundred magic feats’. One day a little boy asked him if he could turn stones into bread as food was scarce. The magician told the boy that he would only conjure bread in front of his pupils, so the boy pleaded with the magician to teach him. The boy was taught the art of magic and went on to become a great magician, revered by the likes of Harry Houdini and Charlie Chaplin and performing in theatres around the world.

This forms one of the many myths surrounding one of the most successful magicians of the early 20th century – the world renowned Chinese acrobat and vaudeville performer, Long Tack Sam. Lurking in the storage rooms of the museum, you’ll find a cabinet containing a black and white nitrate negative taken by another famous Sam. Samuel J Hood’s photograph depicts Long Tack Sam no longer a boy in 1880s China but a man in 1930s Sydney, posing with his company of artists reading The Telegraph newspaper. 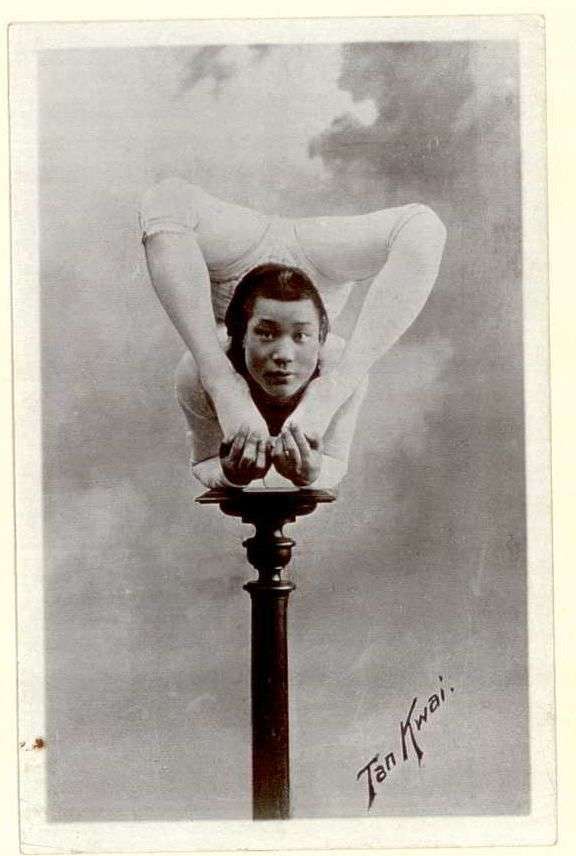 When I first saw this image in the collection, I was curious. It remained a mystery until one of our Flickr followers identified it and opened up Sam’s amazing story. I got in contact with his great-granddaughter, writer and filmmaker Ann Marie Fleming, who has worked tirelessly over the past several years to resurrect a story long forgotten. In her award winning film The Magical Life of Long Tack Sam, and graphic novel of the same name, Ann Marie pieces together the story of her famous ancestor…

Lung Te Shan, as Long Tack Sam was originally known, was born in Wuqiao County, Shandong Province in Northeast China. There are many versions of Sam’s early life, however what is known for sure is that he became part of and eventually director of a group of acrobats called the Tan-Kwai. Ann Marie explains part of the early history of Sam in her animated documentary, video courtesy of Reel Canada:

As the popularity of Sam and his company of performers soared, myths about the magician proliferated. Some said the short, cigar-wielding magic man spoke many languages from French to German and even Yiddish. A true performer and a man Ann Marie refers to as ‘a citizen of the world’, Sam adapted as he toured doing comedy shows, impersonations and acrobatic feats of endurance. In the second ever show at Broadway’s famed Palace Theatre in New York City, he shared the bill with the Marx Brothers!

But if Sam’s fame is extraordinary, what is even more astounding is his connection with Australia. I have found references to Long Tack Sam in Australian newspapers from the early 1920s to the 1930s. Sam and his family decided to travel to Australia and New Zealand, bringing his act to new audiences. Ann Marie describes Sam’s grand introduction to Sydney in her novel. On one hot summer’s day:

He promoted his show by skydiving into Bondi Beach, dropping leaflets offering free tickets to that evening’s performance. 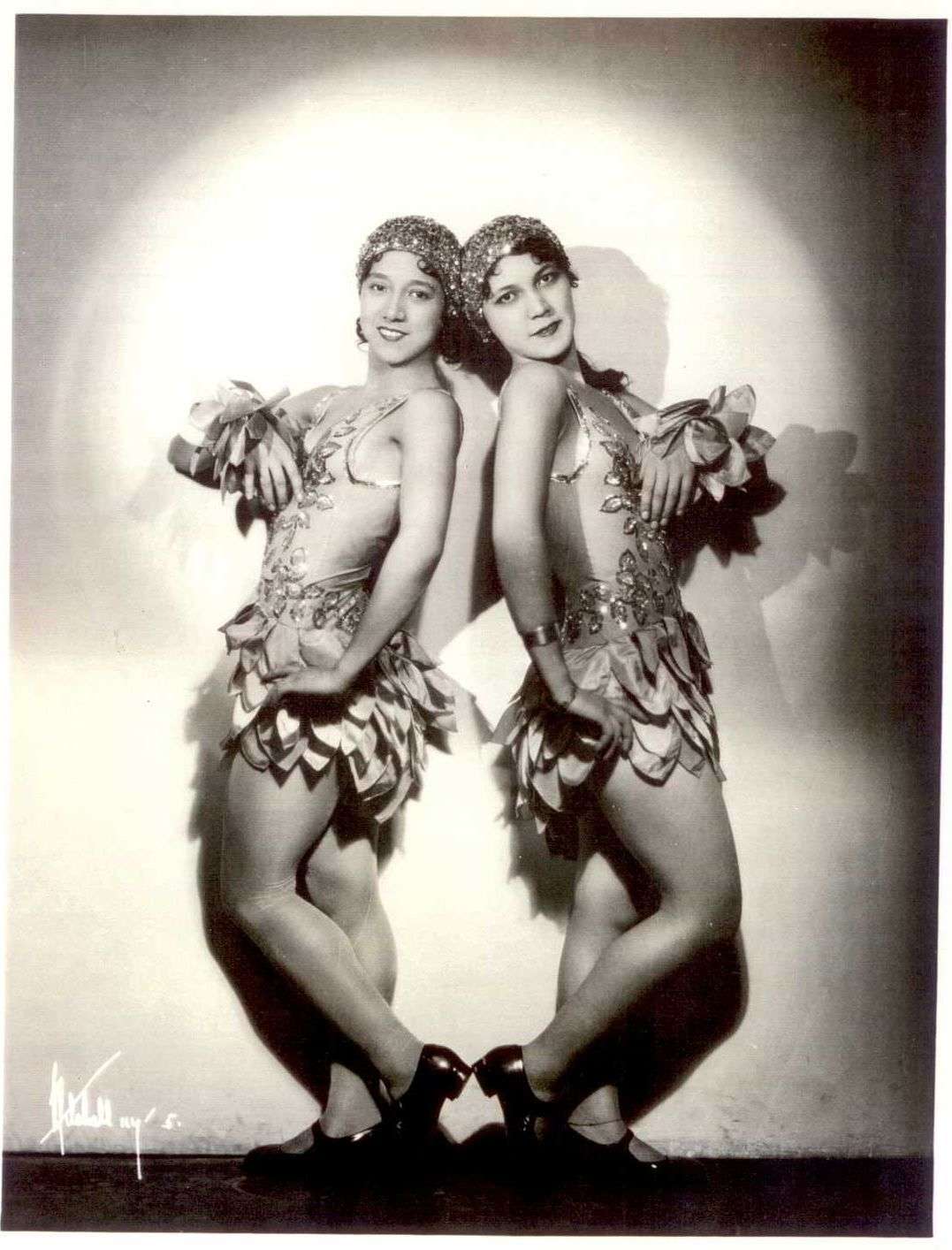 Ann Marie notes Sam said his favourite audiences were Australians as they were the ‘most critical’. Sam articulated a double-edged sword that was in many ways the secret to his success. Throughout his career he encountered prejudiced attitudes and yet despite this, he performed sold-out shows and travelled the world. Perhaps his chameleon-like abilities challenged people’s stereotypical perceptions of Chinese people. One review published in Sydney’s The World’s News demonstrates these prejudiced attitudes and Sam’s talent for adaption:

One must not demand too many Western virtues of the Oriental. But Long Tack Sam is the exception to prove the rule…he makes his act a continuous fusillade of jokes and quips, sotto voice imitations, parodies, and grotesque foolery. He can pucker his face into the quizzical fussiness of a Londoner as he speaks in pure English of Piccadilly, and of a Yankee, when he sees a joke. He is irresistibly droll. The audience recognises him at once as a man with an Occidental sense of humour.

In an interview with the same newspaper, the ‘master showman’ gave his own perspective:

Many Chinese artists can do amazing things…but they would not appeal to the British race unless dished up in a new way.

It seems Sam was right about this as not all Chinese performers experienced the same positive response and the impact of the White Australia Policy was felt even in vaudeville. Ann Marie tells the story of one Chinese acrobat, Sun Tai, who was imprisoned when he arrived in Australia, despite the fact he had been invited to perform.

During the time the museum’s photograph was taken, motion picture entertainment dominated the market and the popularity of the variety show fell into a steady decline. But though this was the case in the United States, Australian audiences still prized Sam’s act and the pace at which he adapted to audience demands. As an ‘unrivalled’ ‘first-class entertainer’, Sam was valued because his shows were ‘exceptionally lively and interspersed with novelty numbers’ and matched ‘the trend of public taste.’

In 1936, the year Hood photographed the great magician, daughter Nee-sa and the rest of the troupe, he appeared at the Hoyts Regent Theatre in Adelaide. As a ‘distinct addition’ to motion picture, Sam blended his unique brand of entertainment with the very medium that was threatening his industry. Hoyts’ general manager at the time advised Adelaide’s News that it was, ‘by far the costliest stage attraction engaged for any picture show in Adelaide to date.’ The 35-minute act was one that had to ‘be seen to be believed’ and ‘left a packed audience gasping with amazement’ as Sam performed his famous bowl of water trick and Nee-sa played the violin while doing the splits. Can you imagine what going to the cinema today would be like if it was accompanied by a vaudeville stage act?!

I’d like to end on what is one of the most poignant aspects to this story. It’s wonderful that the web has reinvigorated people’s quest to find out more about their past. In this case, we have a fascinating story about a magician from Northern China, who travelled the world and touched a lot of people. But we also have a story about a filmmaker and her quest to reconstruct her family’s past, and in doing so find out more about herself. In an effort to understand why Sam’s story lay forgotten among family members for so long, Ann Marie made an interesting observation: ‘Distances and differences keep us apart, and we forget to remind each other of our own stories.’

The Long Tack Sam story is one that has had many paths and continues to evolve as new pieces come to light online. It is a story that has, rather surprisingly, reached all the way to the Australian National Maritime Museum. It’s as if, even though Sam has long gone, his magical presence continues to be felt as he left his mark in ways that are still being unveiled. To quote another line from Ann Marie, ‘the show still goes on’. 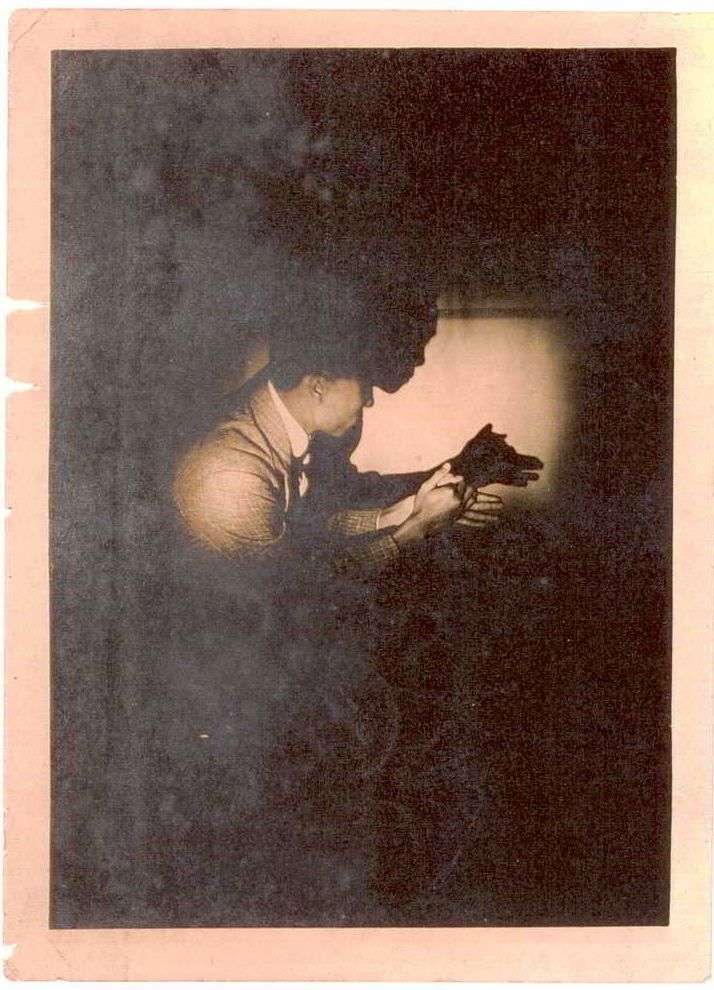 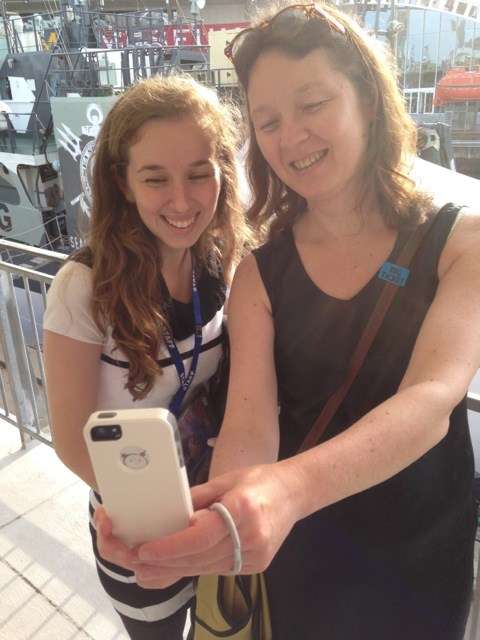 Ann Marie and I taking a selfie at the museum!
Image courtesy of Ann Marie Fleming

Big thanks to Ann Marie Fleming for sharing her story, research material and for the idea behind the title 🙂 Much of the story told here, including many of the quotes can be found in her animated documentary (which will soon be made available at the National Film Board of Canada) and graphic novel – The Magical Life of Long Tack Sam.