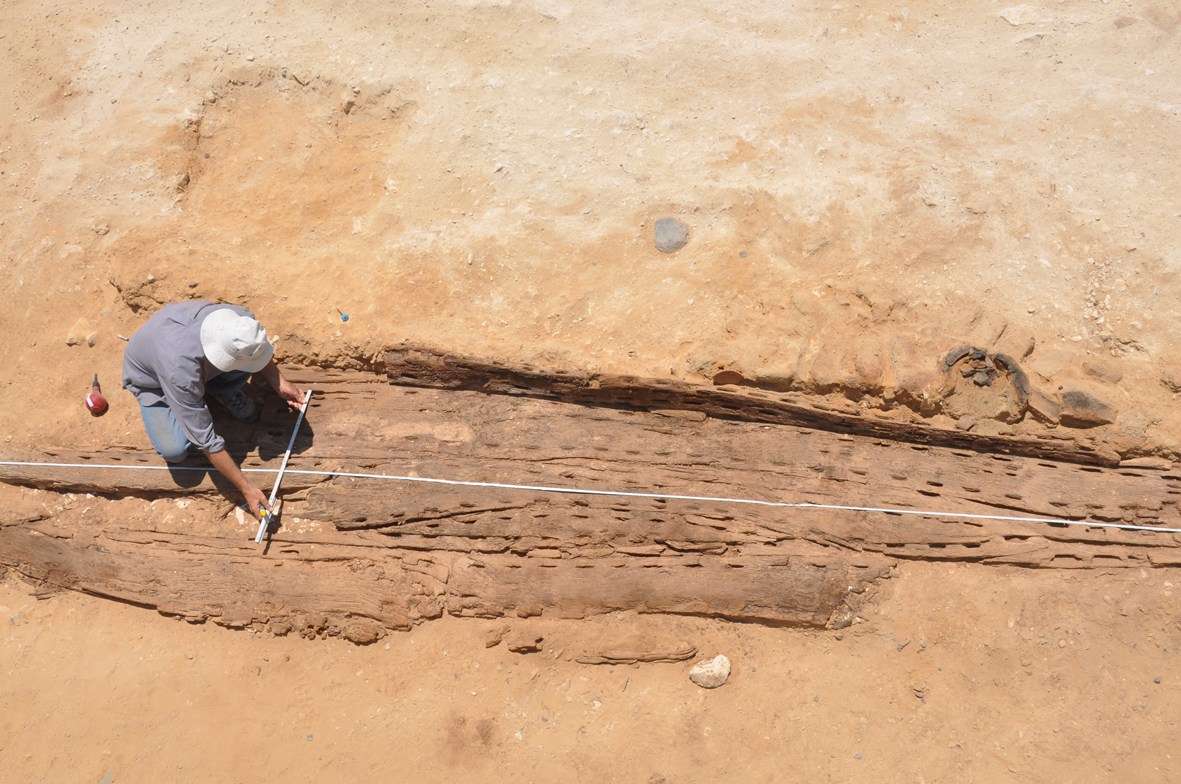 Just prior to the outbreak of war in 1914, legendary French archaeologist Pierre Montet was working to excavate several mudbrick tombs (or mastabas) of the wealthy in the extensive cemetery complex at Abu Rawash, just north of Giza in Egypt. In his reports Montet noted that one of the tombs had an unusual feature – a wooden floor.

Nearly 100 years later, Egyptologist Dr Yann Tristant (Macquarie University) found himself reading Montet’s reports, mystified by this particular detail. No other archaeologist had ever reported finding wooden floors around mastabas and with his curiosity piqued, Tristant directed his excavations to the area where Montet had originally worked. The investigations paid off when his team re-discovered the wooden floor.

Because it wasn’t a floor at all – it was a boat.

20 ft long, wooden and designed to the technique of lacing ligatures, the boat was one of a number found by Tristant and his team during the 2012-2013 excavation season, buried with their wealthy owners in the tombs at Abu Rawash. The boats were transferred to the new Grand Egyptian Museum where they underwent conservation treatment and C14 dating to establish their age. At nearly 5,000 years old, they are now confirmed as the oldest boats ever found in Egypt. 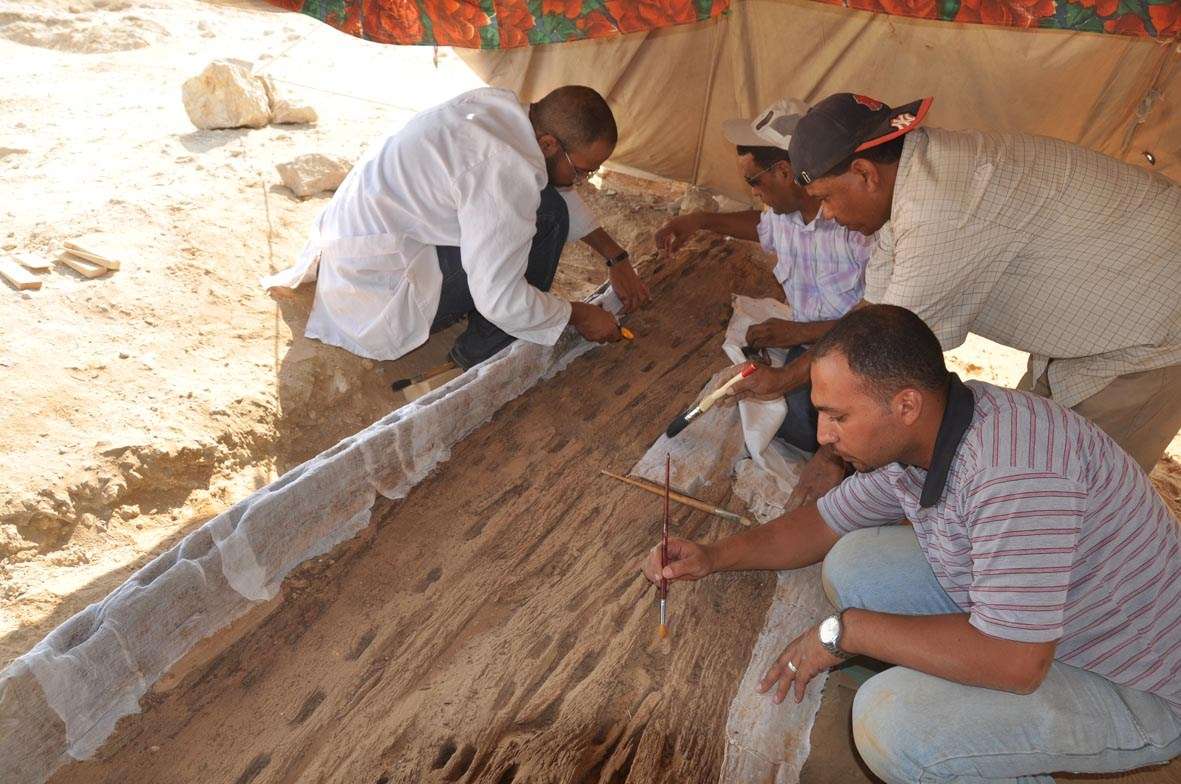 Their study will provide a better understanding of shipbuilding techniques in the early periods of Egyptian history, however the boats still present many mysteries. Why were they placed within these tombs and what was their significance? Were the boats symbols of power or objects of prestige that the dead wanted to take with them to the afterlife?

Come along to a very special event at the museum and hear Dr Tristant talk about this exciting discovery, and how a clue in a 100 year old archaeological report led him to find the oldest boats in Egypt…

You can book online, scroll down for the event and follow the ‘book now’ link.

Save the date – hope to see you there!