Last Friday I headed out to ANZ Stadium to join the red and green crowd congregating to watch the South Sydney Rabbitohs play the Sydney Roosters for the NRL minor premiership. The atmosphere was amazing. The long-term rivalry between the two clubs and their occupation at the top of the competition ladder had ignited an intense pre-match build up – and the stands were buzzing.

There is something special about being in the crowd for a game like this and it has to do with generations of fans, generations of champions and a rivalry that is as old as the League itself.

This is what history is made of.

Both the Rabbitohs and the Roosters are the only foundation teams still remaining in the NRL and their competitive history stretches back to the game’s establishment in 1908. However it wasn’t just the historical tension between the two teams that was pumping up the crowd last Friday night, it was also the significance of what they were fighting for: The J.J. Giltinan Shield.

The shield was instituted back in 1951 to commemorate entrepreneur James Joseph Giltinan who had died the year before. Giltinan had been central to the foundation of rugby league in Australia and had led the first Kangaroo tour to England in 1908. He had also been present at Redfern Town Hall on the evening of 17 January 1908 when the South Sydney Rugby League Club was formed. 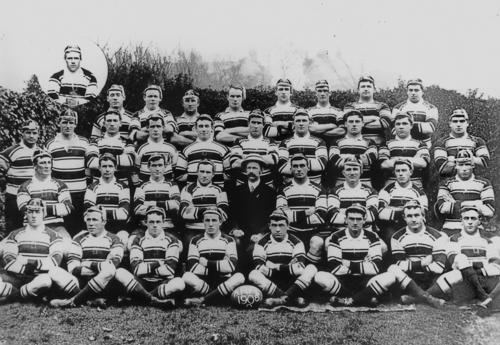 Giltinan played a vital role in the establishment of rugby league in Australia, however his patronage and passion also extended to another traditional Australian sport: 18-footer sailing.

18-footer sailing had been growing in popularity on Sydney Harbour since the late 1890s, thanks in part to the enthusiastic support of Department Store owner Mark Foy. In 1935 J.J. Giltinan founded the NSW 18-footers Sailing League (in opposition to the Foy-founded Sydney Flying Squadron) before staging the first 18-footer world title in 1938. This world title is still contested today and is known as the J.J. Giltinan Championship.

However the historic link between sailing and football goes further than Giltinan’s patronage of both sports and into the working class areas of Sydney from which both codes evolved. As sailing was the summer sport and rugby was played in the winter, many local yachties also played for their area’s equivalent rugby league team. Football jerseys were worn during sailing races and there are many familiar names running between the two sports such as Bob Lundie, ‘Chook’ Fraser, Tony Russell and Joe Pearce. The great Herbert ‘Dally’ Messenger was a regular crew member aboard the 18-footers and his uncle built Mark Foy’s famous catamaran Flying Fish. Harry ‘Seven Heads’ Hamill, the first captain of the Newtown Rugby League Football Club, was also the long-time editor of the Sydney Flying Squadron’s popular magazine Sailing Through Australia. Hamill was a good friend of Giltinan’s and a founding member of the NSW 18-footers Sailing League. 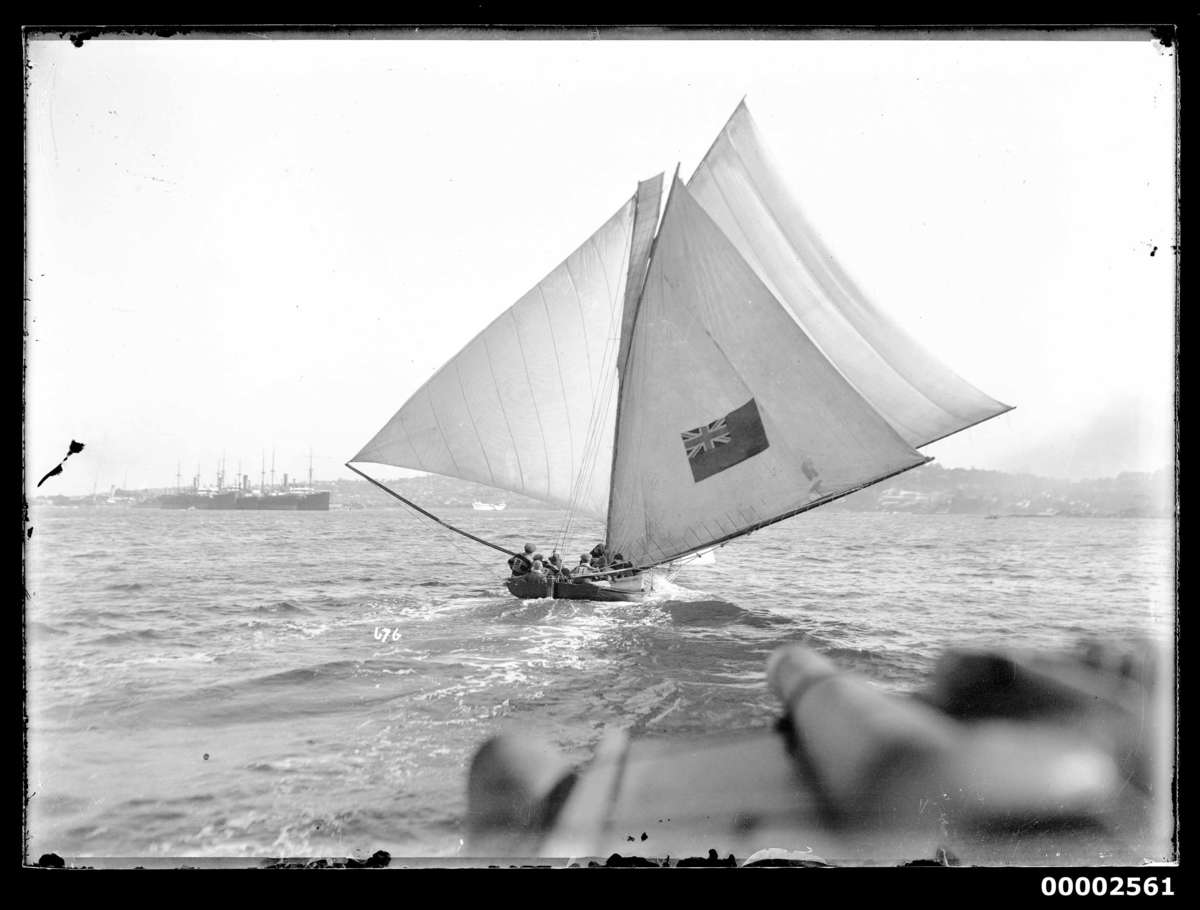 One of the most notable sportsmen of the time was ‘Wee’ Georgie Robinson, star half-back of Balmain’s rugby team. Robinson was also a legendary character on the 18-footer scene and designed, built and skippered the champion yacht Britannia. His crew all wore the black and gold of the Balmain football team.

The connection between rugby and sailing is not as strong as it once was, however a thread still remains – happily – between the South Sydney Rabbitohs and the 18-footer sailing league. Souths sponsors De’Longhi and Kenwood also sponsor several skiffs in the Australian 18-Footers League who race under the iconic rabbit emblem. 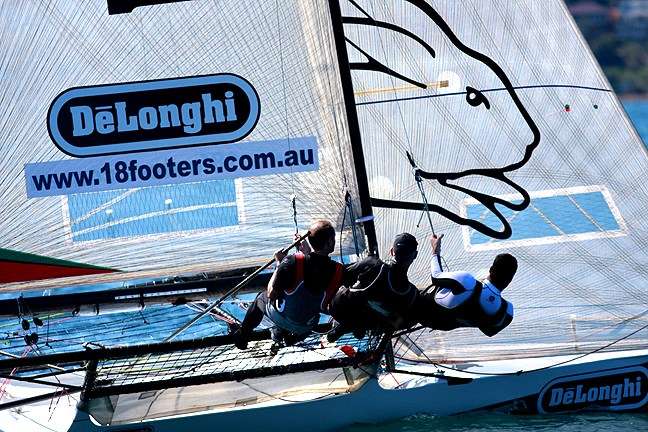 Unfortunately for last weeks J.J. Giltinan clash between the Roosters and the Rabbits, no amount of sweaty hollering from those of us around The Burrow could pump up the final scoreline and the Roosters took home the shield.

However tonight the business of the finals begins and Souths are facing Melbourne Storm back out at ANZ Stadium. This Rabbitoh is looking forward to the next few weeks of finals football – however if you’re worried about the end to another football season, don’t be. The sailing season is just beginning… 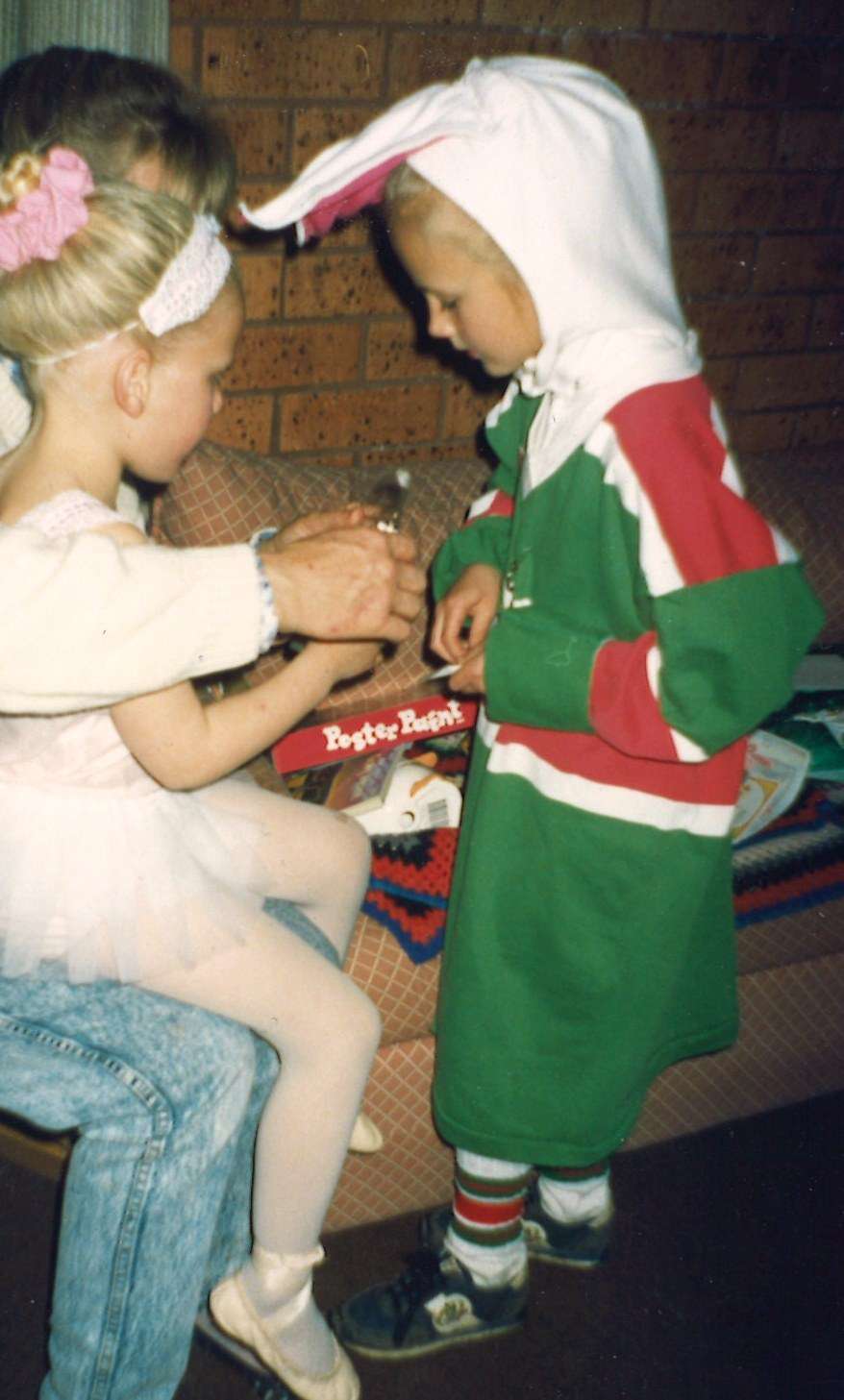 The author at her 8th birthday party (the rabbit, not the ballerina!)

With thanks to Frank Quealey of the 18-Footers Club and Terry Williams of the Rugby League Museum.