The Australian National Maritime Museum has recently been assisting with a project to build a replica of Barnett’s Myra Too, however the success of this yacht in Barnett’s expert hands forms only a small chapter in a life full of achievement on and off the water. 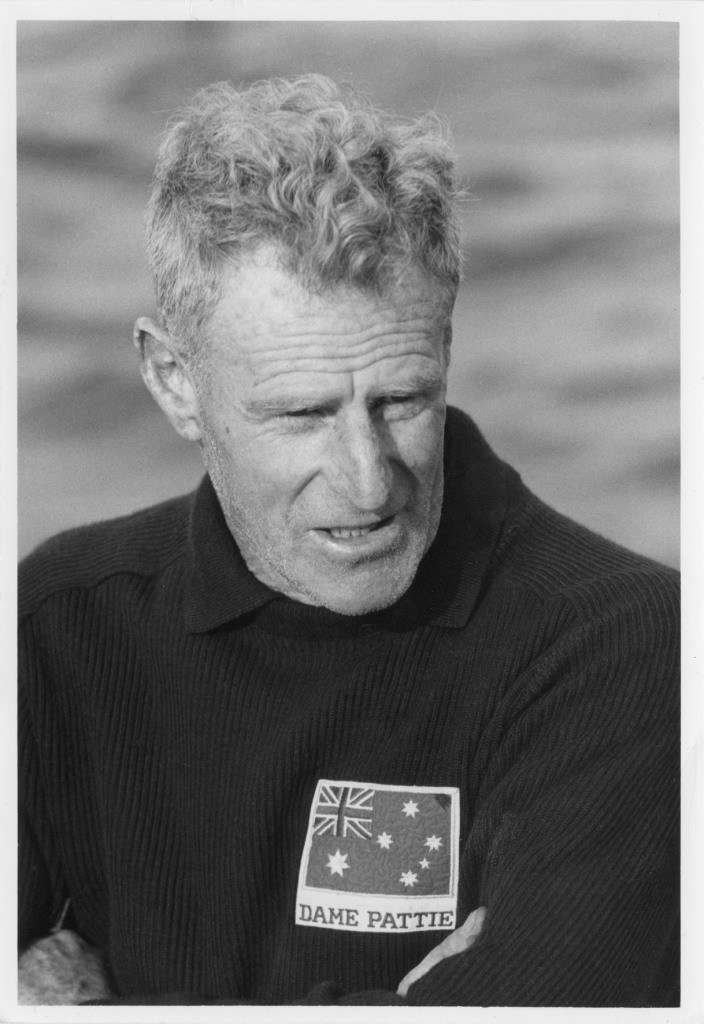 In 1915 Barnett was born into a family of boat builders and shipwrights. His father had been an apprentice to Watty Ford and caretaker of the Shore School boatshed at Berrys Bay. He was also an active and talented sailor, acting as for’ard hand for George Press in the legendary yacht HC Press. Bill Barnett himself recalls that many of his skills were absorbed as a young boy through watching his father work.

Under his father’s supervision, Barnett built his first dinghy at around age fourteen before gaining an apprenticeship at Neptune Engineering and Slipway in Lavender Bay. He then moved on to the Manly Ferry Company where one of his first jobs was to build lifeboats for the Manly ferries Dee Why and Curl Curl.

During the war Barnett worked as a shipwright with the Shell Oil Company at Gore Bay, all the while building and sailing yachts in his spare time. After leaving Shell Oil, Barnett built his own house and boatshed at McMahon’s Point, next door to where he was born, and struck out on his own as a boat builder.

During this time Barnett established an excellent reputation as a shipwright with his innovative designs for surf boats and Dragon class yachts. This reputation was only enhanced by Barnett’s skills as a sailor, skippering many of his own designs to success in sailing competitions and club events. This culminated in 1951 when Myra Too captured the State, National and International 18-footer titles with Bill at the helm. 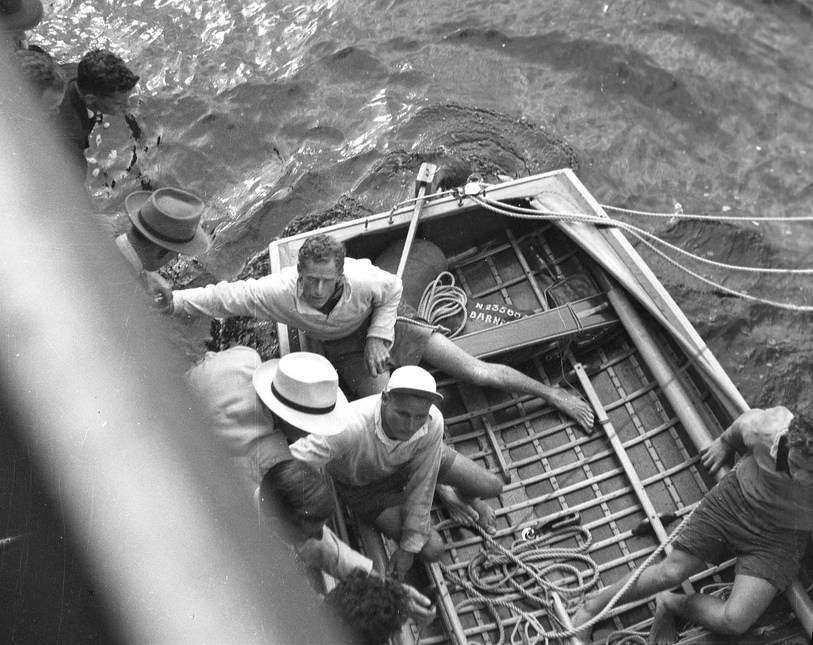 Barnett’s career then reached new heights when he was approached to build a 12 metre yacht for Australia’s 1967 challenge for the prestigious America’s Cup. The yacht was designed by Warwick Hood and christened Dame Pattie after Pattie Menzies, the wife of former Australian Prime Minister Robert Menzies. Dame Pattie raced competitively during trials, however was unsuccessful against the American yacht that won the series, Intrepid.

“Being asked to build the Dame was the most momentous thing, with regard to boatbuilding, that had happened to me”

In 1971 a devastating fire tore through Barnett’s McMahon’s Point boatshed, destroying the structure and its contents, including valuable tools and archives. The shed was rebuilt with the assistance and generosity of the local community and Council and Barnett continued to work from the shed until only several years ago.

The loss of half models and plans such as those for Myra Too in the 1971 fire have meant that the Myra Too replica is being built from a combination of memory, photographs and above all – that intangible boat builders ‘instinct’. Now 98, Barnett himself has overseen details of the design with his own apprentice Bob McLeod building to plans created by Alan Payne’s nephew David Payne.

It’s all in the blood, afterall.

On May 11, the Australian Open Skiff Trust hosted an event to celebrate Billy Barnett and his achievements as a sailor and shipwright. The tribute lunch also assisted in raising funds for the completion of Myra Too.