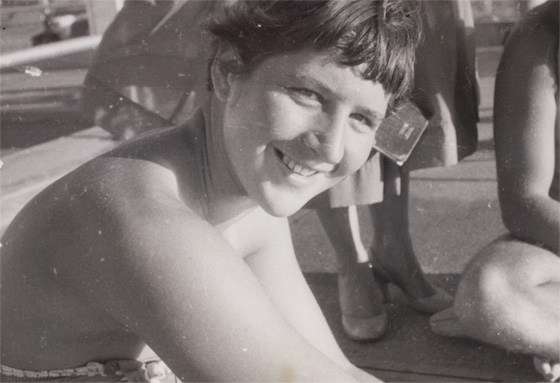 Dawn Faser by a pool in Townsville in training for the 1956 Melbourne Olympic Games. Photographer: John Konrads. ANMM Collection

On 27 February 2013, swimming legend Dawn Fraser (1937- ) was named Australia’s greatest sportswoman of all time at the Sport for Women Day celebrations in Canberra.  She beat former Olympic Athletics Champion Betty Cuthbert and seven times APS World Champion surfer Layne Beachley for the top honour.  You can see the full list of Australia’s top 100 Sportswomen on the Sport for Women website. 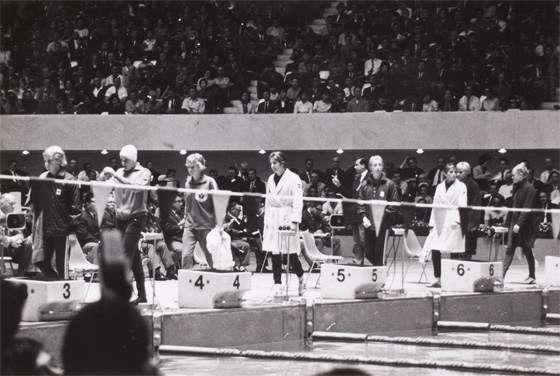 Dawn Fraser became the first swimmer to win individual gold medals for the same event at three successive Olympics by winning the 100m Freestyle in Melbourne (1956), Rome (1960) and Tokyo (1964),

Incredibly, Fraser’s Olympic career was cut short when she was banned from international competition for ten years for defying an Australian Swimming Union order on marching with team mates in the opening ceremony of the Tokyo Olympics instead of resting in preparation for the women’s swimming events scheduled during the first four days of competition. The ban prevented her from competing at a fourth consecutive Olympic Games in Mexico City (1968) and defending her 100m freestyle title once more.

Is there an Australian sportswoman who inspires you?