Throughout the late 1800s and early 1900s, a burst of events and individuals conspired to shape the area of Manly, in character as much as construction. This period helped form the Manly we know today – a fast and fresh ferry ride from the city and a place where we can swim in the daylight hours, safe under the watchful eyes of lifesavers. Winding back the clock to the 1840s, Manly was still largely unsettled. However this was all to change with the arrival of merchant Henry Gilbert Smith who began buying up land in the area in 1842. Having a great affection for the beauty of Manly, and perhaps seeing a worthwhile monetary investment, Smith promptly erected housing, public buildings, a school and the Steyne Hotel, which is still in operation (despite several reincarnations). Smith was also involved in the planting of the iconic Norfolk Pines which today line the ocean front and tower over the sand. The entrepreneurial Smith extolled the area’s potential as a health and holiday resort and his vision for Manly was for it to become a colonial ‘Brighton’, the famous British beachside resort.

As the area began to open up, so did the need for more frequent and reliable transportation, and as the journey by road was rather circuitous, travel by sea was the favoured option. Smith’s support of a regular ferry service opened up the area to a stream of visitors and new residents throughout the 1840s and 50s. In 1858, in addition to regular commuter services, a special late-night ferry service was introduced that allowed Manly residents a night out in the city and a reliable journey home. Regulars who utilised this service formed a club for the passage home that was dubbed ‘The Hot Potato Club’ due to the practice of cooking snacks such as potatoes in the vessel’s engines to be consumed on the convivial return journey to Manly. 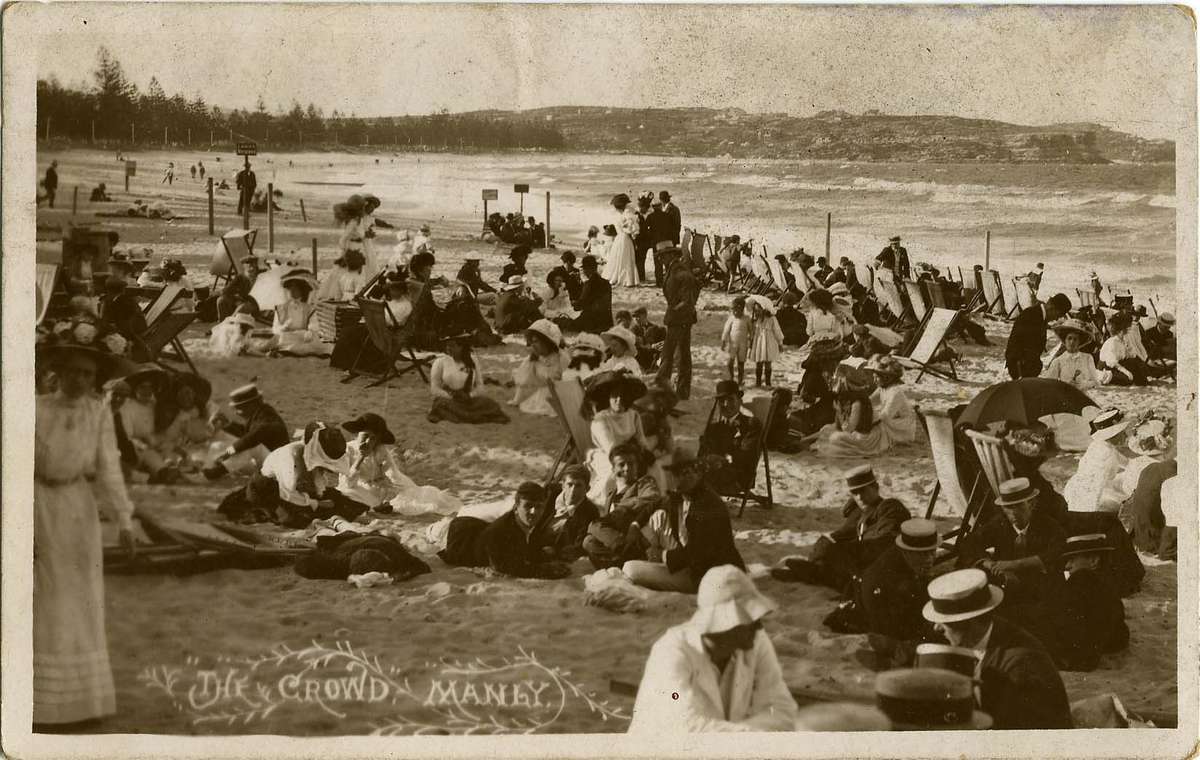 Throughout the second half of the 19th century Manly grew into Smith’s vision of it as a seaside resort. Advertisements and newspaper articles for the area praise Manly’s short journey from Sydney, while imbuing it with all the virtues of a faraway holiday destination.

Attractions at Manly continued to be constructed throughout this period for the amusement of the area’s visitors. Smith had himself financed a camera obscura which opened in 1857 on Constitution Hill and operated as a popular novelty until the late 1870s. In December 1903 a Water Chute and Toboggan was opened in time for the Christmas holidays in Steyne Court on the corner of Ashburner Street and South Steyne Road. The water chute was 15 meters high and used a 50 horsepower engine to pull a boatload of 8 passengers to the top. At the peak of the tower the boat was released to slide thrillingly into an artificial lake. Several toboggan rides rounded out a day of adventure at Steyne Court. The water chute’s popularity was relatively short-lived and it closed its doors in 1906, however it paved the way for later tourist attractions such as Oceanworld Manly. 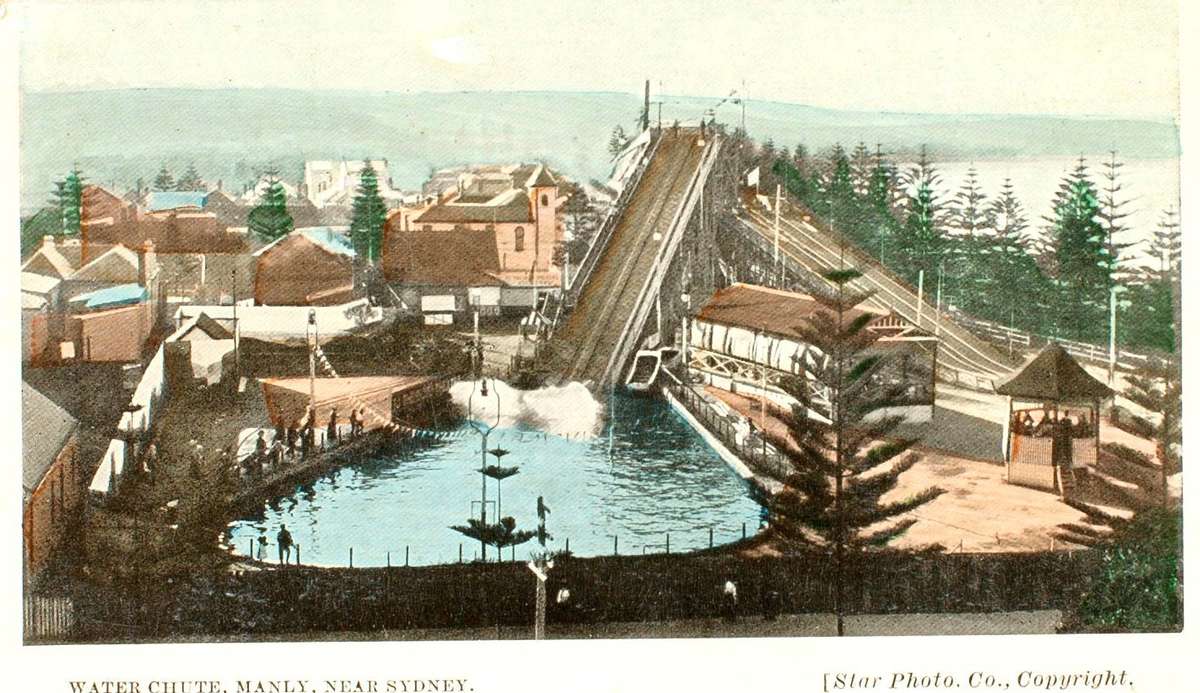 Around this time, in May 1906, the French barque VINCENNES ran aground at Manly and its presence increased the carnival atmosphere on the beach. The already heaving ferries increased their load as tens of thousands of Sydneysiders travelled onboard to view the stranded ship. VINCENNES was eventually returned to the sea in a high tide in early June, much to the disappointment of local merchants. 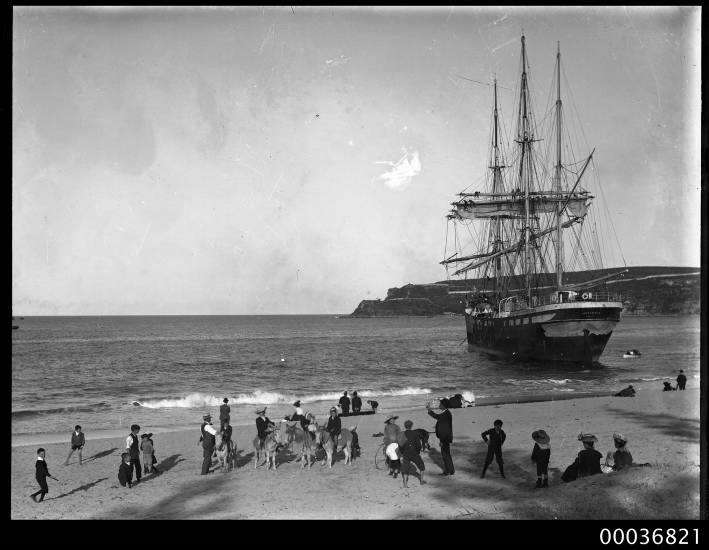 With growing crowds flocking to Manly’s beaches, by the turn of the century the local council was faced with a dire and scandalous decision. To allow daylight bathing or not to allow it? In 1902 a local resident forced the authorities to act. Enter William Henry Gocher, the owner of a short lived newspaper and bimetallist who, in October 1902, publicly declared his intention to swim during the daylight hours. Challenging the conservative issues of public decency, Gocher plunged into the surf three defiant times before he was finally escorted from the water by the police. No charges were laid and in 1903 Manly council introduced ground-breaking legislation that allowed all-day swimming – provided a neck-to-knee costume was worn. 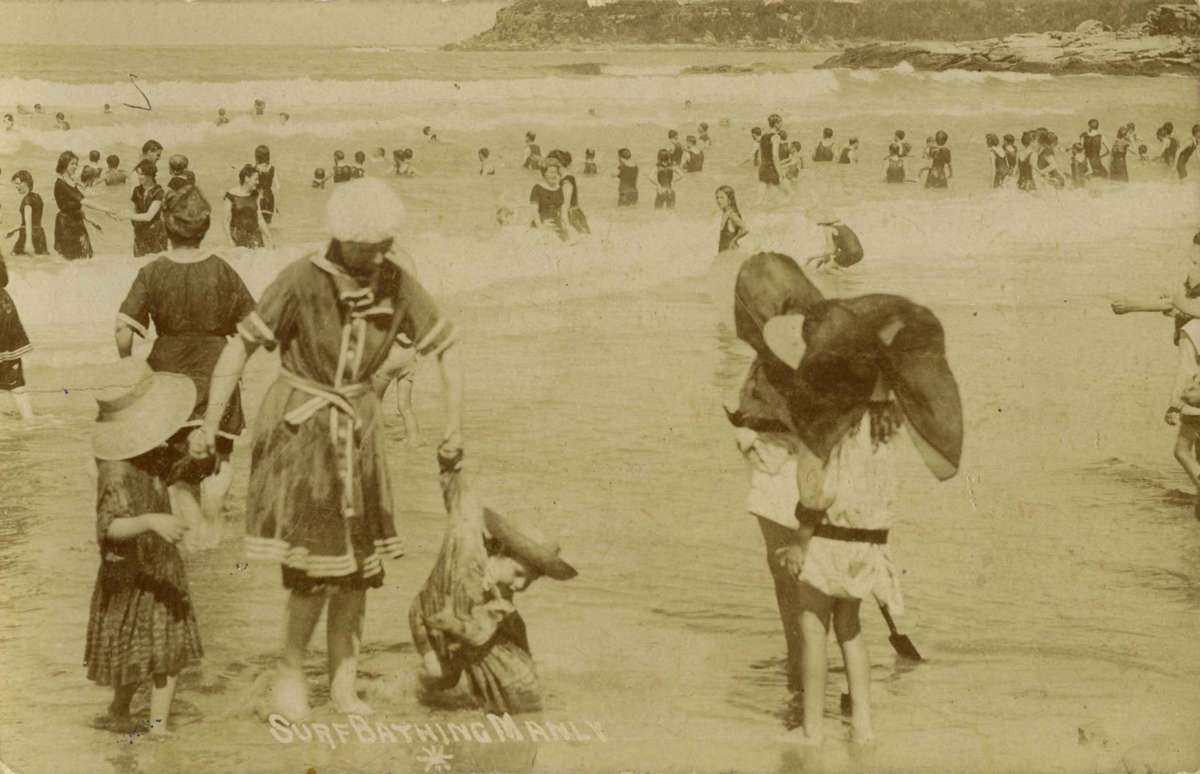 While the beaches were opening up to swimmers, another issue was arising for the local council. With so many amateur swimmers plunging into Manly’s surf, drownings and rescues were becoming commonplace. Manly Council was among the first to develop and appoint surf lifesavers when in 1903 they supported two fishermen, the brothers Charlie and Eddie Sly, to use their modified whaleboat to patrol Manly and its nearby beaches. From these humble beginnings, the modern Manly Life Saving Club developed. 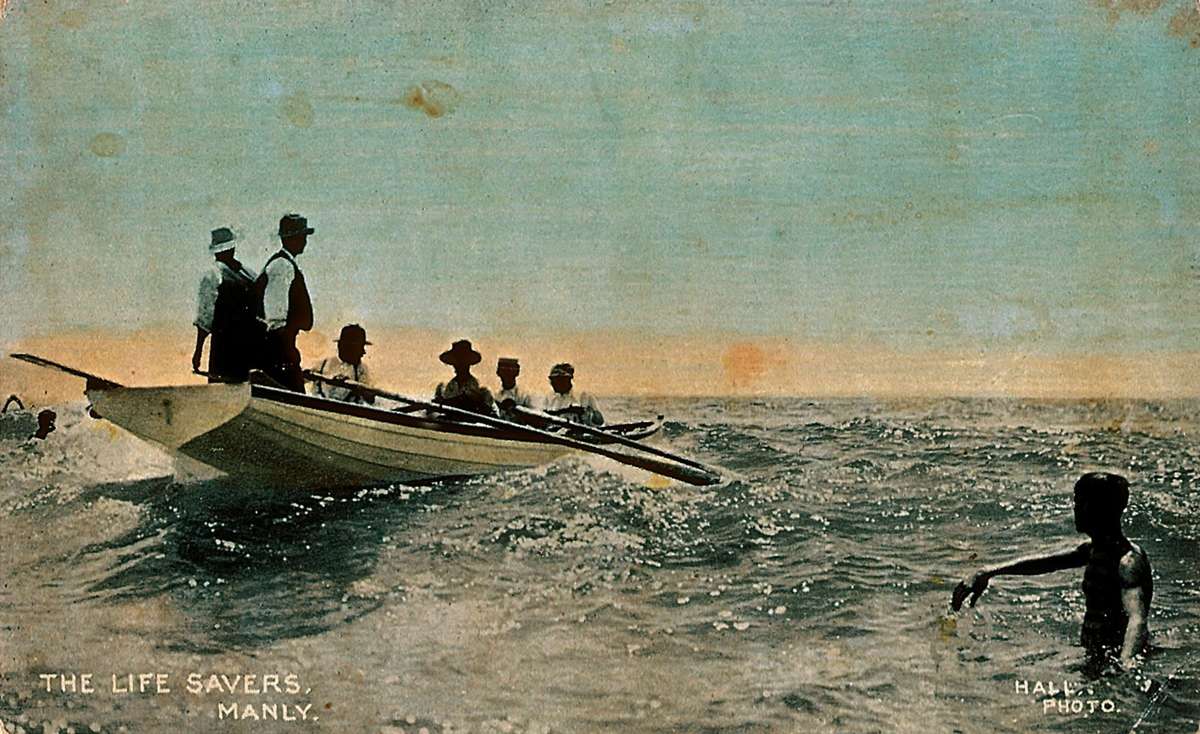 In the summer heat there is something special about slipping into the surf at Manly, where the historic tendrils of yesterday’s bathers and local movers and shakers still wreath the landscape. Those individuals that planted pines, defiantly swam in the daylight hours or volunteered their knowledge of the sea for saving lives all made their presence felt at Manly then, as now.