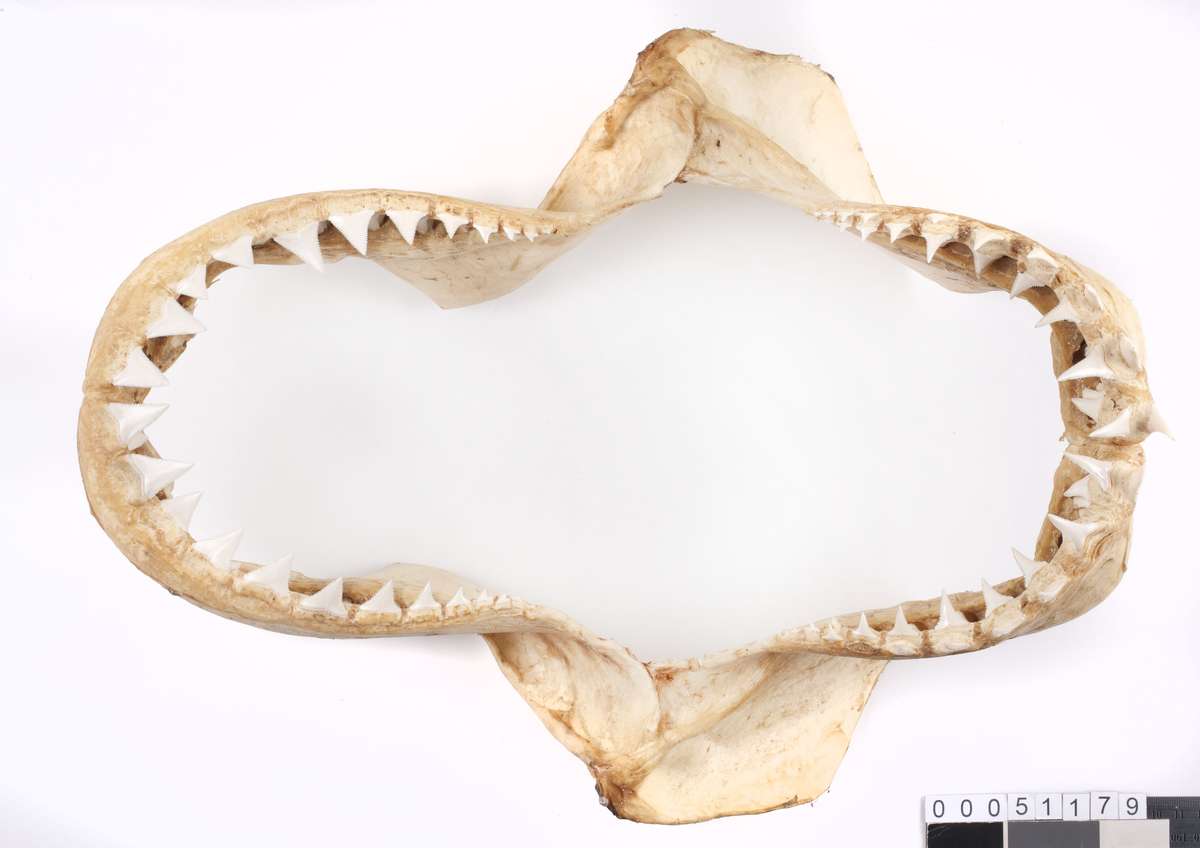 Recently, the Taylors generously donated a substantial part of their underwater equipment and memorabilia accrued over a long career in skindiving and filmmaking. The collection includes an old Victor Cine camera the Taylors used during the early days of underwater filming, a brooch from the wreck of the Dunbar and shark repellent devices now classed as prohibited weapons.

The collection is a testament to the couple’s enduring passion for marine life. This passion lent itself to a fascinating career; a career during which the pair seemed inseparable. The Taylors met as members of St George Spearfishing Club in Sydney and married in 1963. Both avid skindivers and spearfishers, at the time there was little awareness of marine conservation.

The Taylors’ underwater interests expanded to include scuba diving and underwater photography. When television came to Australia in 1956, Ron saw the potential for making underwater news stories and with the help of a friend, who lent him a Bell & Howell 16 mm movie camera, Ron built acrylic housing for the camera and started selling underwater footage to television broadcasters and to the cinema newsreel producer Movietone News. 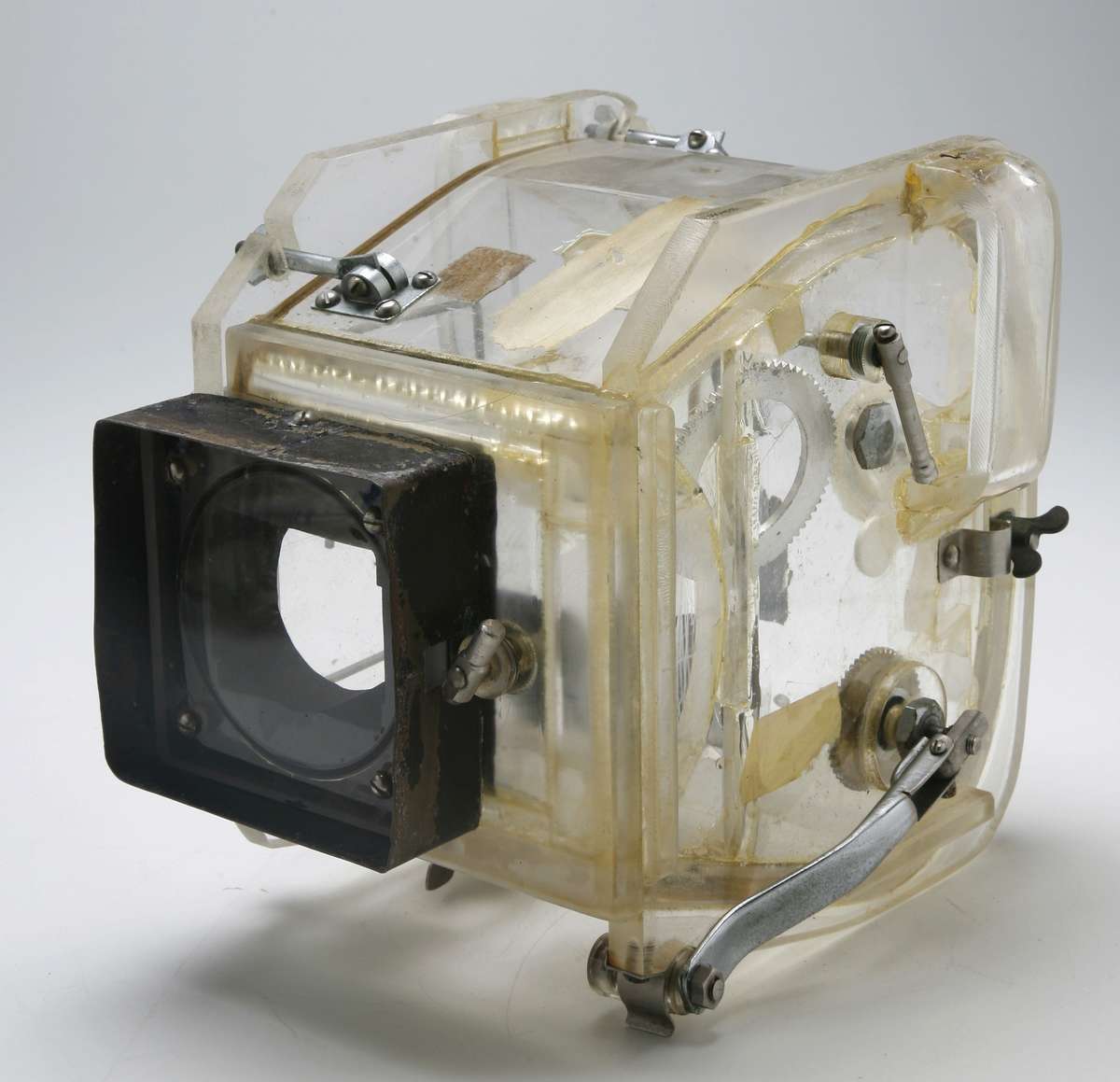 Acrylic camera housing made by Ron Taylor for the film Orca, 1960-1976
Gift from Ron and Valerie Taylor
ANMM Collection

In 1962, Ron Taylor received his first award for underwater photography for a news film called Playing With Sharks. In 1963 Ron and Valerie made their first underwater film Shark Hunter which was sold to enthusiastic television networks in Australia and the USA. The Taylors quickly gained a reputation for cutting-edge underwater photography and more awards followed.

Giving up competitive spearfishing in 1969, the Taylors devoted themselves full-time to shark research and underwater photography. They filmed many of the scenes in the American feature film Blue Water, White Death. Shortly afterwards they spent nine months filming and directing a 39-episode television series called Barrier Reef. As their reputation flourished, other underwater filming opportunities presented themselves: Jaws (1974) for Universal Pictures, Sharks for Timelife Television (1975), Orca (1976) for Dino De Laurentis, Peter Weir’s The Last Wave (1977) and The Blue Lagoon (1979) for Columbia Pictures, with many more to follow.

Chainmail diving suit made by Ron Taylor, 1979-1982
The suit shows damage caused by the teeth of a Great White Shark
Gift from Ron and Valerie Taylor
ANMM Collection

The Taylors also engaged in underwater research into shark behaviour. In the late 1960s, Ron devised the idea of a diver wearing a full length chainmail suit over a wet suit as a form of protection against shark bites. In 1979, with a documentary in mind, he paid US$2,000 to have the suit custom made in the USA. When the suit arrived in Australia, it was too small for Ron, so Valerie decided to wear it. After tests on land, Valerie stuffed tuna fillets into the suit to attract sharks and dived into the water. The experiment was a success – the couple learnt how sharks attack, feed and bite, and Ron captured extraordinary footage used in a television feature Operation Shark Bite (1982).

After the suit experiment, American marine biologist, diver and photographer Jeremiah Sullivan improved the suit design. This led to the development of stainless steel chain mail diving suits and electronic shark deterrent equipment that allowed the Taylors to become the first divers ever to film Great White sharks underwater without a cage (Blue Wilderness in 1992 and Shark Pod in 1996).

The Taylors have been recognised for their work all over the globe winning a slew of awards including the prestigious American Nature Photographer of the Year award in 1997, and the Gold Palm Award at the World Festival of Underwater Pictures in 1998. In Australia, Ron and Valerie received the Serventy Conservation Medal from the Australian Wildlife Preservation Society and the Lifetime of Conservation Medal from the Australian Geographic Society. In 2003 Ron became a Member of the Order of Australia, joined by Valerie in 2010 for their work in conserving marine animals and habitat.

As a child, I remember seeing some of their documentaries on television and one thing that will always stick in my mind is the footage from Operation Shark Bite. I remember being struck with a mixture of horror and awe at how many sharks were swarming around and biting Valerie. It served as a stark reminder to me of how aggressive sharks could be. But what this footage, the footage produced during the Taylors’ prolific careers and the items now in our collection also represent, is the couple’s relentless dedication and quest to comprehend a highly misunderstood and undervalued species. Ron and Valerie’s hard work made us realise one of the most serious of issues facing us today – the real possibility of the wholesale destruction of marine life and their habitat.

View all posts by Nicole and Penny→
Posted in: From the collection , Oceanography
↑