Passengers peer through windows on the deck of the liner VENTURA and hang over the ship’s railings, completely engrossed in the scene in front of them. Some are still climbing ladders up the side of the vessel, while others wait in lifeboats below. Several hundred metres away a ship, their ship, RMS TAHITI is sinking before their very eyes – set to become a relic at the bottom of the Pacific Ocean. 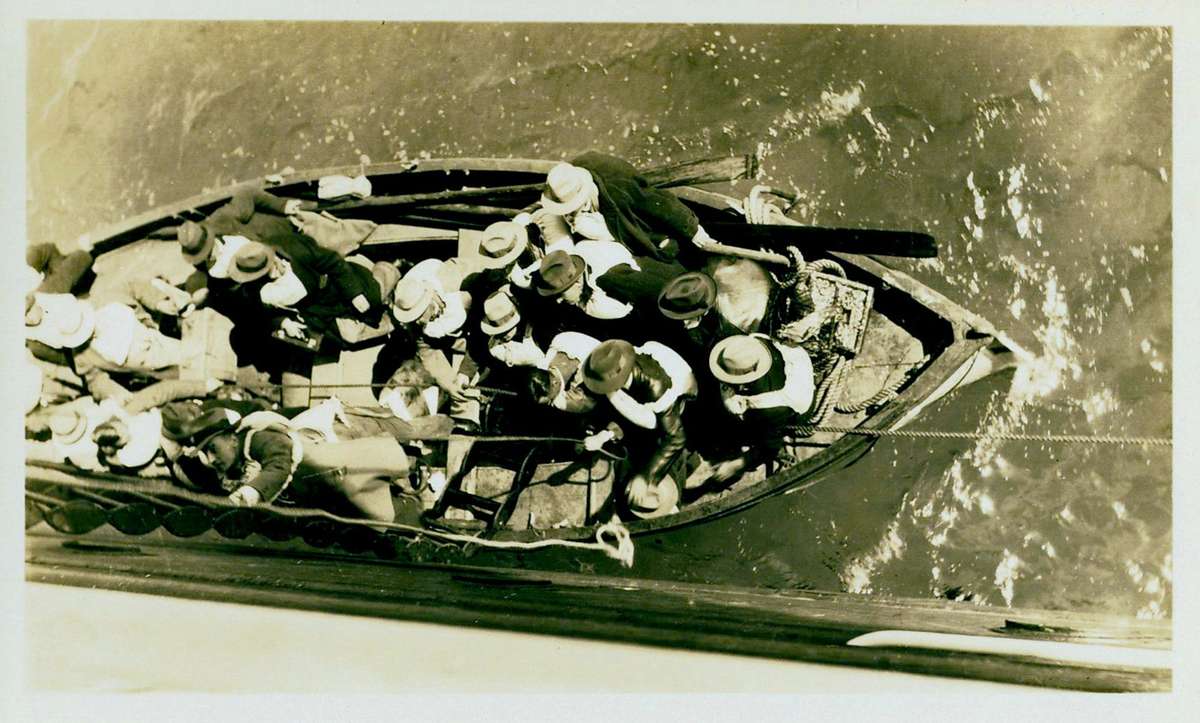 It is 18 August 1930 and the passenger liner TAHITI, two days after its starboard propeller shaft first fractured and then smashed through the side of the hull, is finally succumbing to the irreparable damage.

Having departed Sydney in early August and while servicing the liner’s regular route to San Francisco, TAHITI was on its way to Raratonga with 128 passengers onboard when disaster struck. During the early hours of 16 August, some 450 miles southwest of the Tongan Islands, the ship’s propeller shaft fractured so violently that it tore through the hull and water began pouring relentlessly into the engine room. Distress calls were sent out and two vessels responded: the Norwegian steamer PENYBRYN and the Matson liner VENTURA. However the rescue vessels were some time away, and TAHITI drifted slowly north for two days and nights, continuing to take on water. During this time the crew worked desperately to keep the distressed liner afloat, pumping water and monitoring the flooded engine room’s crumbling bulkhead.

The second assistant engineer, who was on watch, was washed away from the tunnel door by the rush of water, but by an heroic effort he closed the door. The engine room was flooded, putting the ship into total darkness. With only flashlights to work with and with water over 11 feet in the engine room… by a main effort the ship was held afloat.

Captain Meyer of the VENTURA, quoted in The Advertiser, 21 August 1930

PENYBRYN arrived late on Sunday night and the decision was made to delay transferring passengers until the following morning when the larger VENTURA was expected to arrive. However early on Monday morning the bulkhead of the No. 3 engine room finally began to collapse and with no time left, the lifeboats were launched. With five boats already in the water VENTURA made a timely arrival on the scene and despite the choppy conditions, all passengers and crew were transferred to its decks without mishap and with no lives lost. 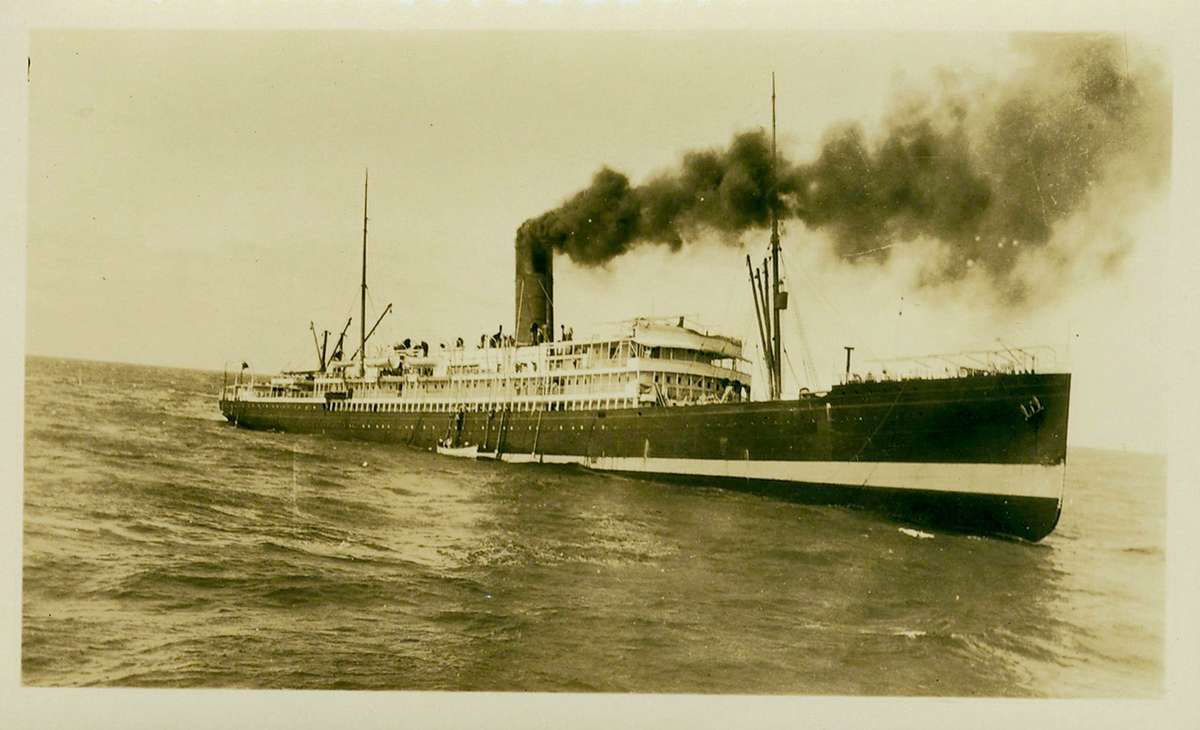 The drama of the sinking and the excitement of the rescue dominated Australian newspaper headlines throughout the following months. With the advance of photographic technology, many passengers and crew had cameras of their own and found a ready market for their images amongst Australian and New Zealand media outlets. Film footage of the sinking was bought by Fox Films and rushed into distribution, playing at cinemas around the country. Captured through the camera lens of an eye witness, participating in the event as it unfolded, the photographs convey a valuable sense of real time immediacy and intimacy to modern audiences as much as they would have done for readers of the newspapers in the 1930s. They deliver the viewer a window into scenes of full life boats, worried faces, an empty sea and finally, through a porthole, a last glimpse of an abandoned ship. 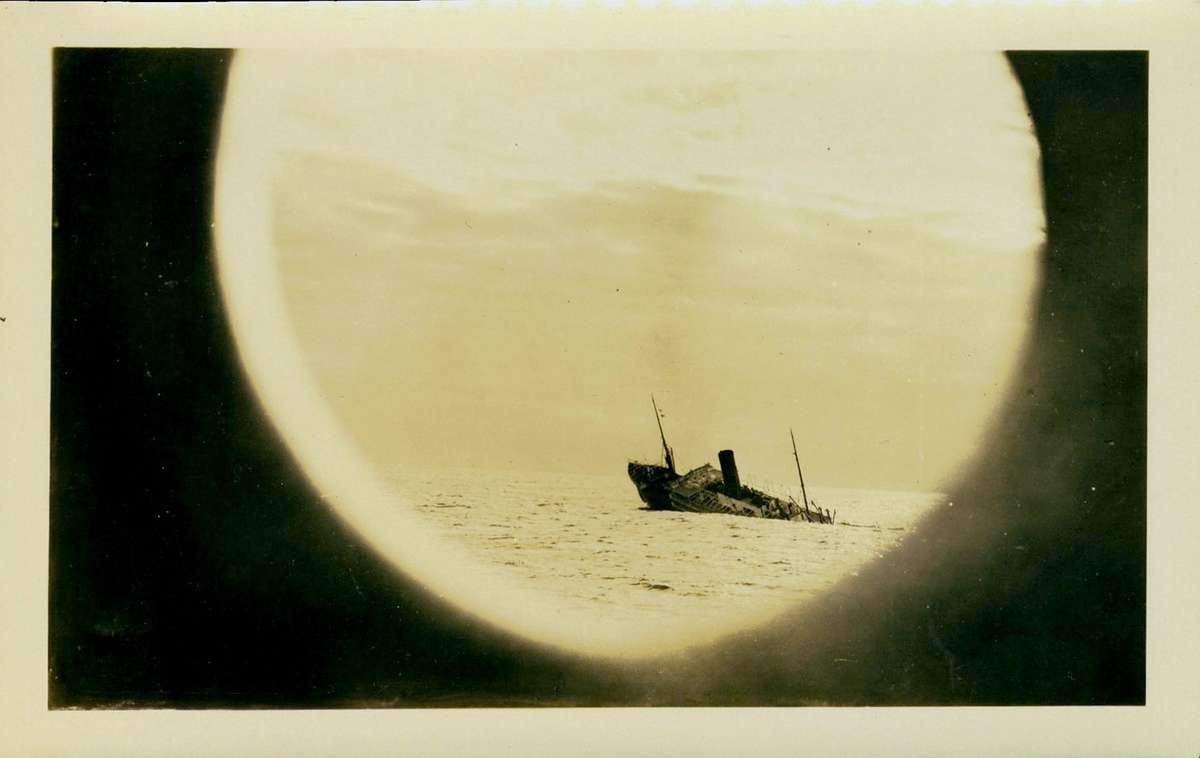 You can view more of the Australian National Maritime Museum’s collection of images documenting the sinking of the SS TAHITI on Flickr.