Jan Hendrycks confesses that one day he had been called by Jeronimus into his tent and that he gave him to know that at night time he must help him with the murder of the Predikant’s family. At night, Zeevonk has called outside Wiebrecht Clausen, a young girl, whom Jan Hendrycks stabbed with a dagger, and inside, all people – the mother with her six children – had their heads battered in with axes…He said, certainly, I have a knife. So without any objection, Andreas has gone to Myken Soers who was heavily pregnant and threw her underfoot and cut her throat….
~Henrietta Drake–Brockman, Voyage to Disaster, 2006

These words, which appeared in The Disastrous Voyage of the Ship Batavia (1647), are believed to have been written by Commander Francis Pelsaert. The text details the tragic fate that befell the survivors of the wreck of the Dutch East India Company (VOC) cargo vessel, Batavia.

In 1628, Batavia departed Texel in Holland for Batavia, carrying a cargo of trade goods, chests of coins and around 332 crew, soldiers and passengers. Francis Pelsaert was in overall command. The captain was the embittered Ariaen Jacobsz who, during the voyage, plotted with a merchant, Jeronimus Cornelisz, to usurp Pelsaert’s command. Before this plan was realised, however, Batavia hit Morning Reef at the Houtman Abrolhos islands, off the Western Australian coast on 4 June 1629. 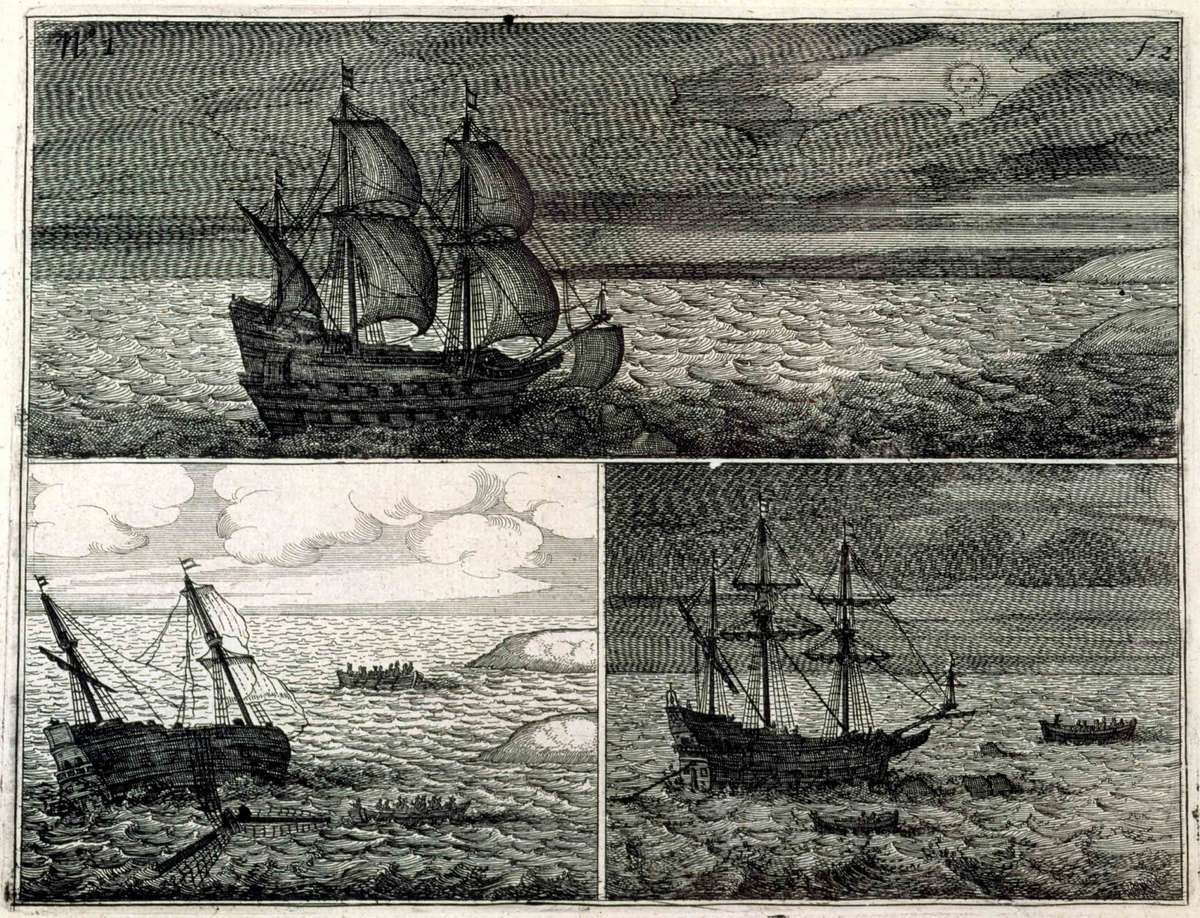 The crew, passengers and a few supplies were ferried to nearby islands. Despite some loss of life, all the women and children reached land safely. Realising the dire situation, Pelsaert launched a reconnaissance voyage to the mainland in search of fresh water. After this failed, Pelsaert, Jacobsz and 46 crew and passengers sailed for Batavia in a long boat.

Cornelisz seized the moment and took command of the supplies, weapons and survivors on the island later christened Batavia’s Graveyard. It is estimated that over 200 people remained on the island; at least 100 were soldiers and sailors of the VOC and some 25 were youths and children. Cornelisz set his plan in motion. First he dispersed the survivors, ordering about 40 men, women and children to Seal’s Island and about 15 men to Traitor’s Island. Promising he would be back with more supplies, he sent a further 20 men to another island, West Wallabi.

The killings on Batavia’s Graveyard began in the early days of July. In the weeks that followed, Cornelisz and his men brutally raped and murdered around 125 men, women and children. Ghastly accounts have survived, of sick people having their throats cut while they slept and a little girl strangled while her parents dined with Cornelisz. 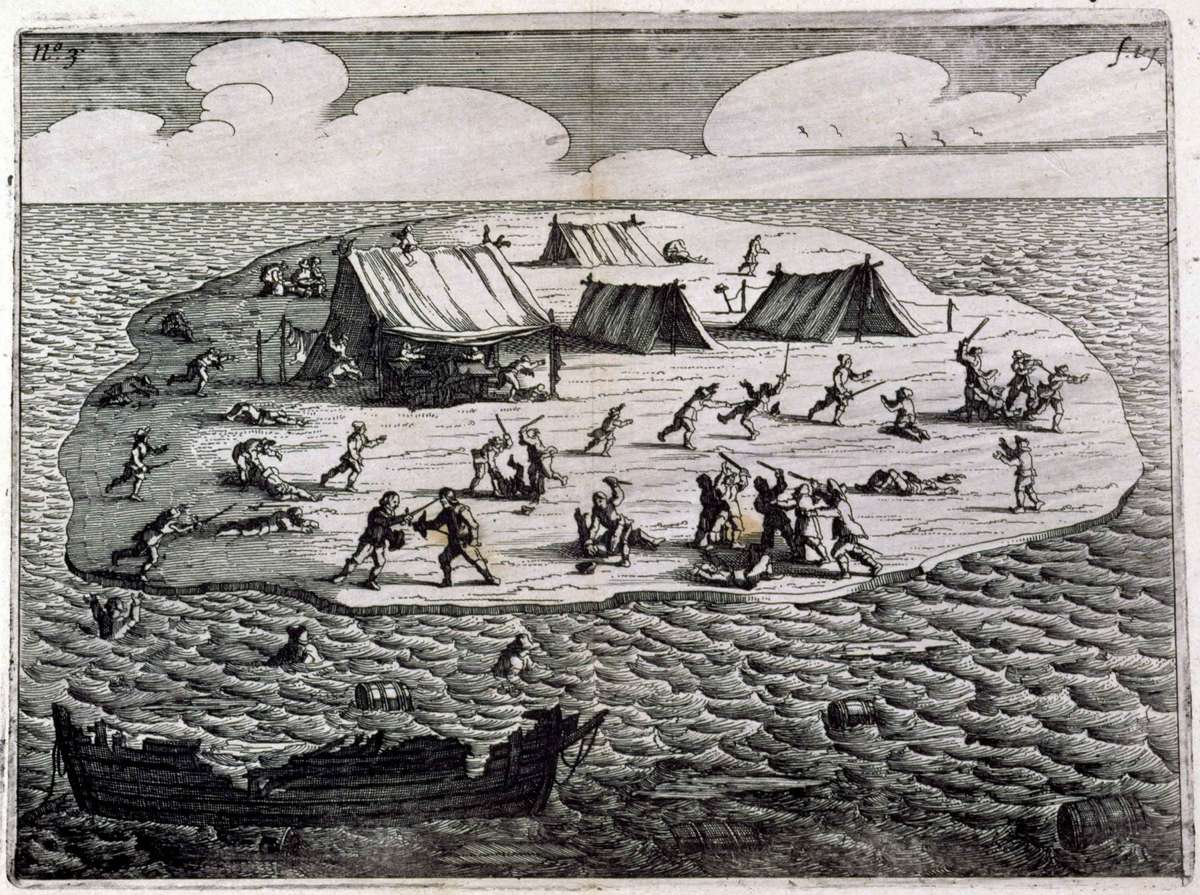 Meanwhile, on West Wallabi a leader, Wiebbe Hayes, emerged. Though they were unaware of the killings on Batavia’s Graveyard, a few survivors managed to escape Cornelisz and his gang to seek refuge on West Wallabi. Hayes prepared for a confrontation with Cornelisz by building a fort and making weapons out of the ship’s debris. Several battles ensued in which Hayes and his men emerged the victors and captured Cornelisz as a prisoner. In the meantime, Pelsaert arrived to learn of the events that had occurred on Batavia’s Graveyard and declared, ‘the pack of all disasters has moulded together and fallen on my neck.’

So began the trials and confessions of the murderers. Though Cornelisz adamantly denied all responsibility, he was tortured and confessed to his crimes. Cornelisz and the perpetrators had their hands cut off and were ‘punished with the cord at the gallows’ on Seal’s Island. 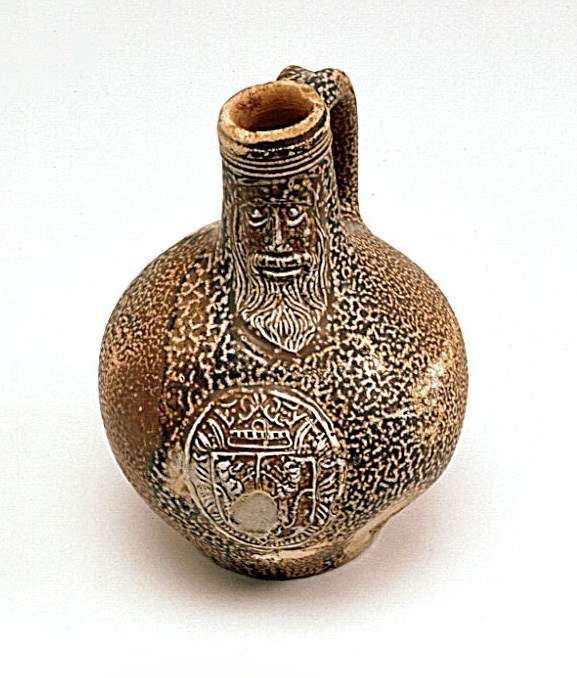 Beardman jug, excavated from the wrecksite of the Batavia, c 1629
ANMM Collection

The object of the week is a beardman jug, on display in the museum, which was one of several thousand objects salvaged from the wreck of Batavia. The jug features a rose medallion on the body with a bearded man on the neck. This style stoneware, also known as a Bellarmine jug, emerged in Germany in the 16th and 17th centuries. This jug probably contained alcohol and is one of several items in the museum’s collection of coins, armour and musket balls retrieved from the wreck. Though an ornate drinking pitcher, it’s the stories behind this jug that convey the historical significance of the Batavia. The artefacts recovered are more than just remnants from past; they contain whispers of what transpired on that island of horrors – Batavia’s Graveyard.

View all posts by Nicole and Penny→
Posted in: From the collection , Maritime Archaeology
↑