To acknowledge ANZAC day on 25 April, this month we feature a quite unassuming object – a silver teapot. But as you all know, every museum object has a story. Read on to discover the fascinating past of this domestic item.

Australia’s naval involvement in World War I was not confined to the Indian or Atlantic Oceans, nor the Mediterranean Sea or Dardanelles. The Royal Australian Navy’s first operations were in German New Guinea waters where a quick capture of German holdings in the Pacific region took place – and is not often talked about. This story is about the German government inspection ship Komet, captured by the RAN and then commissioned into the Australian Navy.

The 977-ton German government steam yacht KGS Komet was built in Bremerhaven in 1911. It was sent to German New Guinea (Kaiser Wilhelmsland) as an administrative vessel for the German protectorate and was based at Rabaul, New Britain. The yacht was finely fitted out for senior German staff who undertook regular  inspection trips of German holdings. The acronym ‘KGS’ stands for Kaiserliches Gouvernement Schiff (Imperial Government Ship).

War was declared in August 1914, finding Komet at Morobe, New Guinea. It had transported the Acting German governor, Dr Eduard Haber, for an inspection. Komet had narrowly avoided interception by the Australian Squadron and was able to sail to New Britain, landing Haber at Herbertshohe, near Rabaul.

Haber put Komet at the disposal of Admiral von Spee’s German fleet where it was used as a supply vessel to the auxiliary cruiser Prinz Eitel Freidrich until late September, 1914.  Rabaul was captured by Australian forces, and because of other  British ships in the vicinity, Komet sought refuge at a far location on the north coast of New Britain, west of Willaumez Peninsula – which became unofficially known as ‘Komethafen’ (Komet Harbour).

The ship’s presence was reported to the Australian administrator in Rabaul, and at dawn on 11 October 1914, HMAS Nusa, an armed German steam yacht which had been captured from the Germans some weeks earlier, surprised and captured the Komet. It is said that Komet‘s captain was interrupted during his morning shave by Australians boarding his ship! The crew of five Germans and 52 local sailors were removed and the yacht sent to Garden Island in Sydney for refitting. 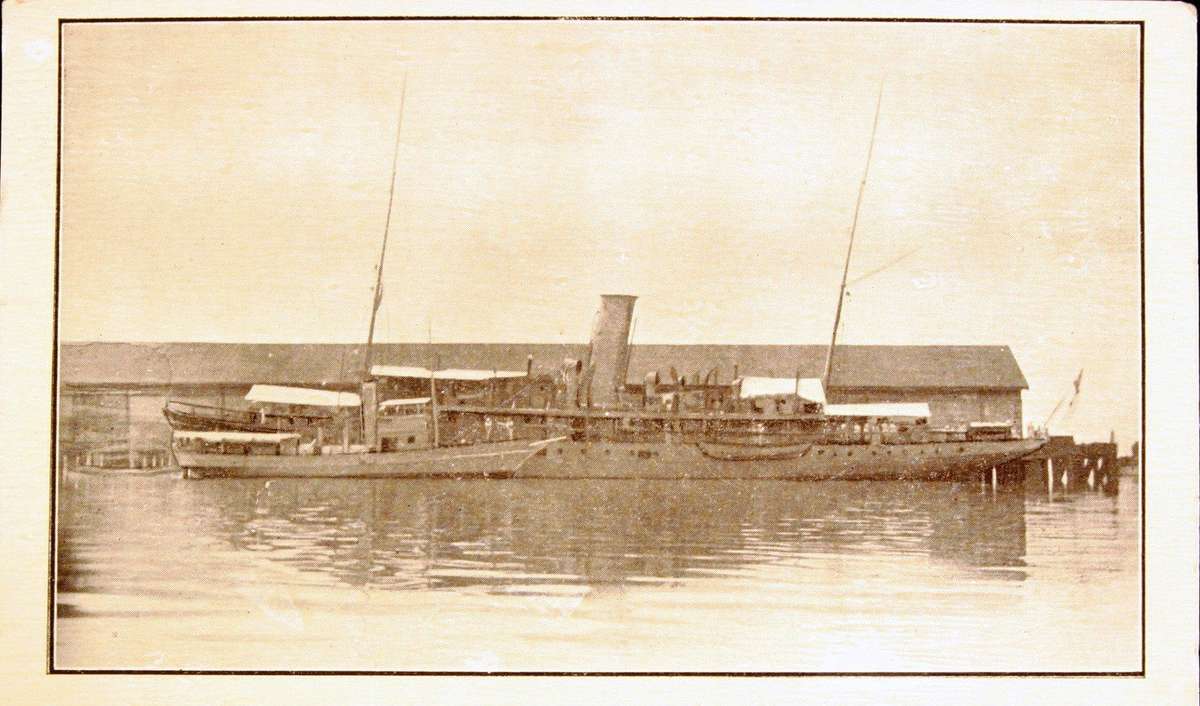 Komet had been quite sumptuously fitted out, including a fine galley and a wardroom used by the ship’s officers and guests. A full silver service made by Wilkens of Bremen was in use in the dining room and bits of it were souvenired by the Australians. The Australian War Memorial has some of the silver cutlery and we recently acquired this silver teapot. A soup ladle – also in silver – is on display in the Navy gallery. 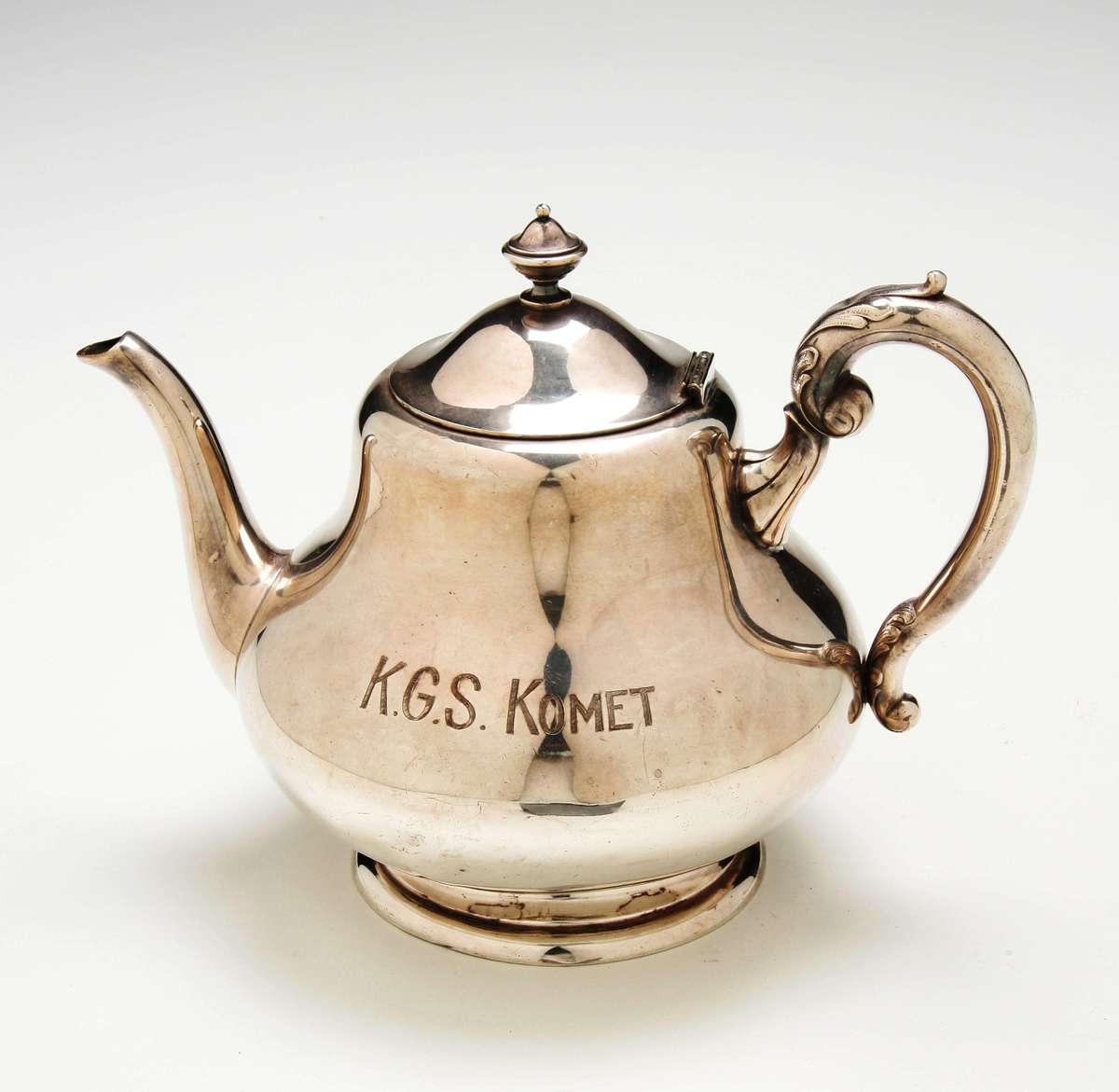 Teapot from the KOMET, part of the silver service made by Wilkens of Bremen, a company still in operation today. ANMM Collection Gift from Peg Adena

After refit, the yacht served in the Royal Australian Navy as the patrol boat HMAS Una and in the post-war period it served in the islands as Una until 1924, when it was privately sold and renamed Akuna and became a pilot vessel under the Port Phillip Pilots’ Association in Melbourne. Under this name it served with the RAN during WWII as an examination vessel until late 1943, when it was returned to pilotage duties. The Komet / Una / Akuna was finally broken up in the 1950s but parts of it remain – the teak was used for the deck of Captain John Walker’s Windsong IV of Victoria – to remind us of all Australians who have served and died in all wars, conflicts and peacekeeping operations.

April is a time also to remind us of the spirit of ANZAC, the qualities of courage, mateship and sacrifice, which continue to have meaning and grow in relevance for our sense of national identity and pride.