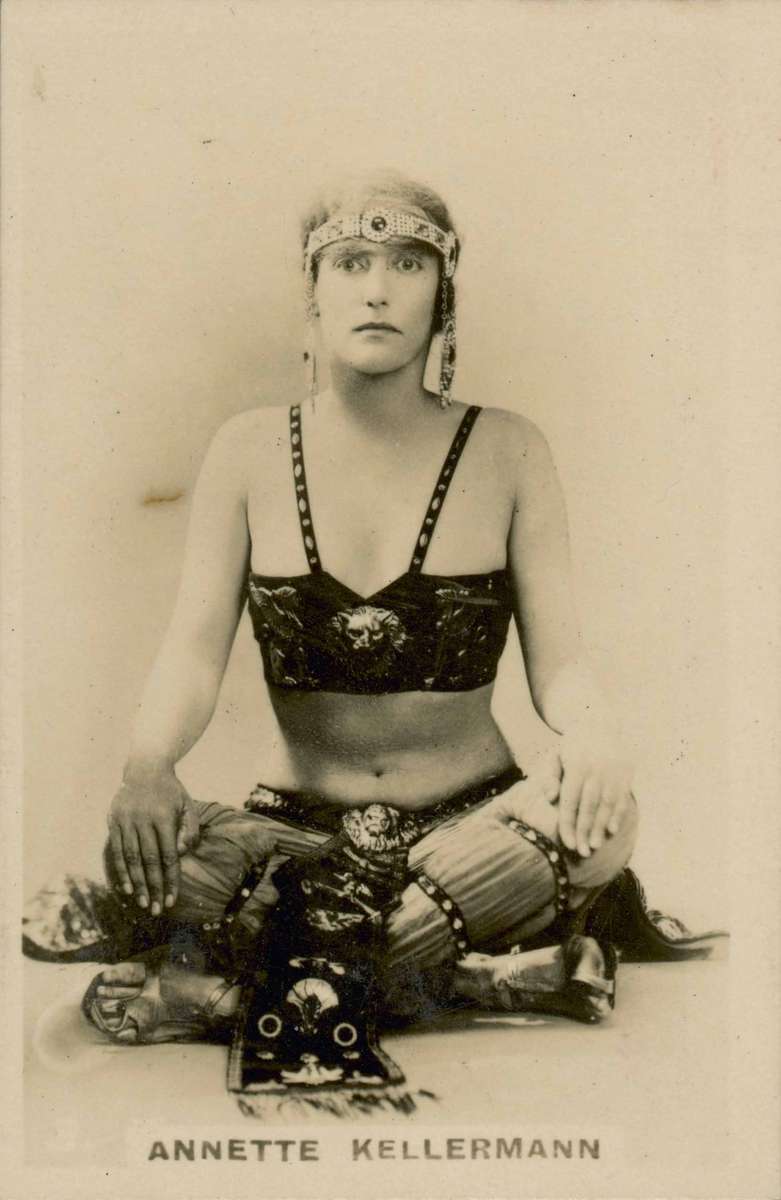 When you think of the images associated with cigarette packaging today, it doesn’t come close to this photograph of the famous Australian swimming star, Annette Kellerman. This cigarette card features a promotional still of Kellerman for her leading role in the film, A Daughter of the Gods (1916). It captures the hype surrounding Kellerman’s celebrity status, with her confident pose and revealing costume. Overall, much has been said of the mystique and heroism of Kellerman. Christened the ‘Diving Venus’, ‘Neptune’s daughter’ and ‘the perfect woman’, this image reiterates these concepts, but it hides Kellerman’s important contribution to women’s swimwear, health and fitness.

Annette Kellerman was born in Darlinghurst, Sydney in 1886. She spent part of her childhood in Marrickville before catching what she called ‘mermaid fever’ when she learned to swim at Cavill’s Baths in Lavender Bay. She won her first NSW championship in 1902 and in 1904, Kellerman moved to England with her father. She found the opportunities she was looking for when she swam the Thames, the Danube and the Seine and became the first woman to attempt the swim across the English Channel. Kellerman went to the USA in 1906 where she performed a range of dives and swimming techniques for audiences in Chicago and Boston. The media interest she attracted fuelled her ambitions for the stage and instigated a vocation in vaudeville theatres. Kellerman later realised her aquatic talents could go further and pursued a career in silent cinema, in which she performed a range of roles including the mythical mermaid, mysterious beauty and assertive heroine.

This brings us back to the image above, featuring Kellerman at the height of her fame, in character as the exotic beauty Anita from A Daughter of the Gods. Tobacco cards first came to light in the mid-1870s and were used as cardboard stiffeners. By the 1880s, its use evolved from this basic function to promotional material. The ‘product placement’ of the early 20th century, they featured a range of images, from British architecture, to boxing champions and even poultry. In essence, cigarette cards, though highly collectable and a little quaint, are examples of the way popular culture worked its way into the public consciousness.

This particular tobacco card demonstrates this concept; it can be seen as a microcosmic expression of celebrity as the packaged commodity. There is a range of surviving photographs of Kellerman in her numerous guises, usually emphasising her athletic prowess. This publicity still depicts Kellerman at her most direct, confident and sensual staring directly at the viewer, much like the earlier image below of her in a tightly fitted swimsuit. These, and other images, acquire even more significance when placed against a social and cultural context that espoused ideas of moral decency, propriety and femininity. Throughout her career, Kellerman gave lectures on women’s health and fitness and published two books in 1918, Physical Beauty and How to Keep It and How to Swim. She played a significant role in objecting to the ‘prudish and Puritanical’ ideas about women’s swimwear and purporting more practical swimsuit designs. When she was in England, she staved off accusations of impropriety by sewing a pair of stockings to the legs of her men’s swimsuit. Overall, her books are self-referential and self-congratulatory but there are other messages to be gleaned from its pages, centring on the importance of women’s health. 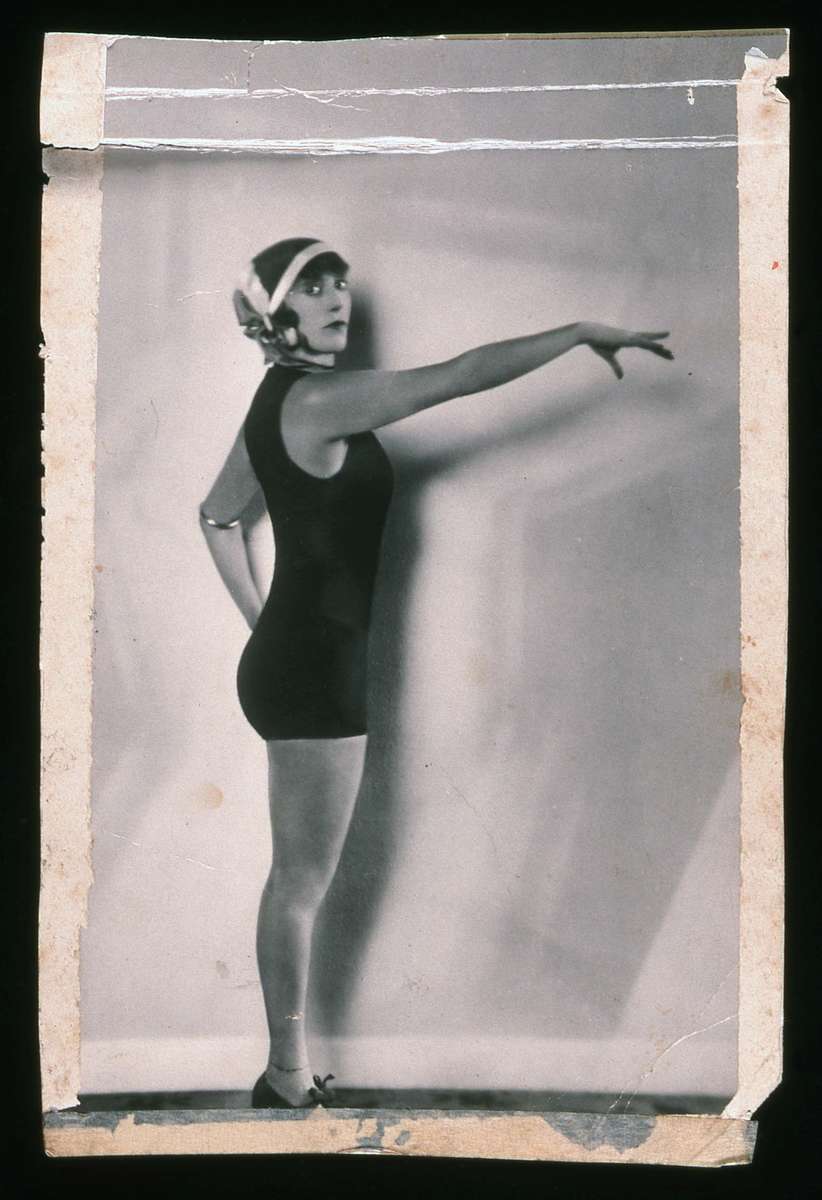 Annette Kellerman was a true performer, morphing into her many personas to suit context and audience. She encapsulated the mystery of the female form, which she used to her advantage through revealing costumes and clingy swimsuits. Underneath the surface however, were messages about practicality and women’s health. Images, such as the one on this cigarette card, demonstrate how Kellerman responded to the social and cultural values of her day and how she sought to influence these concerns in ways that were available to her. Whatever the truth or fiction behind the persona, one fact remains clear; Kellerman challenged social and cultural boundaries with her revealing costumes and provocative swimsuits. In light of the current debates surrounding plain packaging, this cigarette card seems otherworldly as it hails from an era where smoking was the norm, even glamorous. But the card moves beyond a symbol of the cult of celebrity or a relic from an era where smoking was considered an art form; it remains a lasting tribute to Annette Kellerman, the Mermaid from Marrickville.