‘History, Fate, Destiny’ – the story of a Vietnamese refugee

30 April 1975. This date marked the end of the Vietnam War, with the fall of Saigon to Communist forces and the reunification of North and South Vietnam. From the late 1970s thousands of Vietnamese fled from the new Communist regime, escaping in small boats to the United States, Canada and Australia. The first Vietnamese ‘boat people’ arrived in Darwin in 1976.  By the end of 1979, 2,011 people had undertaken the perilous sea voyage from Vietnam to Australia.  Many more died trying.

The first wave of boat people arrived at a time of dramatic social upheaval in Australia. This was a time of spirited debate about our involvement in the Vietnam War, the new concept of multiculturalism, the breaking of many of Australia’s traditional ties to Britain and the forging of new links with Asia.  Despite some opposition from the wider community, the relaxation of immigration restrictions meant that most were allowed to stay.

In 1987, 12 year old Thi Nguyen, her parents and 25 relatives escaped from Vietnam in a small fishing boat. After spending two and a half years in a Hong Kong camp, they were allowed to migrate to Australia. Seven years after she left Vietnam, Thi created three boat sculptures to represent her family’s perilous voyage. She submitted these for her Higher School Certificate examination at Burwood High School in 1994. 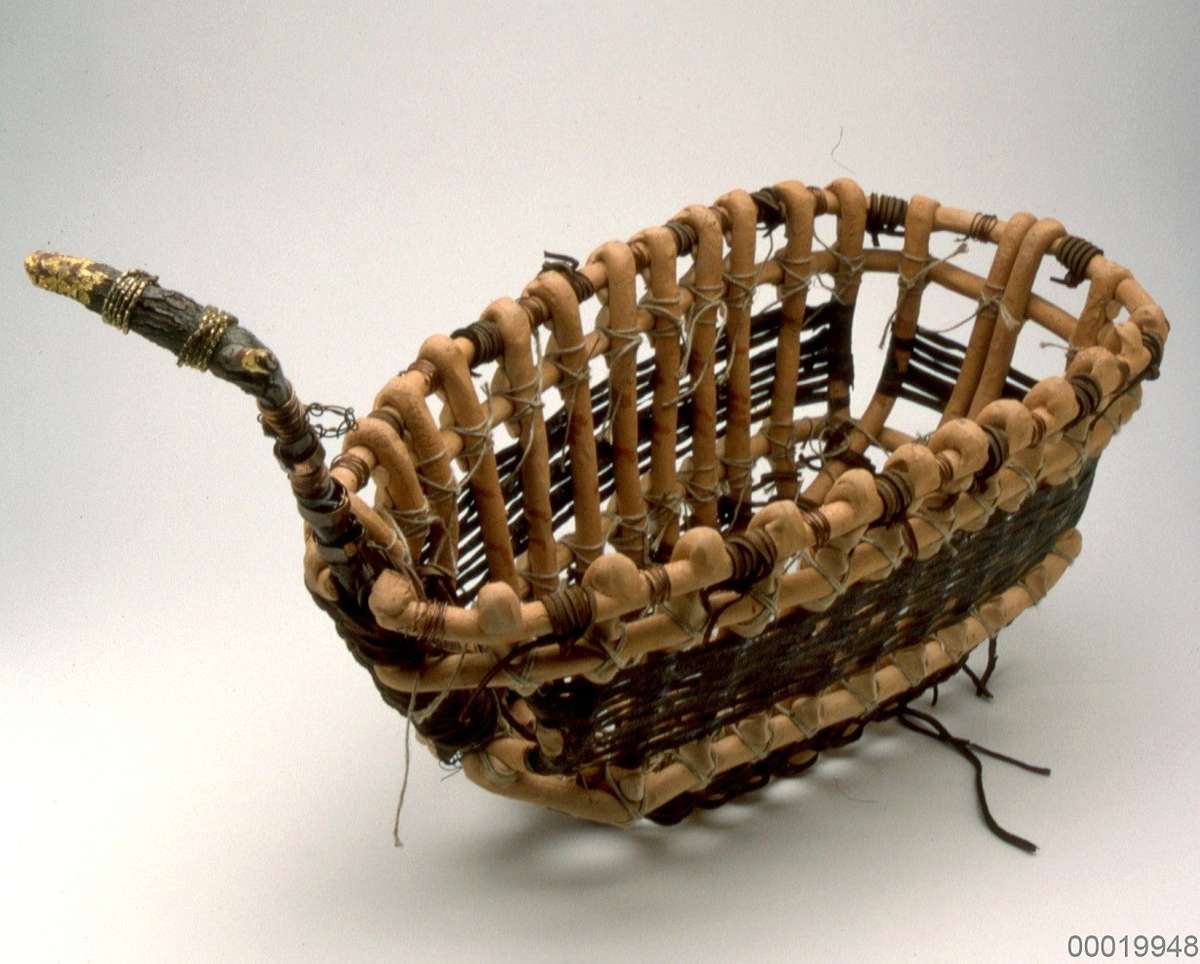 Thi named the three sculptures ‘History, Fate, Destiny’ and made them out of a selection of materials to give each of the boats a unique quality. The boat sculpture ‘History’ (00019948), is the largest of the three vessels and made from unpainted clay. It is bound with leather, string, bands of writing and adorned with gold chains. A gas ring serves as the support for the boat. For Thi, ‘History’ is symbolic of Vietnamese culture and the past. ‘Fate’ represents the fears and desperation experienced by refugees; and ‘Destiny’ embodies survival. Together, the boats tell a powerful story about the traditions, fear and endurance of Vietnamese boat people.

‘My refugee boats are an interpretation of my direct experience when leaving Vietnam. The three boats, History, Fate and Destiny symbolise the delicate uncertainty of the captive human struggle in the sea of life.’  – Thi Nguyen, artist

If you would like to read more about Thi Nguyen’s three boat sculptures, you can search our collection on-line.