The RAN’s patrol boats have operated in Australian waters since the 1960s with many and varied duties including control of illegal fishing, seaward and harbour defence, coast watching duties, smuggling and immigration control, search and rescue,  anti-infiltration and counter insurgency control, servicing of local navigational beacons, occasional inshore survey work, as training vessels for Reserve officers and sailors, and for general training in small ship handling.

We have a full size operational patrol boat as part of our floating fleet – HMAS Advance, an Attack class patrol boat which was also  a TV star! It starred in the first series of the popular ABC-TV production, Patrol Boat, as HMAS Ambush. The series was produced in 1979 and 1983 and starred Robert Coleby, Andrew McFarlane, Grant Dodwell and Danny Adcock (among others) and was filmed around Sydney Harbour, Pittwater, Kuringai and the Hawkesbury.

The Attack class was replaced by the the Fremantles and they in turn were superceded by the current Armidale class.  The Museum collects not only the past but the present too. So we have a number of items relating to all three classes of the patrol boats ranging from commissioning pennants and programs to models and menus.  A small selection is now on display.  It includes a patrol boat model-in-a-bottle and one of Bob McRae’s artworks – Bob does a lot of work with the Navy as an official artist recording offshore exercises and deployments. 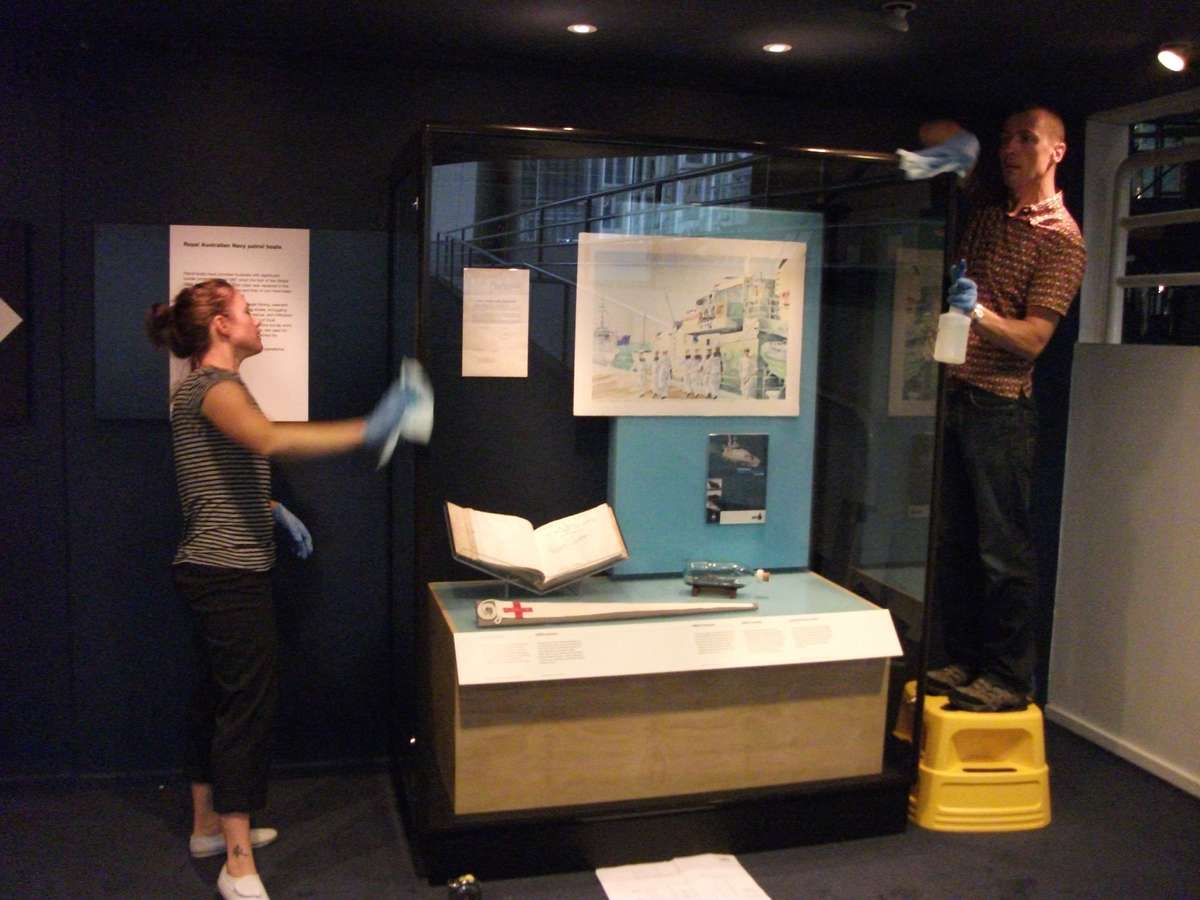 Conservator Jonathan and Registrar Tennille make sure the case is nice and sparkling.

The patrol boats material will be on display until this coming May. Drop by and see it sometime soon.