Ship portraits can be rather tedious to some. They usually only convey something of interest to those who know particular details about the ship’s construction.

However, often, they are a visual record of some of the most interesting stories in Australian history. Take the SS Burrumbeet for example. This 2420 ton passenger and cargo steamship built in 1885 had a fairly unremarkable career until it finished up in 1915 – except for the brief period in 1888 when it held national, and international, interest.

During the 1860s to 1880s there was an increasingly strong anti-Chinese movement in the Australian colonies. Although the numbers of Chinese entering the colonies had slowed since the 1860s due to colonial government restrictions and the decline of alluvial gold mining, Chinese immigration was still legal – if they possessed naturalisation papers or paid a tax on arrival.

The Burrumbeet  arrived in Melbourne on 30 April 1888 with just fourteen Chinese immigrants aboard. Six of the fourteen men offered their £10 poll-tax to enter Victoria and eight – who had been in the colonies for many years before – presented Victorian naturalisation certificates.

However they were not allowed to land. Previously, the British constitutional barrier that prevented the colonies from completely banning Chinese immigrants had been side-stepped in the case of more than 200 Chinese immigrants that arrived on the Afghan. The government invoked quarantine regulations. The same regulations were now applied to the Burrumbeet.

Quarantining a vessel was undeniably within the constitutional authority of the colonies but the then Governor of Victoria, Sir Henry Loch, was reluctant to sign the necessary order because of his concern about the effect on relations with China. Yet under increasing pressure from his parliament – who were keen to support the growing anti-Chinese public sentiment – in a practice that would echo down through history, he consented to quarantine the ship offshore before the Chinese could enter the colonies. 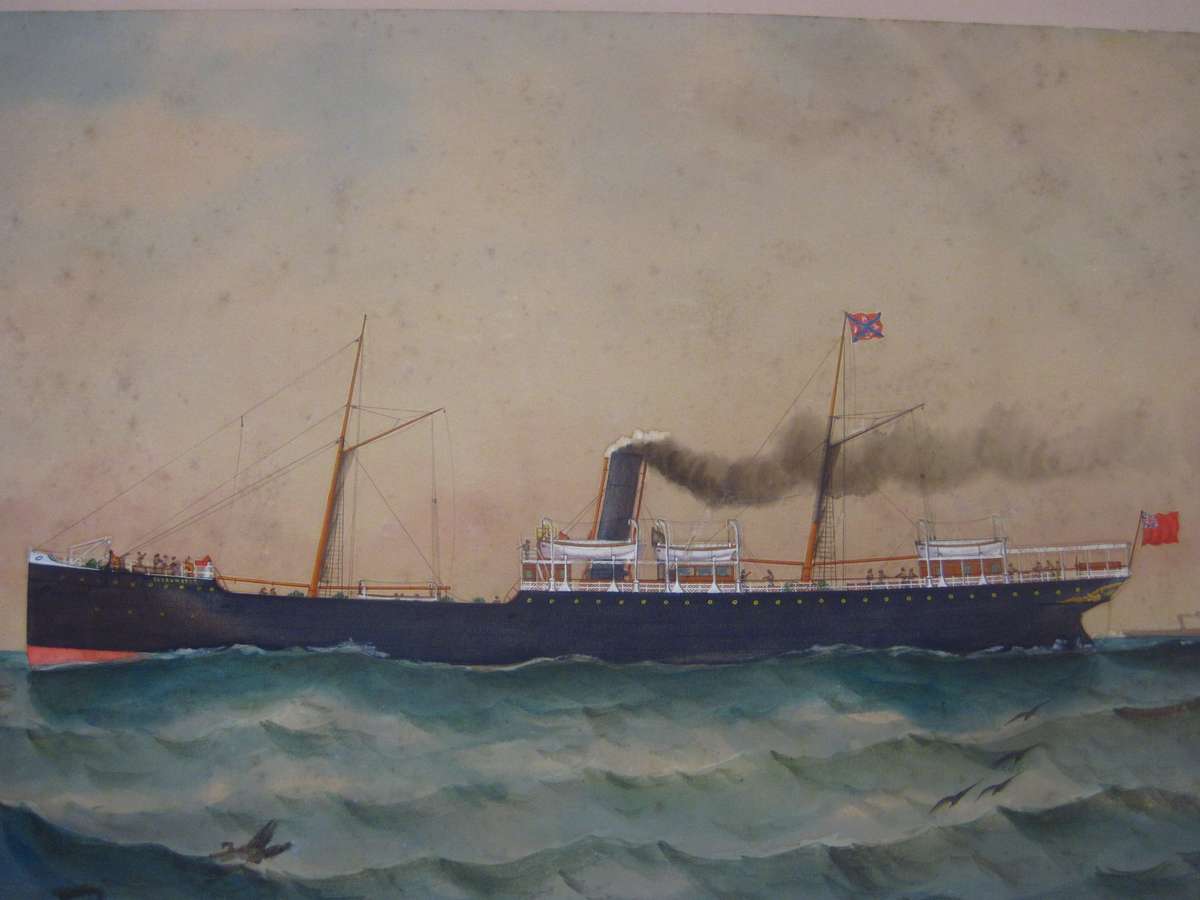 Placing a ship in quarantine meant that none of the passengers or crew should have landed until the ship was cleared by health officers. But in an act of administrative discrimination, the Chinese were detained while European passengers and crew were allowed to land.

Trade unions in Victoria and elsewhere – who had been actively and successfully struggling for better wages and conditions for workers – were very concerned about Chinese immigrants being a cheap labour force that would undercut their industrial gains. However many of the Chinese arriving in the 1880s were already effectively ‘Australians’. They had previously lived in Victoria working as market gardeners, storekeepers, labourers and miners. Some such as Wang Gay, Ah Hay, Won Kay, Le Hong, Sin Din, Lee Shun and Gee Sing had lived in Victoria for over ten years and spoke fluent English. They were returning to Australia after visiting China and presumably were somewhat surprised when they presented their naturalisation papers at Melbourne.

A delegation from the Victorian trade unions demanded the Governor turn away all the Chinese on the Afghan and the Burrumbeet. Meanwhile in Sydney, the Anti-Chinese League there had held a mass meeting, fifty thousand strong, to protest Chinese immigration.

The meeting resolved that when the Afghan came on to Sydney the Chinese would be kept on the ship by force if needed, to prevent them landing. Although the threatened violence did not eventuate other than minor incidents in Brisbane, the pressure from trade unions and anti-Chinese leagues on the colonial governments resulted in continued and heightened restrictions on Chinese entering the colonies.

There was some guarded support for the Chinese – the official position of the Presbyterian Church was that the Burrumbeet passengers were being illegally detained, but the church was careful not to adopt a pro-Chinese stance.

In May 1888, with the Burrumbeet passengers still in quarantine aboard ship, the Chinese Residents Committee of Melbourne sought a writ of habeas corpus to force the release of the Burrumbeet detainees. The Victorian government then quickly accepted the poll-tax and let the men land. They arrived in Melbourne from their quarantine off Portsea on 24 May 1888 to a huge welcome from the Chinese community in Little Bourke Street.

However by the end of May there were four ‘Chinese immigrant ships’ detained in Sydney Harbour: the Afghan, Tsinan, Guthrie and Menmuir. Many of the Chinese had certificates of exemption (including naturalisation papers) and the rest offered to pay the poll-tax. Mei Quong Tart, George On Lee and other Chinese community leaders took the matter to the NSW Supreme Court.

Even after an appeal by the Henry Parkes led Government, it was confirmed by the court that the Chinese who offered to pay the poll-tax had a legal right to land. The decision was indeed a victory for Chinese-Australians, albeit a temporary one in the face of many further years ahead of pressure to ‘keep Australia British’.

View all posts by Stephen Gapps→
Posted in: Arts and Culture , Vessels
↑