Ever wondered where the geographical term Oceania came from? In the eighteenth century, European explorers were busily charting all the island groups and working out exactly what continents there were – or weren’t – in the Pacific Ocean. By 1804, early French geographers Edme Mentelle (1730-1815) and Conrad Malte-Brun (1775-1826) coined the name Océanique as a label for what they called the ‘fifth part of the world’.

It was a part of the world that, once James Cook had worked out  there was no mysterious southern continent apart from Australia, in that scientific imperative to classify all things just had to be given a name. What had previously been referred to as an area of the globe called ‘Terres australes’, or the ‘southern lands’, became Océanique.

In 1815, Adrien-Hubert Brué (1786-1832) in turn amended Océanique to Océanie, or, in English, ‘Oceania’. Meanwhile, the patchwork quilt of different Pacific Island cultures was still being worked out by Europeans. In 1832, the navigator-naturalist Dumont d’Urville (1790-1842) initiated the geographic and ethnographic distribution of the Pacific Islands and their inhabitants between Melanesia, Polynesia, and Micronesia. Dumont d’Urville’s terminology became popular after it was formally adopted by the French Navy.

However the term Oceanie or Oceania was still a relatively obscure reference to the Pacific Islands and the Australian continent. It was to be cemented and popularised by French geographer Grégoire Louis Domeny de Rienzi (1789-1843). In 1836 Domeny de Rienzi published what was a highly derivative, but widely-read encyclopedia, Océanie ou cinquième partie du monde, or, Oceania or the Fifth Part of the World.

Domeny de Rienzi’s publication included scenes of the people, plants and animals of the various island cultures of Oceania. Australian scenes include what we would expect – strange animals such as the wombat and images of convicts. One image, in the museum’s collection, appears rather oddly in the series. It shows two deserted, shipwrecked sailors or matelots and their house built from the remnants of their ship. 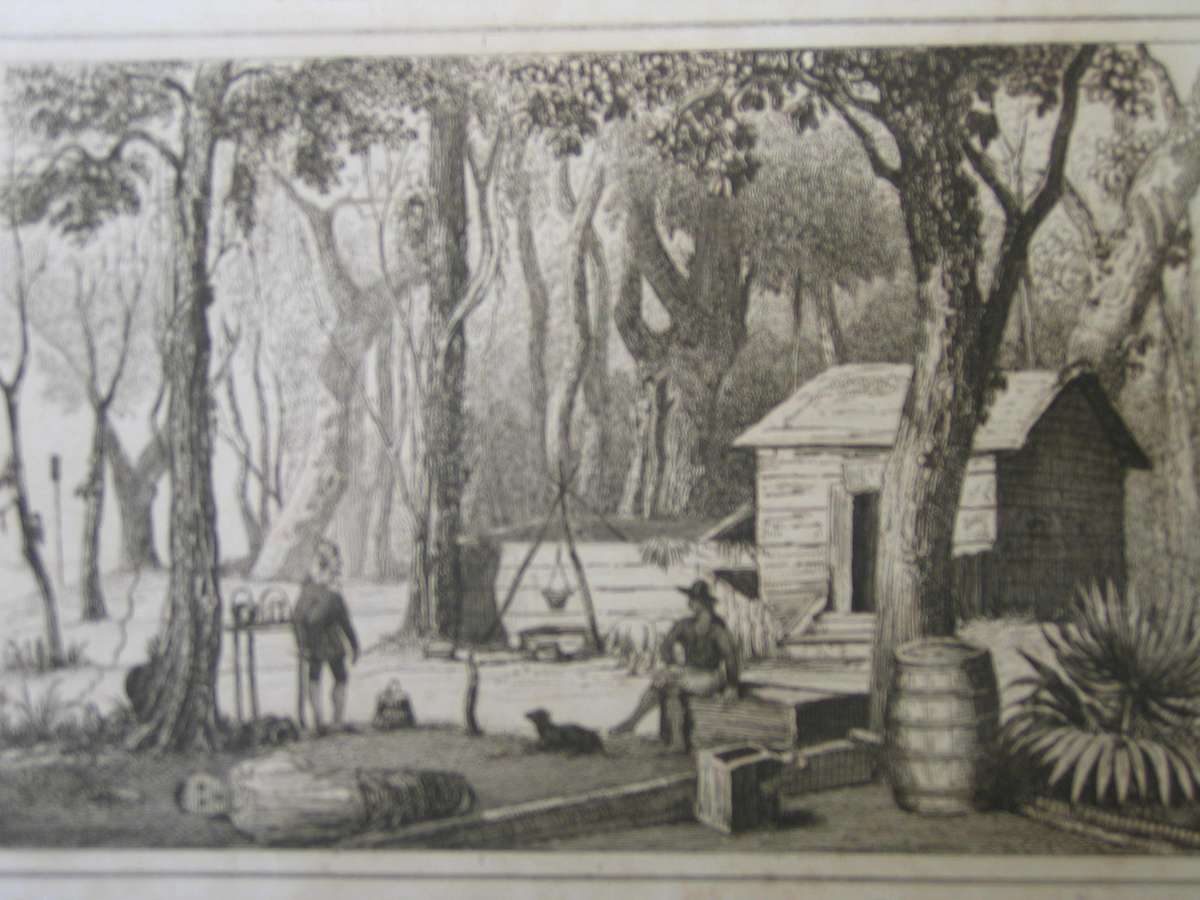 Shipwrecked sailors on the Australian coast

Since its inception in 1804, Oceania has always been a somewhat awkward descriptor for the plethora of Pacific and Australasian cultures and environments. This tension can be seen in these mid-nineteenth century popular representations of the ‘fifth part of the world’ that portrayed dramatic tales of shipwrecks as part of the geography of Oceania.